Ralf Rangnick will take charge of his first game as Manchester United interim manager on Sunday, when his new side welcome Crystal Palace to Old Trafford. Most expect the German to implement a new, more rigid tactical plan at a club that struggled for a clear identity under Ole Gunnar Solskjaer. This will require United’s players to endure a period of adjustment and some will take to this better than others. Here is a look at how life under Rangnick may suit some of United’s stars, who may benefit, and who may struggle under the new regime.

The Netherlands international has endured a difficult time since heading to Old Trafford in the summer of 2020. His signing was greeted with much fanfare at the time, but it soon became clear that he was signed due to United’s inability to secure targets like Jadon Sancho and Jack Grealish, rather than because Solskjaer wanted him.

Donny can find a way back under Rangnick, though. The former RB Leipzig boss favours short passes in central midfield, often playing a tight three in that area. Van de Beek is perhaps United’s best mover of the ball in tight spaces, and would thrive in such a system. The ex-Ajax midfielder has languished behind Bruno Fernandes in the pecking order, but Rangnick’s appointment could see him line up alongside the Portugal international.

The 19-year-old was on the verge of a loan move during the summer, before an injury saw a year-long switch to Feyenoord collapse. But the former Atalanta winger could be tailor-made for his new coach.

Rangnick famously prefers signing and developing players under the age of 23 over relying on more experienced stars, and the German is sure to relish shaping Amad’s raw talent. The Ivorian has looked brave and exciting during his brief cameos in red, and a chance to work under Rangnick could be the spark that ignites a promising career.

The maligned midfielder is already enjoying an uptick in form after thriving during Michael Carrick’s three-game stewardship. A union with the “Godfather of the Gegenpress” could be a match made in heaven for a player who leads United’s midfield in the pressing stats.

The tight midfield three mentioned earlier would offer Fred some positional protection, as his tendency to abandon his post has been costly at times. He is never likely to be the orthodox holding midfielder United desperately seek, but his energy and ability to break up play could mesh well with Rangnick’s approach. 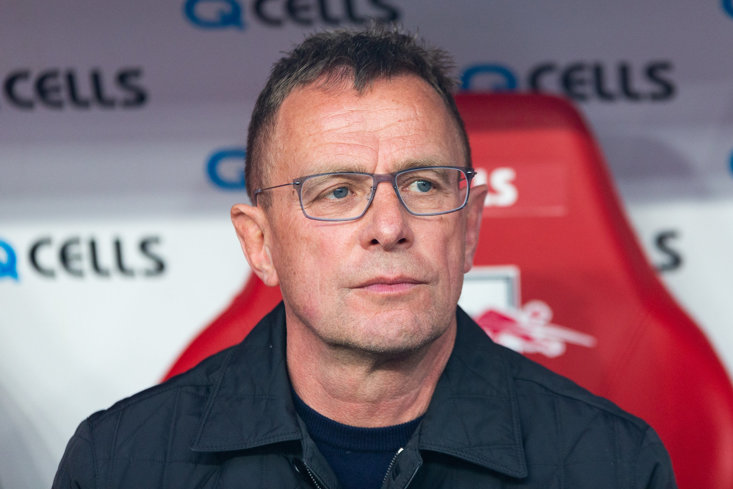 The talismanic forward has been the elephant in the room surrounding Rangnick’s appointment. The ultimate pressing manager signing for a team with the world’s best forward who never presses. The former Schalke manager was quick to laugh off this assertion in his press conference, but it is hard to shake the idea this is an ill fit.

Ronaldo has been typically effective in front of goal since joining, netting 12 goals in his 16 appearances since his return. But you do wonder if Rangnick would be so quick to stick with him were he not one of the most high-profile men to ever play the game. The energetic Edinson Cavani and the exuberant Mason Greenwood would both appear to be better fits for a team likely to defend from the front. Ronaldo is still the best penalty box finisher in the world, so it will be interesting to see how the interim manager chooses to accommodate that.

Matic’s experience and composure have often settled a disastrous United midfield this term, but even the most sympathetic observer would class the Serbian as past his best. He is most effective as a defensive screen in front of the back four, and has often found himself overrun by quicker players in recent times.

While he is defensively sound and reads the game well, what Matic does not offer is pressing. This is a key tenet of the Rangnick philosophy. At the age of 33, the midfielder is also a decade removed from the German’s favoured age range for his players.

This one comes straight from the horse's mouth. Speaking in September 2020, Rangnick said of the England international, “They could do with a left-back, I know they have Luke Shaw but I'm not so sure if he's still on the same kind of level you need for a club like Manchester United.”

Shaw would go on to enjoy the season of his career for club and country, but has struggled for form this campaign. At 26 he has time on his side, and enough pace to fit into Rangnick’s style of play. But he also has a very able competitor for his spot in Alex Telles, and a job on his hands to try and change his new manager’s mind.

Man Utd are 3/5 to beat Crystal Palace with Betfred*