Football
News
The Norwegian has been pilloried, but now he deserves some positive attention
Kris Voakes
10:00, 11 May 2021

Jose Mourinho will still have you believe that finishing second with Manchester United in 2017-18 was one of his proudest achievements in football.

“If I tell you that one of the best jobs of my career was to finish second with Manchester United in the Premier League? You’d say ‘this guy is crazy’,” he told BeIN Sports in 2019.

“I keep saying this because people don’t know what is going on behind the scenes.”

It was similar 12 months earlier, when he claimed that his Europa League triumph with United was one of his greatest accolades despite having earlier that season insisted that the competition “is not a competition that Man United wants, it’s not one I or the players want but it is a competition where we are and that is the reality.”

When United appointed Mourinho as manager it was considered that they had employed a near-guarantee of success, whereas two-and-a-half years later their introduction of Ole Gunnar Solskjaer in the Portuguese’s stead was met in many circles with bemusement and derision. And for much of the Norwegian’s spell since December 2018 there have been claims that his continued stay at Old Trafford speaks to a lack of ambition.

And yet, thanks to their win at Aston Villa on Sunday, United have booked a return to the Champions League, are on the verge of clinching a second-place finish and also have a date with Villarreal in the Europa League final in a fortnight’s time. A win over Leicester on Tuesday at Old Trafford will leave United just one point shy of confirming a top-two finish with three games remaining. Not a bad return for a guy who basically hasn’t been taken seriously since the day he walked in the door. 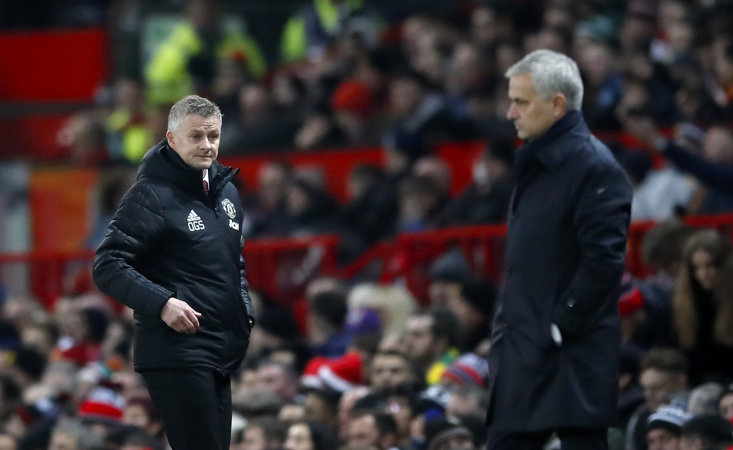 Mourinho’s box-office quotes went side-by-side with his reputation when he was breaking down barriers over a decade ago with Porto, Chelsea and Inter, but his recent spiral into relative managerial obscurity just won’t register with many who are stuck to their ways in their opinions, irrespective of his ignominious exits at Real Madrid, Chelsea, Manchester United and Tottenham. The same types of people also refuse to budge in their assessment of Solskjaer.

Having already made up their minds that Solskjaer, whose only previous experience outside of the Norwegian top flight was a chastening spell at Cardiff City, was something of a joke appointment, too many dismissed his appointment as an unambitious publicity stunt. Yet he has brought so much of the essence of Manchester United back to the club.

His opening game in charge saw United bag five goals in a Premier League match for the first time in five-and-a-half years, and they have replicated that feat eight more times in all competitions since. What’s more, he’s earned them back-to-back Champions League seasons for only the second time post-Sir Alex Ferguson and is within touching distance of both a European trophy and a runners-up spot which would match Mourinho’s two self-proclaimed highlights in the space of a single season. 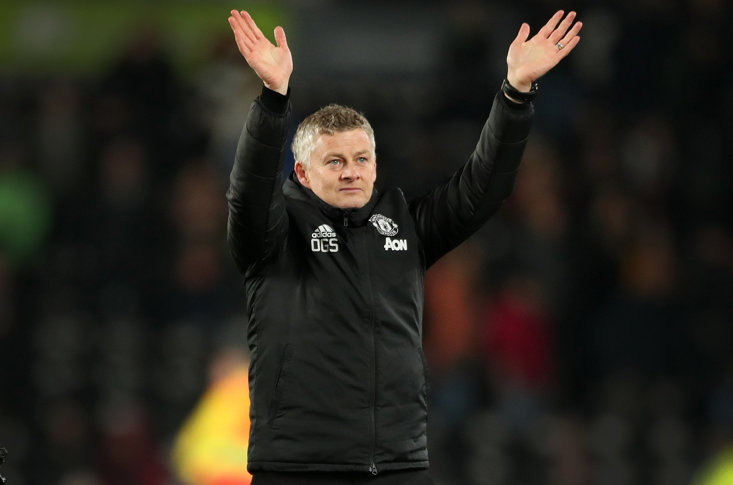 This is not to make a sweeping statement that Solskjaer is a better manager than Mourinho, nor that he is going to go on to match the Portuguese’s achievements over the course of his career. But those who continue to deride Ole’s contribution at Old Trafford need to admit they were wrong.

United now play far more fluid football than has been seen under previous managers, there are greater opportunities given to the cream of their academy crop – as evidenced by Mason Greenwood making his 100th first-team appearance recently – and he is also getting results. And he has done none of this while accumulating enemies within the senior squad.

What’s more, he is the one unifying factor among the ardent fanbase at a time when decisions made at boardroom level have led to a toxic atmosphere between the owners and supporters. Where Mourinho had gripes about the way the club was being run, Solskjaer has made the best of it, achieving with greater consistency than Jose ever managed at the Theatre of Dreams.

So while one was a supposed guarantee of titles and the other was a moderate success in Norway supposedly promoted beyond his ability, the facts right now are that Mourinho is busy planning for a rebuild of his shattered reputation at Roma while Solskjaer stands within a few games of writing his name into Manchester United history once more.

It’s high time Solskjaer’s feats are given the sort of attention Mourinho takes for granted.