Football
News
In the absence of Rashford, the Red Devils need their undoubtedly talented number 9 to step up
Greg Lea
17:06, 08 Feb 2020

Ole Gunnar Solskjaer was keen to take the positives, but overall it was another frustrating evening for Manchester United last Saturday. There is no shame in failing to beat Wolverhampton Wanderers in a one-off game. After all, Manchester City suffered a 2-0 defeat when they hosted Nuno Espirito Santo’s side earlier this season. In comparison, a 0-0 draw looks like a decent result.

Nevertheless, United are in need of a boost. The signing of Bruno Fernandes certainly led to an upturn in optimism around Old Trafford, particularly when it was announced that the former Sporting CP midfielder would be starting on Saturday. But United’s previous Premier League encounter had ended in a 2-0 loss to Burnley, and by the time of kick-off against Wolves they had fallen seven points adrift of the top four. A scoreless stalemate was not a disaster, but it was also far from the fillip Solskjaer would have been hoping for.

This was the third consecutive league game that United failed to score in. It is no coincidence that Marcus Rashford was absent through injury from those meetings with Liverpool, Burnley and Wolves. In his absence, Anthony Martial was expected to pick up the slack – but the 24-year-old has been unable to do so.

There are mitigating factors at play. Martial looks in need of a rest. Until they signed Odion Ighalo on loan, United did not have another senior option at centre-forward, with Rashford preferred on the left and Mason Greenwood still a teenager. Moreover, a lack of midfield creativity has plagued United all campaign. It is no surprise that they have scored fewer goals than any of the top five – and found the back of the net just four more times than relegation-threatened Aston Villa. 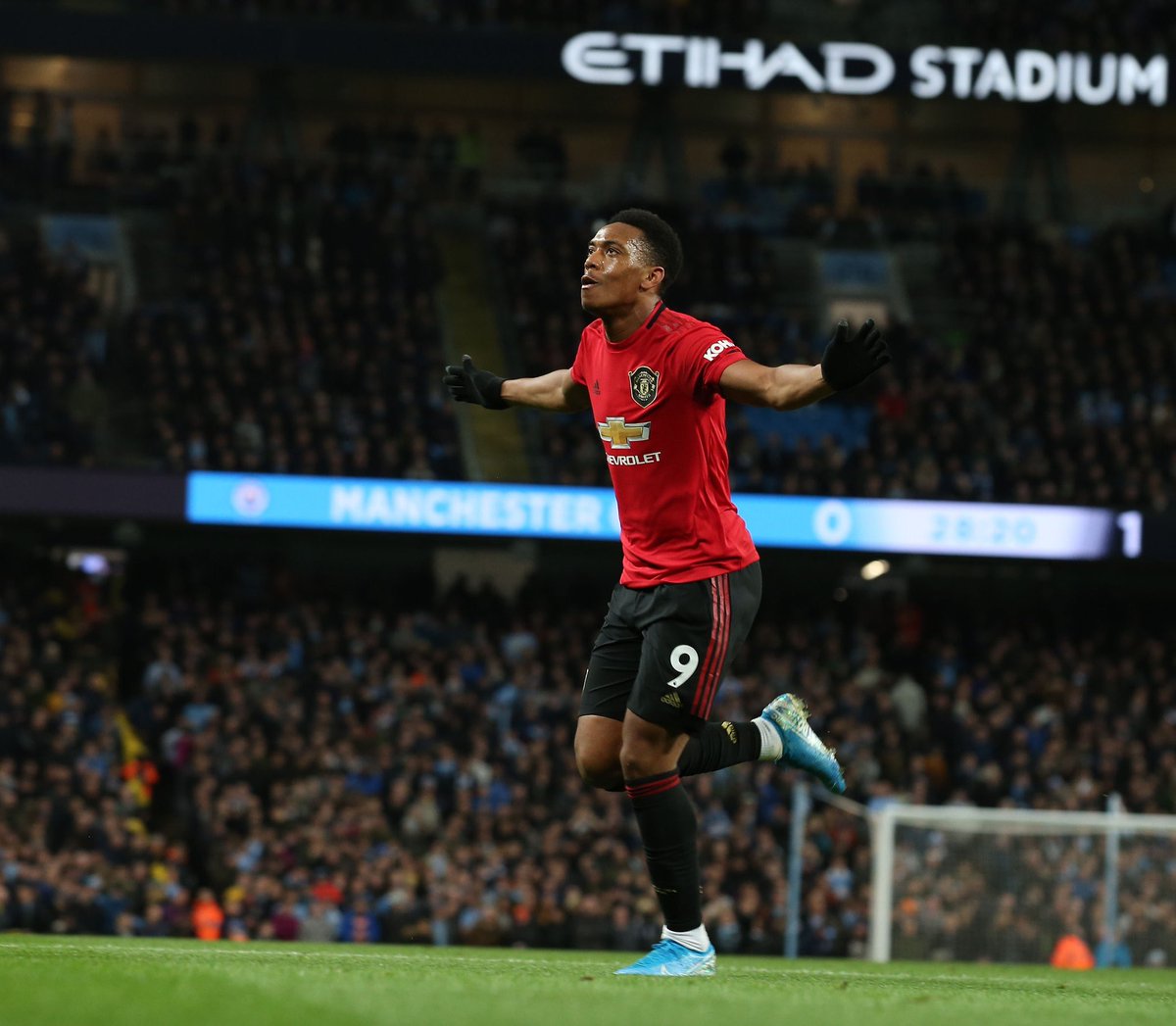 Nevertheless, there is a sense that Martial has not kicked on to the extent he should have. The French forward is now in his fifth season at Old Trafford. He continues to flit in and out of games, and is also inconsistent from week to week. There can be no denying Martial’s talent, but he is not always able to make the most of it on the pitch.

“He's giving us everything. I think he's started the last eight games in this month, and he's running probably 20 per cent more than what he did when I came here," Solskjaer told the media after Saturday’s clash.

“That shift goes with all the other players as well, by the way. So it's not just mental robustness and tactical, it's that physical side we've had to work with, because they are making strides. But the difference in that, compared to when I came in, the squad weren't right.

“Well, we'll give him [Martial] more support, give him rest when he deserves it. If he does have that rest, if he plays a little bit less - because he's been asked to play too much as well, especially now when Marcus is injured - as a striker, if you don't just get there that split second, that's a big, massive difference.

“I've praised him, I've sat down with him and I'm delighted with him. I know that he's tired, but he's never ever dodged a training session. He's training, he's available for every game, so I’m delighted with the boy.”

Martial has scored eight goals and provided three assists in the Premier League this term. Those are acceptable numbers, particularly as he often drops deep and allows Rashford, United’s chief goal threat, to run in behind. In the England international’s absence, though, Solskjaer needs much more from his No.9.