Right, enough of all that other nonsense, here’s a Super League we can all get behind. The WSL is approaching the final furlong and this is set to be a key week in deciding who wins the title, and who gets relegated. Here is what we have to look forward to...

Midweek presents us with two key games from the WSL at either end of the table. West Ham host bottom club Aston Villa knowing that a defeat will see the Villains leapfrog them in the table. Goals have been easy to come by for the Hammers over the last two games, having thumped Reading 5-0 in the league, before hitting 11 past Chichester City in the FA Cup.

These two have won just six games between them all season and both sides will be desperate to win this relegation six pointer. Villa look in trouble having lost their last six in all competitions, including conceding six to Man City in the FA Cup. This game is simply huge.

Where: The Academy Stadium, Manchester 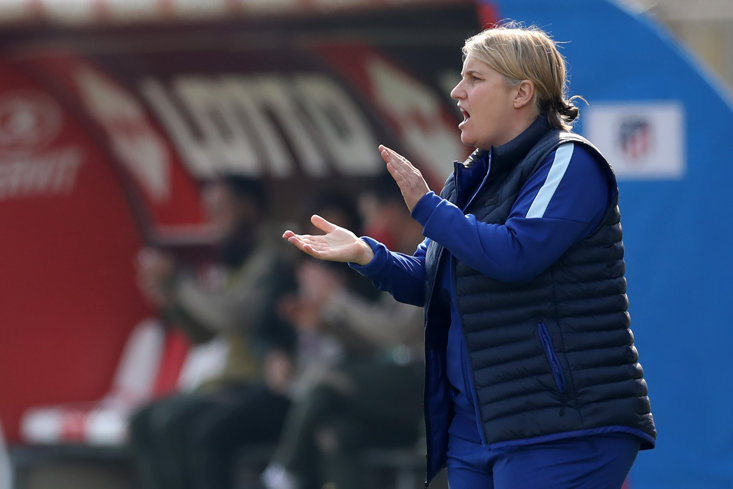 The game we have all been waiting for this season. The winner of this one could well go on to be crowned champions of the WSL, with just two points separating the top two this season. Chelsea are currently leading the way and are still on course to complete the quadruple this season but Man City know they can go top if they win this one.

Both teams have lost just one game this season, with Chelsea the only side to beat City in the reverse fixture, winning 3-1, a game in which both Sam Kerr and Fran Kirby scored. Those two will be key in breaking down a stubborn City defence, but Chelsea are in top form, having won ten of their past eleven games in all competitions. This one is a must-watch.

Aston Villa again. This week they face back-to-back relegation six pointers as this weekend, following their tough tie against West Ham, they will take on second-bottom Bristol City. Villa are currently one point behind the Robins with two games in hand, but fail to beat West Ham on Tuesday and this tie will become a whole lot bigger. It’s essentially a relegation play-off.

Villa have lost their last six in a row and Bristol City have won just two league games all season, having also been beaten 6-0 by Chelsea in the WSL Cup. They have picked up a couple of important draws in recent weeks to give themselves a chance of survival, but Tanya Oxtoby will have already identified this fixture as a must-win game.