After four games, the 2022 World Cup is well and truly underway, with major wins for England and the Netherlands on day two. Meanwhile, eight more teams make their World Cup bow on Tuesday, including a certain Lionel Messi and Argentina. Here’s all the latest news from Qatar.

There were concerns that England could struggle to break down an Iran side that had conceded just four goals in qualifying for this tournament. Instead what we saw was all-out attack from Gareth Southgate’s side as they hit six past Iran.

Jude Bellingham was the star of the show as he scored the opener, while there was also a brace for Bukayo Saka and goals from Raheem Sterling, Marcus Rashford and Jack Grealish.

The only slight disappointment came as England conceded twice, the second a shocking penalty decision given by VAR, after Harry Maguire was not given one despite being manhandled in the opening few minutes. Meanwhile fans were stuck outside after an issue with FIFA’s ticketing system. But this was a good opening for England. If you can’t smile watching them score six in a World Cup game, then when can you?

Dutch fail to impress despite win

The Netherlands were expected to top Group A at a canter, but they failed to impress in their 2-0 success over Senegal. They needed late goals from Cody Gakpo and Davy Klaasen to get the job done.

It was a poor game with little to choose between the teams, and the Netherlands failed to create much at all. But ultimately Louis van Gaal’s team got the job done, and that is all that matters. With Ecuador and Qatar to come, they are likely to top the group and face the runners-up of England’s group.

It had to be him. Gareth Bale stepped up to whip in a late penalty to rescue a 1-1 draw against the USA, which gives Wales a great chance at progressing past the group stages. They face Iran on Friday, who looked absolutely woeful against England and should be the group’s bottom team, based on performances so far.

Bale and co will want to get a confidence boosting win against Iran, before the USA take on the Three Lions in the late kick-off. They reached the knockout stage at their last appearance in 1958 - and now look like they could repeat that feat with the class of ‘22. 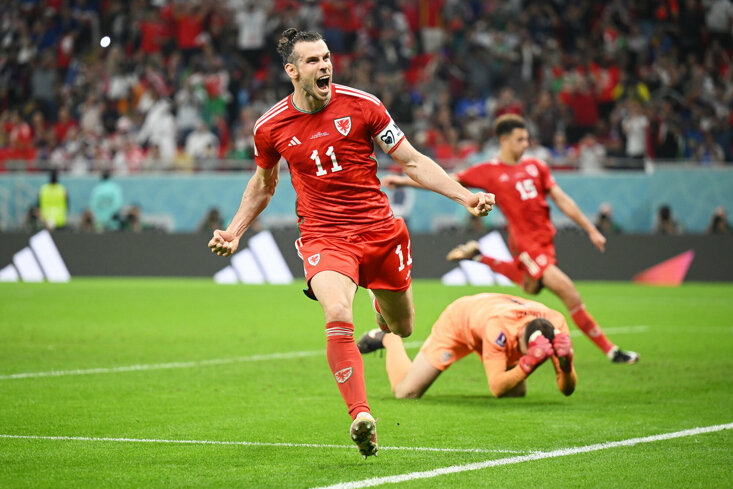 Lionel Messi and Argentina get their World Cup campaign underway on Tuesday morning against Saudi Arabia and the main man himself has been speaking to the press ahead of what is likely to be his last World Cup. Can he give himself the fairytale ending?

"I haven't done anything different, I just took care of myself. I have worked as I have done throughout my entire career. This is a special moment, most likely my last World Cup. My last opportunity to make my dream, our dream a reality."

2018 World Champions France begin their campaign against Australia on Tuesday night, and they will be hoping to fare better than the last few winners of the trophy. Italy, having won the 2006 World Cup, flopped in the group stage four years later - 2010 winners Spain were stunned in Brazil and headed home early, before 2014 champions Germany were humbled in Russia by South Korea.

Three consecutive group stage exits for the holders, and four in five this century if you include France’s group stage shocker in 2002. You’d think, in a group with Australia, Denmark and Tunisia that Didier Deschamps’ side would progress - but there is always a shock in the group stages. 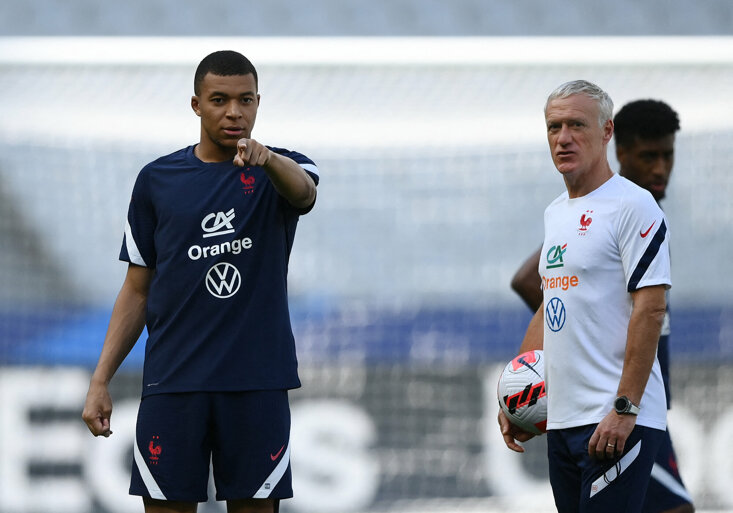 Can Deschamps get Mbappe to shine again?

So much added time

There were a total of 24 minutes of added time in England’s game against Iran, and nine minutes signalled at the end of the Wales vs USA game, leaving many onlookers (and Bale), to ask where the time had come from.

Well, as Pierluigi Collina explained before the tournament, the added on time is now being more accurately calculated by the officials, rather than estimated by the referee.

“If you want more active time, we need to be ready to see this kind of additional time given,” the world’s most famous former referee said.

“Think of a match with three goals scored. A celebration normally takes one, one and a half minutes, so with three goals scored, you lose five or six minutes.What we want to do is accurately calculate the added time at the end of each half. It can be the fourth official to do that, we were successful in Russia and we expect the same in Qatar.”

So expect the fourth officials to continue to signal for double digits for the rest of the World Cup.

We’ll leave you with this simple statistic - Goals in the opening four games since 1994: