Football
News
Arsenal or Chelsea could win the title on the final day
Simon Lillicrap
08:00, 08 May 2022

Emma Hayes’ Chelsea are 90 minutes and one win away from securing their third Women’s Super League title in a row and once again establishing themselves as the dominant force in the women’s game. They are a point clear of second-place Arsenal heading into the final day, and only Manchester United stand in their way.

Marc Skinner’s United side still harbour outside ambitions of securing a Champions League spot this term, but they’ll need to beat Chelsea and hope that Manchester City lose to Reading, two outcomes that seem incredibly unlikely ahead of kick-off.

Meanwhile, Arsenal travel to West Ham knowing that a win will round-off an impressive season and put the pressure on Chelsea - but it isn't likely to be enough. Jonas Eidevall’s team have lost just one game this term and drawn four, but it is that shock defeat to now-relegated Birmingham City that looks likely to cost them the title, given how dominant Chelsea have been over the last five years.

If they win the title on Sunday, it will be four from the last five, including two Invincible seasons. In that five year spell they have lost just five matches, two of them coming this season. They may have only won the league by one point last season, and look set to do it again this season, but their relentless dominance has been so impressive - as has Hayes herself.

Her next move will be well worth keeping an eye on, after dismissing insulting links with the AFC Wimbledon job two years ago, but perhaps the WSL needs her to move on to attract further interest. If Sir Alex Ferguson’s relentless dominance made the men’s game dull in the 1990s until Arsene Wenger and then Jose Mourinho came along, the same could be said of Hayes.

Her ability, tactical knowledge, and incredible squad have made this league a two horse race this term, and that means that Arsenal deserve huge credit for taking it to the final day. They were in pole position after an exceptional first half to the season, but Chelsea’s winning ways eventually put so much pressure on the Gunners that they cracked. It isn’t quite over yet, but it would be a major surprise if Arsenal were to lift the trophy this weekend. 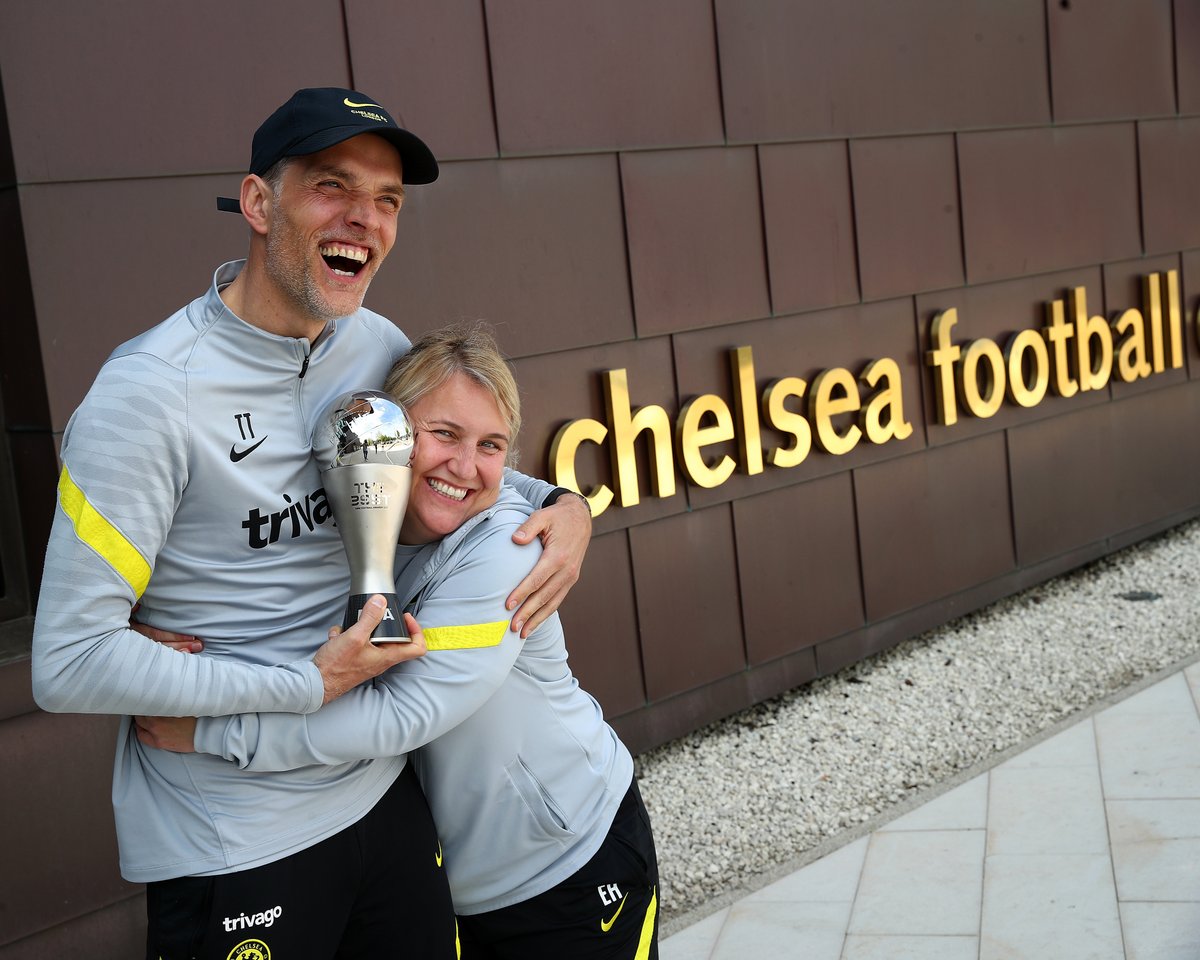 Their hopes lie with a Manchester United side that should have already secured a top three finish by now. Instead, they are left trailing their city rivals after two draws in their last five. City may have only got going once their injury-crisis was behind them post-Christmas, but are now on a run of twelve consecutive victories that has taken them into the top three and secured the WSL Cup.

The gap between the top four and the rest of the league is gargantuan. So much so that may expected a four-horse title race this season given how close City got last term. Manchester United were in well in the title race after a good run of form over winter, but they fell away and it has been left to the top two to battle it out, week by week.

Sam Kerr looks likely to secure the Golden Boot for the second consecutive year from Vivianne Miedema, who could yet depart Arsenal this summer, but there is one more dramatic day to decide which goalscorer lifts the big prize.

Chelsea and Emma Hayes hold all the cards, but Eidevall will be hoping Manchester United have an ace up their sleeves.