It was predictable. After the summer shambles and behind the scenes chaos that unfolded at the Camp Nou, Ronald Koeman’s position has constantly seemed under threat and now after a Champions League hammering at the hands of Benfica, it appears he will leave the club.

His brief spell at Barca saw them win the Copa del Rey last year and finish third in La Liga, but without Lionel Messi and co, they have found life more difficult. Their Champions League campaign has consisted of two 3-0 defeats and although they are still unbeaten in the league, three draws against the likes of Cadiz and Granada have left fans frustrated. So with Koeman’s departure all but sealed, which candidates can lead the club through this rebuild?

This job may come too soon for the Barcelona legend but it does have a certain amount of romanticism to it. Make no mistake about it, Xavi will be Barcelona manager one day, it is a role he has been touted for for almost a decade now - but does he want to take such a big risk at this moment of time?

He’s done a good job with Qatari side Al-Sadd, leading them to a domestic treble last summer and it is clear that his main influence is the Pep Guardiola side he was part of that dominated European football. Tika-taka take two is something that Barcelona fans would adore, but perhaps for Xavi, it is worth letting somebody else take the reins for the next couple of years while he gains more experience.

Another midfielder that Europe loved with little managerial experience? Sure. Andrea Pirlo’s name has been bandied about for this job despite the fact that his spell at Juventus was a short one. In charge of the Old Lady, in which he spent four seasons as a player, he failed to win Juve’s tenth title in a row, losing out to Inter Milan and that would cost him his job. 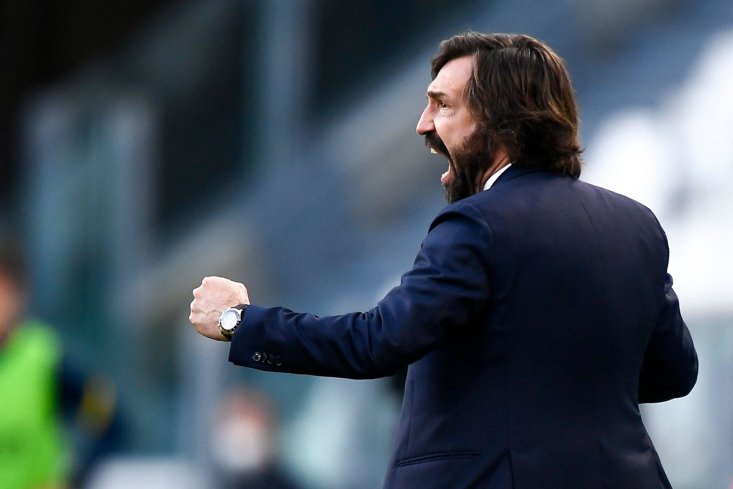 The Champions League exit to Porto on away goals in the last 16 did not help, but he did win the Copa Italia against Atalanta before being replaced at the end of the season. Juve’s poor start to this season under Maurizio Sarri perhaps proves that Pirlo did a better job than he was given credit for, but it still feels like a huge risk for the Barca board to take at this moment in time.

The current Belgium boss has repeatedly flirted with the idea of becoming Barcelona boss over the last few years. After his name was linked again this week he told HLN: “There is absolutely nothing - and there has been no contact with Barcelona. I want to fulfill my contract, but many things may arise along the way”.

If he is offered this job, he definitely takes it, but can Barcelona afford to bring him and his backroom staff, that includes former player Thierry Henry to the club? On paper, he has the credentials. He manages the number one ranked international side in the world and has won 50 of his 64 matches in charge, but yet he still has not delivered the trophy that this golden generation could have won.

The current River Plate manager is also an option for Barcelona, who could go for the Argentinian. Although he has no experience in European football, his CV in South America is stacked, He has been in charge since 2014, won a huge haul of trophies including the Copa Libertadores in 2015 and 2018 and won plaudits for his flexibility and style of play.

He relies on youth players, has an intense pressing and passing style and most importantly for Barca, is a true winner. He loves to promote young players and relies on every player, including the goalkeeper to be comfortable with the ball at their feet under pressure. He could be the perfect fit to drag Barcelona forward.

Out of a job, has recently won a major league in Europe and has a bucketload of experience. Conte could be a brilliant short-term option for the club but his style of play does not fit their footballing philosophy and he certainly wouldn’t provide the long-term rebuild that they need.

However, perhaps bringing in Conte for 18 months to two years would then provide the perfect bridge until Xavi is ready to take the job. Still feels unlikely.

Barcelona face a tough trip to the Spanish capital this weekend to take on reigning La Liga champions Atletico Madrid. The Catalans are 3/1 to win away from home with Betfred, while Atletico are odds on at 10/11. The draw can be backed at 5/2.