When it was announced that Vasyl Lomachenko, arguably the pound-for-pound best fighter on the planet, would take on the exciting Teofimo Lopez, 23, it had fight fans salivating. A rare bright spot in an ultimately damp squib of a year in boxing.

Thankfully, the meeting between the two in Las Vegas on Saturday night lived up to all of the pre-fight hype with Lopez making a huge statement by out-boxing a man who many thought could never be out-boxed, snatching the Ukrainian’s WBC ‘franchise’, WBA and WBO belts and adding to them IBF strap he already had, with a unanimous decision win. There’s a lot to unpack, here are some talking points from a potential Fight of the Year contender...

A New Superstar Is Born

Lopez, now 16-0 (12), had been calling out Loma since his sixth professional fight, whilst his father, echoing his son’s brashness, vowed that the then 20-year-old would one day seek out and destroy Lomachenko. Three years on, what must have seemed like ‘Mission Impossible’ to many, has become a mission accomplished for the Lopez’s.

Teofimo Lopez wasn’t exactly a household name before this fight but, now the proud holder of the most sought after scalp in boxing, that’s going to change. The Brooklyn native even solidified his name in the history books by becoming the youngest ever boxer to be a four-belt champion.

Mike Tyson took notice of boxing’s newest superstar, writing on Twitter, “Brooklyn was definitely in the house tonight. Lopez is the man to beat. Another Brooklyn champion.”

The new king in town is spoilt for choice should he decide to stay at 135 lbs, with a host of great talent to pit his skills against with the likes of Ryan Garcia (should he beat Luke Campbell), Gervonta Davis (same again but with Leo Santa Cruz) and Devin Haney having all called him out.

Lopez is a big guy at 135 lbs though and it wouldn’t be surprising to see him move up in weight. The winner of Josh Taylor’s unification bout with Jose Ramirez at 140 lbs is something that Lopez has expressed his interest in before and would make a mouth-watering prospect. 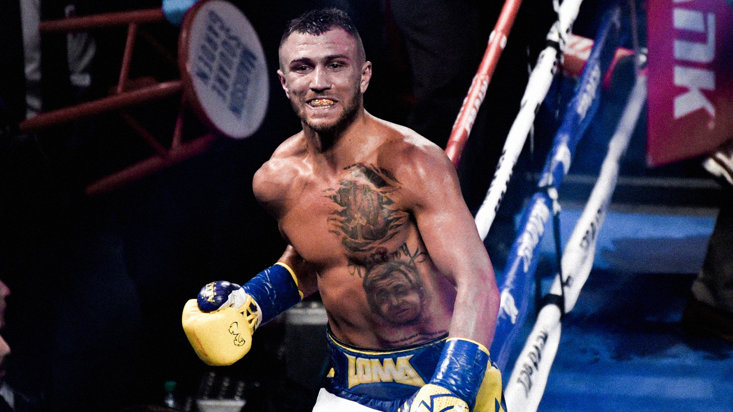 Lomachenko, now 14-2 (10), isn’t a man who loses often. This was just the second time he’d lost as a professional, third altogether including amateurs and his first since the beginning 2014, so you know Loma’s pride hurt more on Sunday morning than most of the hangovers around the world combined. Now, he needs to bounce back and there’s no rematch clause for Lopez to honour, so don't expect a return bout any time soon.

Although Lomachenko dominated in the lightweight division before Saturday’s defeat, with great wins against Jorge Linares, Luke Campbell and Jose Pedraza, he’s looked vulnerable at times, taking shots when he normally wouldn’t have. Will Lomachenko elect to stay at this weight or choose to move down to a more comfortable fighting size? We’re betting he’s too stubborn to drop a division and stays put.

Julie Lederman won’t find herself on either Lomachenko or his promoter Bob Arum’s Christmas card lists this year after giving an obscene verdict of 119-109, meaning that Lomachenko only won a single round. Lopez fully deserved the win but Lomachenko wasn’t that bad! Fortunately the other two judges gave far more accurate scores of 117-111 and 116-112

Arum said in the aftermath, “Lopez won, 7-5 is the way I scored it. I can see 8-4, that's a possibility. But you can't score it eleven rounds to one and say you watched the fight. Ninth, 10th and 11th weren't close.

“I would advise any fighter that I have to ask for the commission not to appoint Julie Lederman.”

Lopez isn’t the only person who came away from Saturday a big winner, with Floyd Mayweather Jr taking a cool $20,000 from the fight. The 50-0 former boxer staked $6,500 that Lopez would emerge victorious against the betting favourite Lomachenko, and it paid off dividends.

The five-weight world champion posted the betting slip on social media with the caption ‘a light win’.

A great return for the man who knows all there is to know about winning. And making money.