Tennis
News
The pair have won the French Open and now have Wimbledon and Tokyo gold in their sights
Conor Keane
17:20, 08 Jun 2021

Ant and Dec, Morecambe and Wise, Torvill and Dean. Now Britain has another remarkable pairing to add to that list. Alfie Hewett and Gordon Reid have made history at the French Open by becoming the most successful all-British doubles pair ever in wheelchair tennis.

The duo claimed their sixth consecutive Grand Slam title after defeating Stephane Houdet and Nicolas Peifer in straight-sets, 6-3, 6-0. This triumph means the top seeds have now won 11 Grand Slam titles together, breaking a British record that had stood since 1905. Before this victory, they were equalled with the record set by brothers Reginald and Laurence Doherty between 1897 and 1905.

After their most comprehensive win over Rio Paralympic champions Houdet and Peifer, Hewett was humbled, but delighted with the performance.

“I think what we’re doing as a doubles partnership is very special within wheelchair tennis. We’re a force to be reckoned with right now.”

On breaking the Doherty brothers’ record, Hewett said: “It was a long time ago. I don’t think it is quite the same now. But to still have those titles is very pleasing for us.”

After a slow start, losing their first service game, the leading duo in wheelchair doubles for the last five years were able to switch on and cruise to a comfortable win.

Reid told BBC Sport: “We put in a huge amount of time and work together to keep improving as a team and to make sure no stone is unturned.

“Winning breeds confidence and the performances we’ve been putting in help with confidence too.”

Hewett then rounded off an excellent week with another impressive performance at the French Open by retaining the wheelchair singles title with a straight-sets win over top seed Shingo Kunieda.

The 23-year-old triumphed over the Japanese star 6-3 6-4 to claim his fifth Grand Slam singles title. Following his semi-final comeback win over Gustavo Fernandez, Hewett said it had been the best match of his life and he was determined to build on his performance against Kunieda.

He said: “After playing that sort of match against Gustavo, it would be a shame to not go into today and try and play better tennis. 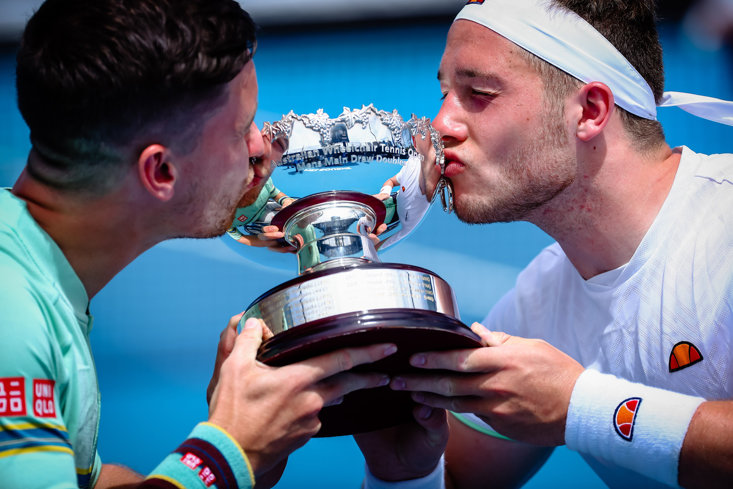 “I think the quality dipped in and out of that last one but today the quality was one of the best finals I have played.

“I have played four or five recently and felt very nervous and tense at the beginning. I felt like I came out of the blocks really well, and that was a big thing I was looking at.”

The accomplishments that these two athletes have achieved is nothing short of amazing, and the British public should be immensely proud of them. This is one of the success stories this country has needed after the toll the Covid-19 pandemic has had on the nation and without three-time Grand Slam winner Andy Murray at Roland-Garros this year, Hewett and Reid have flown the British flag high and have earned the pride of the nation.

The players will both turn to Wimbledon next, Reid having won the wheelchair men’s singles title back in 2016 and Hewett reaching the semi-finals in 2017 and 2018. Together, they won the 2016 and 2017 men’s doubles, beating Houdet and Peifer on both occasions.

The pair will both want to get some more strong performances under their belts before they head to Tokyo in the summer for the Paralympic games. In Rio, the pair contested the wheelchair men’s singles final with Reid taking the gold, while the duo won silver in the men’s doubles - one this is for sure, they will be eyeing up gold this time around.