Football
News
There are a number of big names with different approaches on the Hoops' shortlist
Simon Lillicrap
16:15, 25 Feb 2021

This isn’t a tough ‘guess the missing number’ question on an IQ test but instead is the number of points that Celtic have won the Scottish top flight by over the past nine years. It has been complete and utter dominance, during which time on average they have won the league by a stonking 18.67 points. However, this season, everything has changed.

Rangers are back on top and, to put it lightly, it has not been Celtic’s season. After winning nine titles in a row, and with the elusive decade of dominance just one season away, they’ve fallen way short. Club legend Neil Lennon resigned on Wednesday with the Hoops 18 points behind their Glasgow rivals and now the club face the task of appointing a new manager for the second time in two years.

This is Celtic’s most crucial managerial appointment in the past 10 years. Rangers are, barring a never-before-seen miracle, about to finally be crowned champions once again and Steven Gerrard has transformed the Gers from nearly men into winners on the domestic and European stage. Not only are Rangers winning games, but they are also thrilling to watch as we saw in that epic 4-3 success against Royal Antwerp in the Europa League a week ago. Celtic, meanwhile, finished bottom of their group in the same competition.

The Hoops would hate to admit it but the green eyes of envy are, for the first time in a long time, now glancing towards Ibrox. Lennon, despite this season’s failings must still be regarded as a legend at Celtic Park, as he was the manager who wrestled the title back from Rangers in 2012 after three consecutive years watching the blue half of Glasgow celebrate. In came Norwegian Ronny Deila, who continued the success before Brendan Rodgers took them to the next level, winning every domestic trophy as well as going unbeaten in 2016/17. 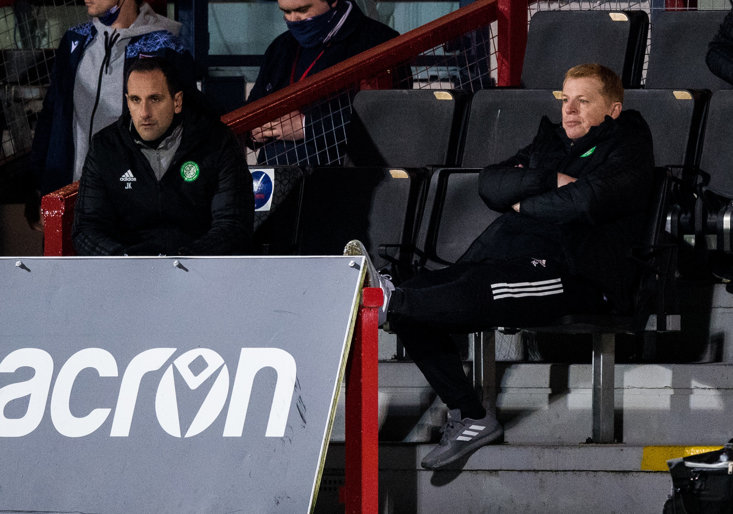 Now, though, Celtic are at a crossroads, with a real challenge on their hands. They’ve been knocked off their perch and must find the right manager for the job, someone desperate to get them back on top. John Kennedy, the current interim manager, is 7/4 for the permanent job with Betfred, but remember that means your bet wins if he manages 10 games or more. If they give him until the end of the season, with nothing to play for, that could be a smart move.

Elsewhere, Eddie Howe is a serious candidate (7/2 with Betfred) having been out of work since leaving Bournemouth in the summer and could be tempted back into work by the Scottish giants. However, he may also be saving himself for a job in the Premier League, having been settled on the south coast for the past decade. The current Scotland boss, Steve Clarke, is also in the running at 4/1 but it seems unlikely that he will throw in the towel anytime soon having just guided Scotland to their first major tournament since 1998.

The name that could reignite a famous rivalry is Frank Lampard (6/1). Having led Chelsea to a top-four finish, his CV is certainly stronger now than when he got the job at Stamford Bridge, but would he be willing to put it on the line for a chance to take on his former national teammate Steven Gerrard? It would make for compelling viewing for every fan of England’s ‘Golden Generation’.

Other names currently in the frame include Belgium boss Roberto Martinez (although there is little chance he’ll ditch Belgium for Celtic), Rafa Benitez, who is currently out of work, or perhaps even Roy Keane, who has been looking far too comfortable in Sky’s studios lately.

With plenty of names being bandied around, the Celtic board now face a massive decision. Do they back someone like Benitez with experience, maybe tempt Howe north of the border? Or do they take a risk with Lampard? The league title has gone this season, so waiting until the summer to assess their options may not be the worst idea, but they have to get this one right. The balance of power in Glasgow for some years to come might depend on it.