Tennis
News
Should he lift the trophy this year in Turin, the Serb would equal Federer’s record tally of six
Hector Nunns
12:05, 13 Nov 2021

No London, no Roger Federer, and no Rafael Nadal – but the Nitto ATP Finals in its new home of Turin in Italy still carries plenty of interest this year, not least for Novak Djokovic after another extraordinary 12 months, and the debutants Casper Ruud and Hubert Hurkacz.

The end-of-year extravaganza has been running since 1970, when Stan Smith was the first champion in an event then called the Masters Grand Prix – and variously since renamed the Tour World Championships, Masters Cup, World Tour Finals until its present, shorter moniker.

The reigning champion is Russia’s Daniil Medvedev, one of four former winners in this year’s field of eight, and who has featured heavily in 2021’s principal on-court rivalry with Djokovic. There was a straight-sets win for the world No1 in the Australian Open final, but Medvedev scuppered his chances of a calendar Grand Slam with an equally emphatic victory in the US Open final.

Djokovic got some measure of revenge for that loss by beating his rival in the final of last week’s Paris Masters 1000, coming from a set down to win in three and show he is back to form after a two-month break.

For Djokovic himself, yet more history is within his grasp – coming shortly after ensuring he will end the year as No1 for a record seventh time, one clear of his boyhood idol Pete Sampras. Should he lift the trophy this year to close out the season in the grand manner, the Serb would equal Federer’s record tally of six.

Having for so long been in the shadow of Federer and Nadal, Djokovic - with the joint-most Grand Slam singles wins, a record 37 Masters title successes and being the only male player to have won all nine Masters titles (twice) – has propelled himself to the forefront of the conversation about who is the greatest ever men’s player of all time.

World No3 Stefanos Tsitsipas was forced to withdraw from a match midway through for the first time in his career at this month’s Paris Masters with an elbow problem, causing concern that he may be in a race against time to be fit for Turin.

The 23-year-old from Greece is powering forward in his career, reaching a first Slam final in 2021 in France where he lost out due to a phenomenal comeback from Djokovic, having held a two-set lead. But he became the first Greek player to win a Masters 1000 title in Monte Carlo – a short hop from his home in Monaco. Should he not make it then Italian Jannik Sinner would be a popular replacement.

With injury doubts over Tsitsipas, Alexander Zverev becomes a more interesting proposition looking outside Djokovic. Ranked No4 in the world, the 24-year-old German has won more tour singles titles (18) than his younger rivals, and is in better form than most of those in this line-up.

There were Masters titles at the Madrid and Western and Southern Opens, plus an Olympic gold medal in Tokyo – and Zverev made it five titles for the year in Austria, a 12 months that also saw him lose Salm semi-finals to Tsitsipas in France and Djokovic in New York.

Italy is flying in tennis just now with a talented crop of youngsters racing up the world rankings, and Matteo Berrettini at 25 looks a likely pack leader. He reached the Wimbledon final this year with an swashbuckling brand of tennis that got spectators off their feet. And even before that he won in Serbia, and then at Queen’s on the grass – becoming the first debutant to lift that trophy since Boris Becker in 1985. Like Becker, he backed that up at SW19. 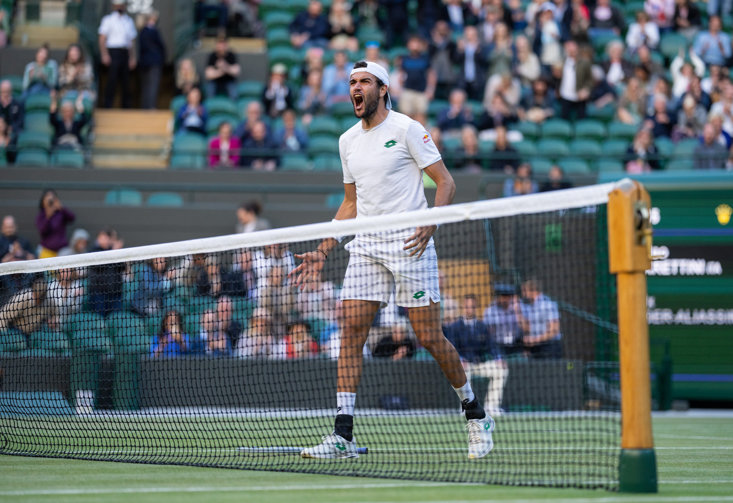 Andrey Rublev, 24, is the second Russian in the field. His ranking is based more on consistency than eye-catching performances in the biggest tournaments though there have been wins at the Amsterdam Open and in the ATP Cup with his fellow Russians including Medvedev. It would be a surprise were he to walk away as champion in this tournament.

If Djokovic had guaranteed his spot at the Finals as early as July, Ruud and lastly Hurkacz only secured their places earlier in November with the race going down to the wire, and Jannik Sinner and Cameron Norrie two of the unlucky men to just miss out.

Ruud, 22, is the first Norwegian ever to take part in the prestigious event, and although 2021 has been an excellent year with five titles he is yet to make real inroads at any of the Slams. You suspect that will happen some time very soon. And with Nadal’s French Open dominance presumably coming to an end at some point, that could well be in Paris on his favoured clay.

At No9 in the world Hurkacz is the highest-ranked Polish player in history – higher even than Wojciech Fibak, the only other man from his country to qualify for these Finals back in 1976. His year has seen him win three titles including a Masters 1000 success in Miami – and also get to the Wimbledon semi-finals, where he lost to Matteo Berrettini. More recently, he fell to Djokovic in the semi-finals of the Paris Masters in three sets.

A glance at the honours board in this event is sufficient to realise that while it may not be a Grand Slam, the best players in tennis history have all made their mark. Smith, Ilie Nastase, Guillermo Vilas, Jimmy Connors, John McEnroe, Bjorn Borg, Ivan Lendl, Boris Becker and Stefan Edberg had all won it by the end of the 1980s.

And since then you can add the names of Andre Agassi, Sampras, Michael Stich, Lleyton Hewitt, Federer, Djokovic, Andy Murray, and then most recently Grigor Dimitrov, Zverev, Tsitsipas and Medvedev. For Nadal though, though he reached two finals, this remains one trophy he has never got his hands on.

Djokovic will surely be a deserved warm favourite for this tournament, and it is hard to see past him here. He hasn’t always brought his best form to this end-of-year party, and last won it back in 2015. So with Medvedev seeded second and slotted in the other group of four, those seeking a better-priced alternative might look at the Russian, or the in-form Zverev.