Tennis
News
The Australian Open got off to a positive start for the Brits
Simon Lillicrap
13:04, 18 Jan 2022

One thing that is already guaranteed for Britain’s tennis stars is that they have done a better job than the cricketers on Australian soil. After the Ashes embarrassment, we needed to restore some national pride Down Under, and Sir Andy Murray and co have made a positive start to the Australian Open. Here’s how the Brits got on on day two in Melbourne.

England’s US Open champion, and Sports Personality of the Year winner, Emma Raducanu is through to the second round, but was made to work hard by Sloane Stephens, who took the match all the way to the deciding set.

Raducanu got off to a blistering start as she stunned Stephens by winning the first set 6-0 in just 17 minutes. However, the American showed her own quality as she battled back in the second with an early break of her own, before the Brit made it 2-2.

The 2017 US Open winner then dug in again and seemed to have found her feet as she broke again to go 4-2 up and from a position of utter desolation, Stephens had worked her way back into the match. From there she saw the set out to win 6-2 and took the match to a decider.

However, after a breather, the Brit took the third set by storm with an early double break as she switched into attack mode. This problem solving midway through that match was hugely impressive and she romped to a 6-1 win, which given the position she was in coming into the final set, is truly admirable. She’s off to a flyer in her first Aussie Open.

His ability may have deteriorated over the last few years but his trademark determination and grit has never wavered. Murray, who famously cried at the Australian Open as he was shown a ‘retirement video’ in 2019 and was given a wildcard to enter this event, beat Georgian 21st seed Nikoloz Basilashvili 6-1 3-6 6-4 6-7 (5-7) 6-4 in a thrilling encounter.

This momentum in this tie swung one way and then another as Murray roared out of the blocks and cantered to the first set, looking like the player who has reached five finals here over his career, albeit without ever lifting the Norman Brooks Challenge Cup. However, Basilashvili came back into the match and won a crucial fourth set tie-break. But ultimately it took a single break in the fifth for Murray to claim a massive win, and set up a second round tie with Taro Daniel.

"It's been a tough three or four years but I've put in a lot of hard work to get here,” he said on court after the win.

"I've played on this court many times and the atmosphere is always incredible. It is where I thought I had potentially played my last match but to win a five-set battle like that, I couldn't have asked any more." 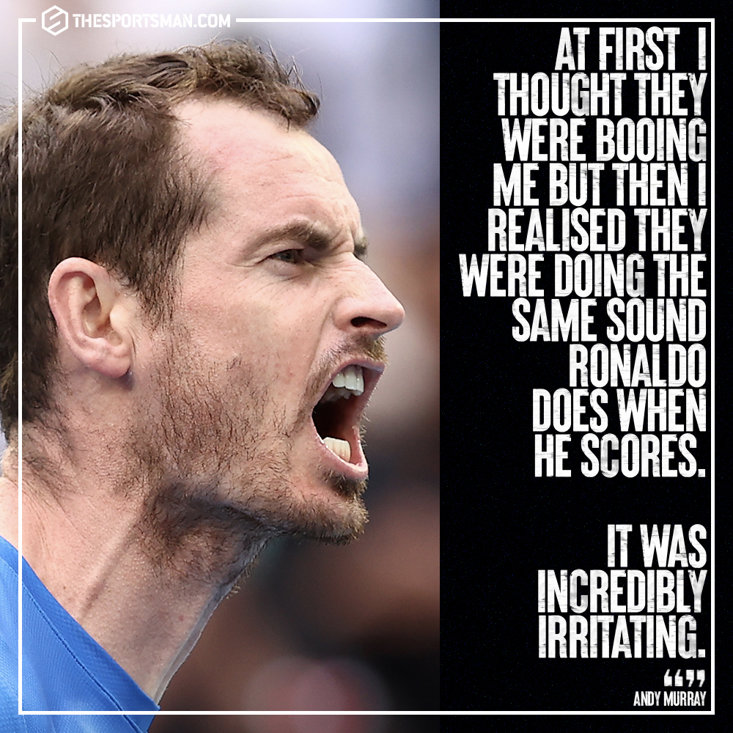 24th seed Dan Evans secured an impressive win against the talented Belgian David Goffin, 6-4 6-3 6-0. Evans’ best Grand Slam performance came here back in 2017 when he reached round four and he looked on top form as he dominated the 2017 quarter-finalist, trouncing him in the third and final set.

Meanwhile, Heather Watson has reached round two for the third year in a row, and recovered from a break of serve down in the final set to beat Egypt's Mayar Sherif 6-3 5-7 6-2. It looked as if Watson would struggle after the momentum shifted in the second, but she dug in to secure an important win and make it four Brits into round two.

However, there was no such luck for qualifier Harriet Dart, who lost 6-3, 6-0 to former French Open champion Iga Swiatek.

Unfortunately for British hopeful Liam Broady, he came up against the supremely talented home favourite Nick Kyrgios, who shared several jokes with his opponent, in a light-hearted 6-4, 6-4, 6-3 win over the Brit. It featured a classic underarm serve from the Aussie, the crowd telling Broady to do the same, and some ‘SIUs’ from the crowd, which irritated both players - and Murray earlier on.

Away from the jokes though, this was a phenomenal display from Kyrgios, who has always had the ability to compete at the highest level. Perhaps with the absence of Novak Djokovic, this could be his year to win a major on home soil.