‘Canelo’ and Plant kept apart, Boxxer making moves, and yet another MMA fighter wants to try their hand in the squared circle. Here are five boxing stories you may have missed this week…

There was no repeat of September’s fireworks, as Saul ‘Canelo’ Alvarez and Caleb Plant were kept apart at the final press conference for their undisputed super middleweight clash. Their first presser together had turned ugly, a shoving match evolving into punches being thrown.

Plant had walked away with a cut from that exchange, so it made sense to avoid a physical altercation that could jeopardise this historic fight. For their part, both fighters played down the fracas this week. Alvarez termed it “nothing”, while Plant noted “I think most people in this room will have been in worse scuffles than that.”

The new face of British boxing has acquired another big name, as two-time world title challenger Natasha Jonas has joined Boxxer. Ben Shalom’s promotional company penned a deal with Sky Sports this year, and have been hoovering up quality names.

Jonas became the first female boxer to compete for Team GB at Olympics during London 2012, and joins a stable full of world class talent. Claressa Shields, Savannah Marshall, Chris Eubank Jr and David Avanesyan form the core of the emerging group, and Jonas improves the roster further as she pursues a third world title shot. 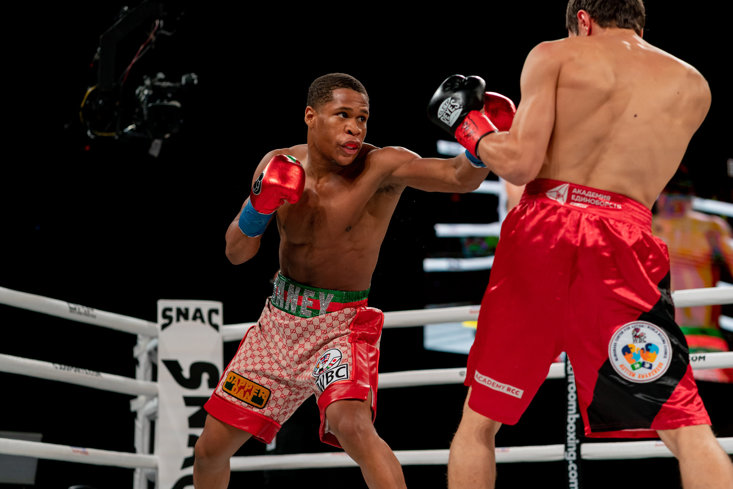 WBC lightweight champion Devin Haney returns to the ring on 4th December, defending his title against Joseph Diaz Jr. Haney had recently offered his services to WBA regular champion Gervonta Davis, who was without an opponent for his 5th December fight date, but that offer appears to have been rebuffed.

‘The Dream’ survived a late scare to beat Jorge Linares in May, and looks to extend his 26-0 unbeaten record against former IBF king Diaz. If both Haney and Davis can come through their December tests, a unification fight between the pair could be a mouthwatering event in 2022.

Chisora Vs Parker Gets An Undercard

The tasty heavyweight showdown between Derek Chisora and Joseph Parker will feature an appetising undercard on 18th December in Manchester.

While ‘Cigano’ has enjoyed an outstanding MMA career, it is hard to imagine him making any significant waves in boxing’s heavyweight division at the age of 37. Look for Dos Santos, who is also currently dabbling in pro wrestling with AEW, to seek out journeyman opponents or social media influencers to pad his record.