We may be deep into the events of Euro 2020 but it does not take away the eagerness of returning to domestic football for the 2021/22 season.

English Football League fans were treated to not only the league fixtures today but also the first-round draw of the Carabao Cup. As is the way of the current format, teams from the Championship through to League Two are drawn in a north and south draw. Sheffield United were the only team of those relegated from the Premier League to be included in the first-round draw with West Bromwich Albion and Fulham joining in the second-round.

The Blades will host League Two outfit Carlisle United in Slaviša Jokanović’s first taste of cup action in South Yorkshire. Wayne Rooney’s Derby County will host Salford City, owned by famed figures of Manchester United’s Class of ‘92, whom Rooney will know quite well, so that is sure to be an interesting tie.

AFC Bournemouth will host MK Dons at the Vitality Stadium and there may just be a new manager in the hot seat when this fixture rolls around, with a lot of reports suggesting current Fulham boss Scott Parker could be on his way to the south coast.

New boys Blackpool face fellow Championship side Middlesbrough at Bloomfield Road and Hull City play host to League One Wigan Athletic at the KCOM Stadium. The other Championship newbies Peterborough United will host League One side Plymouth Argyle. 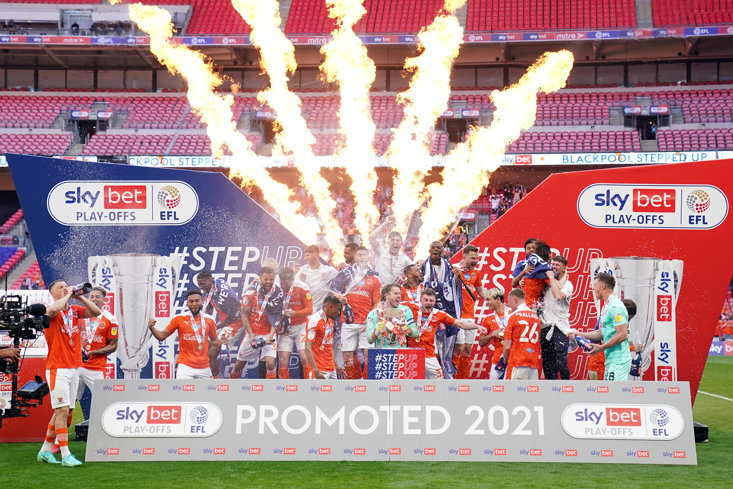 The fresh faces in the EFL have some interesting ties with Sutton United travelling to Wales to face Cardiff City, while Leyton Orient will host Queens Park Rangers at the Breyer Group Stadium and Hartlepool United will entertain Crewe Alexandra at Victoria Park.

Reading will host Swansea City at the Madejski Stadium in an all-Championship affair while Coventry City will mark their return to the Ricoh Arena with a double header back on home soil with their clash against Northampton Town coming straight after their opening league fixture against Nottingham Forest.

Prior to the draw, the EFL announced that a new two-year extension had been agreed with Carabao to sponsor the competition, meaning the League Cup shall remain known as the Carabao Cup until 2024.

Here is the first-round Carabao Cup draw in full: