Celtic will feel their endeavours in the Champions League have merited more than the solitary point they have earned so far.

It is unusual for a Scottish club to hold regrets after avoiding defeat away from home in Europe - but wastefulness in the final third against Shakhtar Donetsk three weeks ago denied The Hoops a famous night in Warsaw.

Celtic encounter RB Leipzig this evening, and their double-header with the Germans will likely determine the runners-up in Group F behind Real Madrid. It is five years since the Scottish champions last secured a victory on their travels in Europe’s premier knockout competition and their latest challenge is considerable.

It was inevitable Celtic's trouble-free opening to the campaign would eventually encounter turbulence, yet it remained a shock when their near year-long unbeaten domestic record limply expired at St Mirren three weeks ago. A lacklustre performance abruptly ended early season serenity, and they were functional, if unspectacular, against Motherwell on Saturday.

A quick glance at Celtic's bench highlights the vast options Ange Postecoglou has at his disposal, and in most areas of the pitch, they are overflowing with quality. Against St Mirren, though, the manager rang the changes, and the squad players did little to enhance their case for starting berths.

Celtic’s preferred centre-back pairing over the last 15 months has been Carl Starfelt and Cameron Carter-Vickers. The duo has been an essential part of the champions’ success, yet injury will deny both the opportunity to be involved against Leipzig tonight.

Carter-Vickers' value to Celtic has been evident since he first moved north, but only in his absence has the full extent of his worth become truly apparent. He is a domineering centre-back, an organiser and a calming influence - and those around him have sorely missed his guidance.

Due to Starfelt’s injury-hit start to the season, Moritz Jenz has deputised. The German has made a promising start to his career in Glasgow after a late summer loan switch from Lorient. Without Carter-Vickers by his side in recent fixtures, though, he has looked less dependable and assured, and the 23-year-old is clearly more comfortable following than leading.

Jenz and Stephen Welsh is not the pairing the manager had in his thoughts when he contemplated Champions League involvement during his summer vacation, but injuries are unavoidable. It is unrealistic to expect a Scottish club to carry four top central defensive options - and Jenz and Welsh will need to be exceptional to blunt the threat of Christopher Nkunku and Timo Werner. 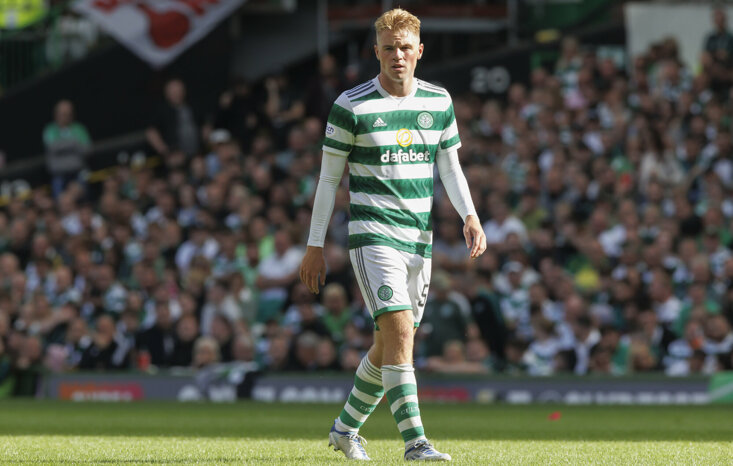 Liel Abada started against Real Madrid, while Sead Hakšabanović interchanged with Jota against Shakhtar Donetsk. The right-forward position is the one area of the team that is not so easy to predict, and Daizen Maeda is perhaps the most likely candidate to start in Germany.

Leipzig, much improved under Marco Rose, are yet to get off the mark, and they desperately require a victory to kick-start their campaign. A defeat for Celtic would be damaging but not terminal - and a worthwhile result would considerably enhance their hopes with appealing fixtures to come. Avoiding a heavy loss is also essential due to the head-to-head record becoming a factor if two teams are locked together at the conclusion of the group stage.

Donetsk are currently second in the group, yet they were unremarkable against Celtic. They will always be a threat on the counter-attack due to the outstanding Mykhaylo Mudryk, but consecutive fixtures with Real Madrid is likely to derail their last sixteen bid.

Celtic’s momentum has stalled in recent weeks, but they possess the creativity and pace to unnerve their star-studded opponents. Goals will be required to achieve a positive result - as a clean sheet with a makeshift defence is unlikely to be attainable.