October’s new generation revival of the Benn-Eubank boxing feud has been thrown into disarray. Conor Benn is due to face Chris Eubank Jr in a bout that plays into the rivalry shared by their fathers in the 1990s. Chris Eubank Sr has vowed to do everything in his power to ensure “that fight does not happen”, however. Citing the 157lb catchweight, three pounds lower than Eubank Jr’s usual middleweight limit, Eubank Sr said, “my son's life cannot be put in danger”.

One can see why this is a sensitive subject for the former world champion. Touching upon the tragic loss of his son Sebastian, who passed away last year at the age of 29, Eubank Sr said, “I've already lost one. It can't happen again… if you have a child and someone's trying to actually take that child away from you, and do something wrong to that child, as a dad you wouldn't let them.”

Reports claiming the fight is off have jumped the gun, with Eubank Jr's promoter Kalle Sauerland telling talkSPORT on Tuesday morning that the fight is "absolutely on." But the scorn poured upon Eubank Sr’s efforts is telling. A number of armchair experts have been quick to point out how three pounds doesn’t make a difference in boxing and that the father has no reason to fear for his son. While the fight was accepted at this weight and perhaps could pass at this weight without incident, it is a risk to Eubank Jr.

Boxers take weight seriously, right down to the last pound. The Sportsman spoke with Amir Khan back in January ahead of his fight with Kell Brook. The Olympic silver medalist spoke of how the bout was held up over the proposed weight and that the average fan did not understand the issue. “I was never happy making 149. I agreed to it, because I look the bad one. When I say I'm not going to do the fight because it's not at 147 then people are like ‘But it’s two pounds!’” In comments that ring very true for the Benn-Eubank situation, Khan added, “Two pounds makes a massive difference. People don't understand that especially when you cut weight.”

Some of modern boxing’s greats have understood the importance of a couple of pounds, and used this fine margin to their advantage. Manny Pacquiao ostensibly moved up in weight in 2010 to fight Antonio Margarito for the vacant WBC light middleweight championship. But the Filipino superstar insisted the bout take place four-pounds below the traditional limit, at 150lbs. Pacquiao ran roughshod over Margarito to win a lop-sided unanimous decision. 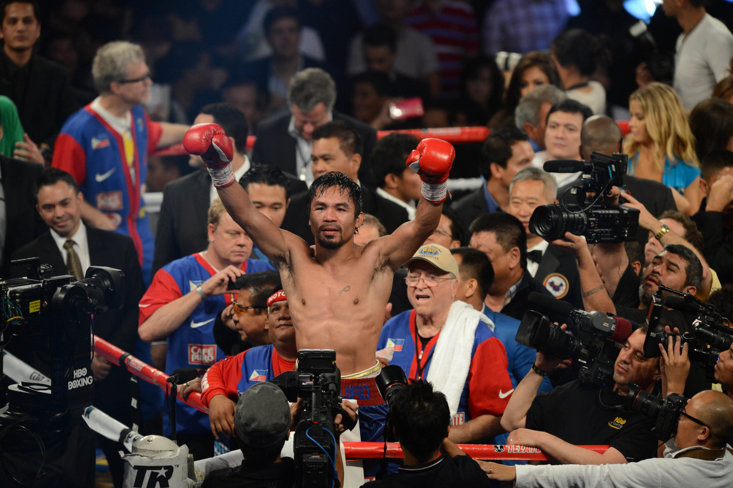 Pacquiao’s great rival, Floyd Mayweather, saw similar importance in the manipulation of weight. When ‘Money’ fought Saul ‘Canelo’ Alvarez in 2013, he did so two-pounds beneath the light middleweight limit, despite the WBC and WBA 154lb world titles being on the line. Mayweather had fought Miguel Cotto at 154lbs the year before, further demonstrating that ‘Money’ felt like he needed a little extra against ‘Canelo’. People are trying to tell Eubank Sr that two or three pounds doesn’t matter, but they mattered enough for the biggest boxing name of the last decade to insist upon a catchweight against Alvarez.

Eubank Sr seems to be speaking as a concerned father who does not want to see his son hurt or wronged. To want the fight to still go ahead despite his intervention is acceptable. But do not mock him for his concerns. To boxers, two or three pounds really can make all the difference.