Tennis
News
After emerging from Andy Murray's shadow, the 30-year-old has firmly established himself as the British No1
Hector Nunns
14:00, 10 May 2021

Dan Evans has reached a new career-high world ranking of No26 and firmly established himself as the British No1 at the age of 30 – but to say it has been a rollercoaster ride for the ‘enfant terrible’ of the English game would be a huge understatement.

To a genteel organisation like the Lawn Tennis Association, more accustomed to dealing with well-heeled and comfortably middle-class prospects emerging from the club and county structure and toeing the lines, Birmingham’s Evans hit them like a sledgehammer almost from day one.

And there has been no let-up, from the highs of finally emerging from Andy Murray’s shadow, a first ATP Tour win this year and a victory over world No1 Novak Djokovic, to the lows of a year’s ban for cocaine use, withdrawing of funding – twice – by the LTA, and regular clashes with officials.

The Aston Villa fan has often been seen as a ‘Villain’ in the tennis world, but talent, a fierce competitive streak, an innate desire to prove people wrong, and an ability to rebound from adversity make the personally flawed Evans’ story one of the most compelling stories of sporting redemption around.

As a youngster, his parents – electrician dad David and nurse mum Bernadette – set him up with a host family studying with the LTA Academy at Loughborough University. Evans himself said, “I was never the best at 14 and 15, in fact, I was probably the worst. I was smaller than the others and a bit of a late developer, but I always thought I was pretty good and in the end, I was the best.”

Evans was withdrawn from the 2006 Wimbledon boys’ tournament over on-court behaviour, and two years later saw his funding and wildcards taken away and access to LTA facilities and coaching staff denied after being pictured at a nightclub in the early hours on the day of a boy’s doubles match at SW19.

And it was not until 2013, with real worries about being able to afford the £20,000 a year it takes in expenses to stay on tour, that the penny dropped for Evans – that talent alone was not enough. He said of his failure to fulfil a huge potential, “I know why. It's because I don't train hard enough and don't work hard enough. I'm obviously pretty bad at my job. It's up to me.” 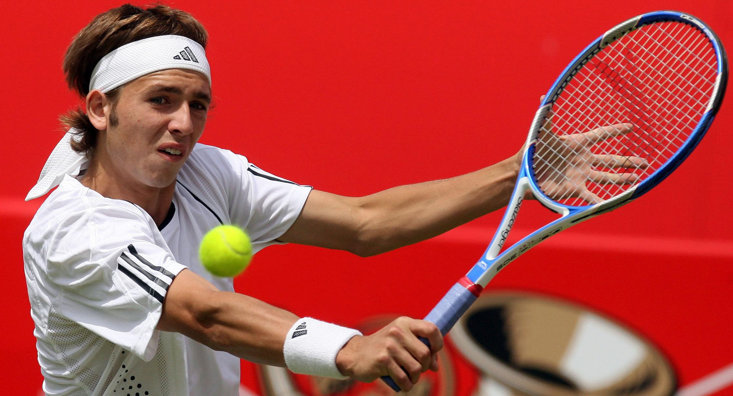 From there began the long climb up the rankings, though the fire in the belly remained and there continued to be clashes with both umpires and also opponents. For a while Evans – generally known as ‘Evo’ on tour – also gained the nickname ‘The Viper’ for his ability to get under people’s skins.

In 2016 Evans was docked first a point and then a game in a Wimbledon warm-up tournament at Surbiton for swearing. But by 2017 he had ascended to his best ever ATP ranking of world No41, into the top 50 and at last a serious player.

And then in 2017 in an almost Shakespearean twist, there was personal disaster, disgrace and a catastrophic fall from grace. With his career soaring and having got to the fourth round of the Australian Open, Evans tested positive for cocaine and was banned from tennis for a year.

He didn’t pick up a racket until two months before his return in April 2018, having fallen to 1,195 in the rankings. Realistically there was only one way to go, and Evans - admitting he had badly let down those closest to him left devastated by the episode - set about climbing Everest for a second time.

There was perhaps understandably reluctance from the LTA to ease his reintroduction to tennis society with too many wildcards that summer, though that only fed the ‘No one likes me’ part of Evans’ character and fired him up all the more over the perceived snub.

And from there late bloomer Evans has hardly looked back. By October 2019 he became the British No1, and this year he won his first ATP tour title in Melbourne, before beating world No1 Novak Djokovic for a first time on clay at the Monte Carlo Masters.

Evans, who makes up for his 5ft 9ins stature with variety and one of the best sliced backhands in the game, was in action against American Taylor Fritz on Monday morning at the Italian Open in Rome. 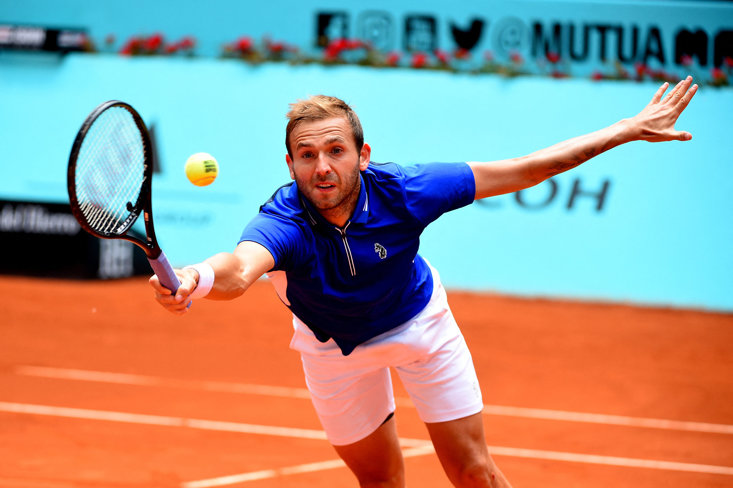 And tired and irritable after a gruelling recent schedule, the British player went down 6-3, 6-2 to the impressive 23-year-old world No31 from San Diego at the last-64 stage.

After losing the first set the combustible Evans flew into a rage and smashed his racquet to smithereens drawing a warning from the umpire.

And frustrated with the match slipping away in the second set and with Fritz climbing all over his second serve, Evans was very fortunate to escape further warnings after more than one clearly audible obscenity that had the television commentators scrambling to apologise to their viewers.

Of course there are far bigger opportunities looming for Evans in the coming weeks. The French Open starts at Roland Garros in Paris on the last day of May, and in June there are the Cinch Championships at Queen’s, and his home Grand Slam tournament of Wimbledon.

And there has been some welcome perspective from Evans. He said this week, “I know how lucky we’ve been to be able to still play the sport in recent months. It’s been a good year for me on court, and I’m really looking forward to the grass over the next couple of months.”

Having never before made it to the quarter-final stage in one of the sport’s Majors, that is an obvious next target for a player that despite Monday’s setback in Rome remains close to the very peak of his powers.