Football
News
The World Cup-winning manager has the finest international squad in the game at his disposal
Simon Lillicrap
08:01, 19 Jun 2021

It was Eric Cantona who disparagingly coined the name ‘water carrier’ for Didier Deschamps in the late 1990s, having lost the French captaincy and his place in their Euro 96 squad after attacking a Crystal Palace fan. The nickname was an insult, mocking Deschamps’ limited footballing skill but, make no mistake, he was one of the finest defensive midfielders of his era, and, more importantly, he knew how to lead his side to tournament success.

He captained a Cantona-less France to their first-ever World Cup win in 1998, and followed it up with Euro 2000 success two years later. He is the most successful French captain of all time, and 20 years after his World Cup success he lifted the trophy again, this time as manager of Les Bleus.

Deschamps played the game in the same way he manages. Practicality and defensive football may be his primary concern, but this is how you win tournaments. He was always there to sweep up any dangerous attacks and then play the ball to the more gifted attackers in his side, while his leadership ability and communication skills meant his transition into management was a smooth one as he took Monaco to the Champions League final and won Ligue 1’s Manager of the Year award.

He achieved an awful lot in his club managerial career. He won Serie B with Juventus in the most turbulent spell in their history while he also led Marseille to the Ligue 1 title in his homeland. But the job he has done rebuilding a chaotic France side has been his greatest success. 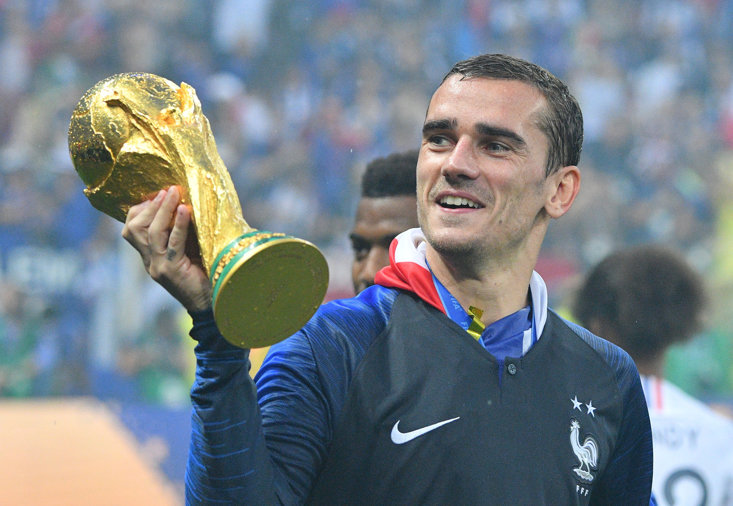 He took the job in 2012 after their baffling 2010 World Cup campaign which saw the squad fall apart, and since then they have been steadily growing, reaching the final of Euro 2016 before winning the World Cup in Russia. Yes, he has perhaps the finest international squad in the world at his disposal, but it has been his tactical ability to manage games and get the best out of his star names that has really come to the fore.

In 2018 he played a hybrid 4-2-3-1 system that morphed into a 4-1-2-1-2, while it is this diamond system that looks likely to carry France to glory this time around. His decision to play Blaise Matuidi on the left of a midfield three some years ago drew criticism at the time, but it quickly became apparent that this gave Kylian Mbappe, the greatest youngster on the planet, the license to attack at will down the right.

This time, with Karim Benzema surprisingly recalled back into the squad, he has even more attacking talent to call upon. Against Germany he paired the Real Madrid striker with Mbappe up front, as Antoine Griezmann took the number 10 position, but it was the midfield trio which would have brought him the most joy.

Paul Pogba played on the right of the three, with Adrien Rabiot now fulfilling the ‘Matuidi’ role on the left. But in N’Golo Kante, Deschamps has the opportunity to call upon the best defensive midfielder in the world. Kante is everywhere and, much like Deschamps himself, he is happy to be the ‘water carrier’ for this team, retrieving the ball and supplying the huge array of attacking talent in this side.

Yes, France are blessed with a squad of which the rest of the world are jealous. They are clear favourites to win this tournament and have made a strong start to the competition, but winning Euro 2020 with the best squad is not as easy as it sounds.

Deschamps has proved he has the tactical nous to win tournaments, can beat the big teams, and has once again found the perfect balance between attack and defence. France’s ‘water carrier’ could well lead them to back-to-back international successes, as he did over two decades ago.