Eddie Hearn’s personal mantra is ‘never be outworked’ and while you don’t have to agree with everything in his new (and first) book, it’s quite hard to find fault with that one. Indeed, despite the life lessons at the end of each of the twelve chapters, you can sum the book’s message up as this: Start work the minute you wake up, work all day, stop only when you go to sleep, ideally dream about work, start again when you wake up, for seven days a week, 52 weeks a year, forever.

Covering Eddie’s life so far, from a privileged ‘Flash Harry’ childhood as Barry Hearn’s son (the limo picks him up from school, he hangs out with famous boxers, he lives in a big house, he laughs in the face of teachers) to one of the biggest names in boxing, it unpicks a surprisingly difficult route to the top; i.e., not asking his dad for a job. 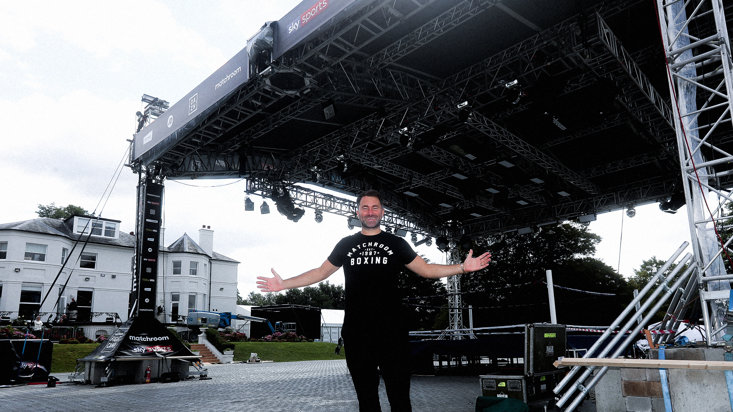 In his dad’s eyes, joining the family company straight after school was a given. But Eddie preferred instead to earn his stripes in the real world, where being Barry Hearn’s son meant little. Which basically translates as becoming a window salesman in Romford. Fair play. Hearn has clearly struggled with the silver spoon criticism he has faced over the years, and let’s be honest, how many times have you read a story about some poor rich kid dosser with zero ambition, in and out of rehab by the age of twenty, wanting the world to feel sorry for them? Not Eddie. For him success has been about working hard and proving himself to shift the conversation from ‘Barry Hearn’s son’ to ‘Father of Eddie Hearn’.

Eddie’s a promoter, so don’t expect too much by way of deep insights into tough times here. This is about how to win the Eddie Hearn way and he smells of roses from beginning to end. Nevertheless, it’s a genuine look into the journey Hearn has made, from cold caller salesman to golf promoter to poker where a fortuitous meeting with boxer Audley Harrison (in much the same way Barry Hearn met Steve Davis, a generation earlier) changed both his life and the global boxing landscape. Will you be using it as a blueprint to become a multimillionaire sport promoter anytime soon? No. Is it a fascinating insight into what makes an entrepreneur tick? Yes. Recommended.