Tennis
News
The US Open champion is back in action at the Transylvania Open on Tuesday
Conor Keane
13:35, 26 Oct 2021

Despite having already won a Grand Slam title, rising tennis star Emma Raducanu has stressed that people need to be patient with her burgeoning career as she continues to develop.

The Toronto-born athlete is back in action this afternoon in the Transylvania Open and it will be her first taste of court action since her first-round exit at Indian Wells earlier this month. The youngster takes on Slovenia’s Polona Hercog, who boasts 18 singles titles across her career, and the 30-year-old will provide an interesting test for the Briton.

It needs to be reiterated that while Raducanu’s astounding performances at the US Open last month were rightly praised and celebrated, it is such an anomaly for an inexperienced raw talent to win so big, so early on. There is no disputing the quality she possesses, and she is one to watch in the future, but with a big emphasis on the future. Raducanu is still very young, and she has still got plenty of time to strengthen her game and reach her vast potential. The only way she is going to do that is by gaining more experience first.

She received far too much unnecessary pressure ahead of her Indian Wells tilt. People need to realise that while she may have won the US Open, she is still an adolescent professional looking to discover her tennis on the circuit. Speaking ahead of her opener in Romania, the Bromley native said: “I am going to find my tennis, I just need a little bit of time.”

The world number 23 is looking to win her first match in a WTA event, having previously lost in the opening round in Nottingham, San Diego and most recently Indian Wells. 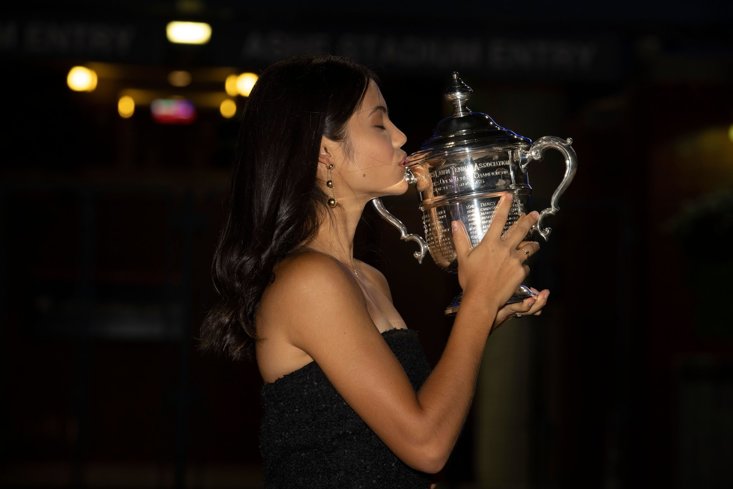 “I don’t think there is any pressure on me,” she said. “I feel like everyone should just be a little patient with me. I feel like I am the same person. I still go out there, approaching the same as before.

“I am really enjoying my tennis right now. I feel it will be in a great place. In the long term, I know it will be up and down, the past few weeks I have learned a lot about myself.

“Patience is key. Because, as I said, there are a lot of lows, where you learn about your game. You adjust to each level gradually. I kind of went from zero to the top of the game. So, it’s obviously going to take some time to adjust and adapt but hopefully with some good work I will be able to do that.”

Top seed and one of Raducanu’s idols, Simona Halep, has been really impressed with what she’s seen from the Brit so far but has expressed that pressure is normal for a professional at any age.

“Even if she is so young, I think she feels the pressure. It’s normal, everybody does,” she said.

“She did something great and probably, it’s just my opinion, she will need some time to see how it is every week to be there. And then she will become stronger. Much stronger.”

Another topic that everyone keeps coming back to regarding Raducanu is the hunt for a coach. Since parting ways with Andrew Richardson after Flushing Meadows, the young star has been without a permanent head coach, but she hopes to have one appointed before the Australian Open in the new year.

Addressing the current situation, Raducanu said: “I don’t think it’s great to be dependent. You need to coach yourself. It’s something I’m learning.

“I think having a coach is great. But once again you are on your own on the court. Part of the experience I am having is being able to learn to coach myself. I am feeling optimistic about trying to have something in place for the off-season and the Australian Open.”

We are yet to see the finished article and Raducanu has plenty of years ahead to strengthen her game to reach that undoubted potential. But for now, the pundits and the media need to give her some breathing space and let her develop at her own pace.