The 'Group of Death' everyone has been waiting to see got underway on Tuesday with Portugal and France recording victories to round out the first block of group fixtures at Euro 2020.

Here are the highlights of a fantastic day of action on and off the field.

It may have taken a Mats Hummels own goal but France got off the mark with a victory over Germany in Group F. The Borussia Dortmund defender could do little about his moment of misfortune, turning in Lucas Hernandez's left-wing cross from Paul Pogba's through-ball. The world champions could easily have scored more, and Kylian Mbappe and Karim Benzema both had goals ruled out for offside, but Didier Deschamps will be delighted with the start his side have made. Les Bleus are now in to 10/3 favourites to win the championship. 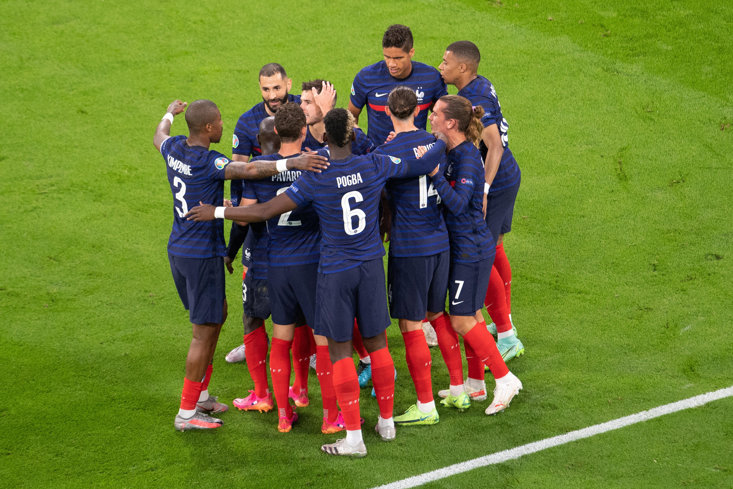 Ronaldo stars again as holders eventually get the job done

Cristiano Ronaldo became the first player to play - and score - in five European Championships with a late brace in Portugal's 3-0 win over Hungary in Budapest. The holders looked set to drop crucial points in the opening of their defence until Raphael Guerreiro's deflected 84th-minute shot finally gave them the lead. Ronaldo followed up with a couple more in the dying moments, taking him past Michel Platini as the greatest goalscorer in Euro finals history with 11.

The home side were backed by a 67,000-strong capacity crowd in the Puskas Arena, and for a time it seemed that that advantage might have a huge say in proceedings. But Portugal's late flurry means it is the bigger-name teams in Group F who look best placed to progress as expected.

Wales' interim head coach Robert Page says his team could well book a place in the knockout stage of the European Championship for the second time in succession if they beat Turkey in Baku on Wednesday.

His side will come up against a partisan crowd in Azerbaijan, which boast a big Turkish population, but Page is keen for his players to get the three points which would put them on the verge of the next round forllowing their opening Group A draw against Switzerland on Saturday.

"If you sit on four points after two games, especially with the best third-place [team progressing], you'd be really, really unlucky not to go through," Page told the BBC. "Our focus at the minute is just on getting a positive performance against Turkey.

"Turkey will have already looked at the games in the group and tried to forecast where they can get wins, and they'll be seeing us as a team that they can go and get points from. but we've also done the same and done the maths and had a look at the fixtures, and we're grateful we've got a point on the board."

Clarke hopeful Tierney can be fit for Wembley

Scotland could welcome back Kieran Tierney into the fold for Friday's Group D clash with England at Wembley after head coach Steve Clarke gave an updated on his unspecified injury.

The Arsenal defender sat out Monday's opening 2-0 loss to Czech Republic at Hampden Park, but Clarke told the press on Tuesday that Tierney is back in training and is in contention to play in London on Friday.

"He did a little bit of light training today, and now we'll just see how he's progressing," said Clarke. "He's got a chance."

Clarke also defended goalkeeper David Marshall, who has come under criticism for his part in Patrik Schick's sensational second goal from almost 50 yards out on Monday. The play-off penalty hero was caught well out of position as Schick struck, but Clarke insisted it was a situation which had happened countless times in Marshall's career and he had never before conceded from such a position.

"It's something he's done about 50 times in his career and that's the only time it's gone in," added the head coach. "It happens."