Boxing
News
Where? When? How to watch? Here's what you need to know ahead of this weekend's curious rematch in Florida
Kieran Spratt
08:35, 15 Dec 2021

YouTube and UFC once again collide in the boxing ring as Jake Paul and Tyron Woodley go head-to-head in Florida this weekend.

The Problem Child emerged victorious on the scorecards the last time these two met, setting up a showdown with British boxer Tommy Fury. However, the Love Island star was forced to step away through injury, leaving the door open for former UFC welterweight champion Woodley to take a stab at revenge. The undercard also sees seven-weight champion and potential Katie Taylor opponent Amanda Serrano take on Miriam Gutierrez.

The fight will be broadcast exclusively on FITE.TV in the UK 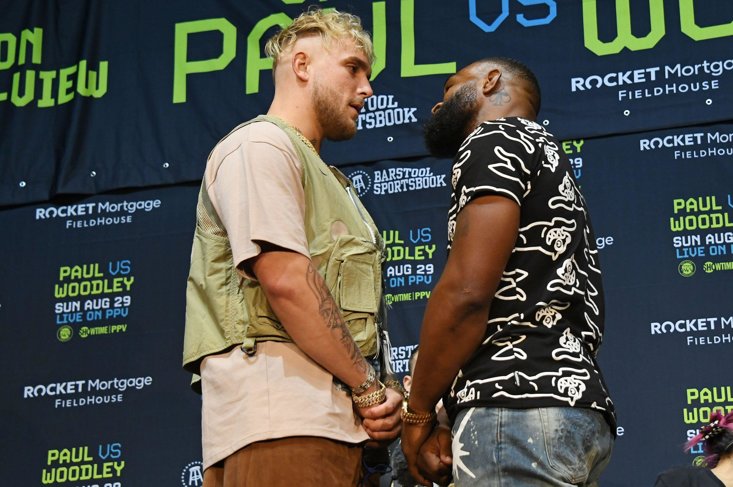 Paul and Woodley square up ahead of their first fight

Alias: The Chosen One

In the first meeting between these two, the YouTuber was forced to labour to a win for the first time in his pro career. Although Paul probably did enough to earn the judges’ favour in a tight split decision win, the bigger man by 20lbs was visibly rocked by Woodley in the fourth round but the former MMA fighter was too tentative to go in for the kill. He won’t want to make that mistake again this time around.

“Jake Paul vs Tyron Woodley 2 – leave no doubt. I didn’t knock him out the first time, I’m coming back and I’m getting that crazy highlight-reel knockout.”

“Of course I am [a tougher fight than Fury] That’s why he took [the Fury] fight instead. He made a double wager and then didn’t honor it because s***, why would he go back and give me the chance to finish off what I started now that I’ve been in there with him.”