Someone’s 0 has to go when WBA ‘regular’ lightweight champion Gervonta Davis and Rolando Romero square off in a feisty grudge match in New York this weekend.

The animosity between these two knockout artists has been building for some time now and after their original meeting fell through last year, the Americans are chomping at the bit to let their fists do the talking following a heated build-up. Here’s everything you need to know about a fascinating encounter in the Big Apple that also sees Erislandy Lara and Gary ‘Spike’ O’Sullivan contend for the WBA (regular) middleweight title.

When: Saturday 28th May

How To Watch: DAZN. The main card is set to get underway at 2am UK time with the ringwalks for the main event scheduled for 4.15am, although this is subject to change due to the length of the undercard fights.

Last Fight: Gervonta Davis retained his WBA lightweight title with a close decision victory over Isaac Cruz in December. It was only the second time the Baltimore native has been taken the distance as a pro. 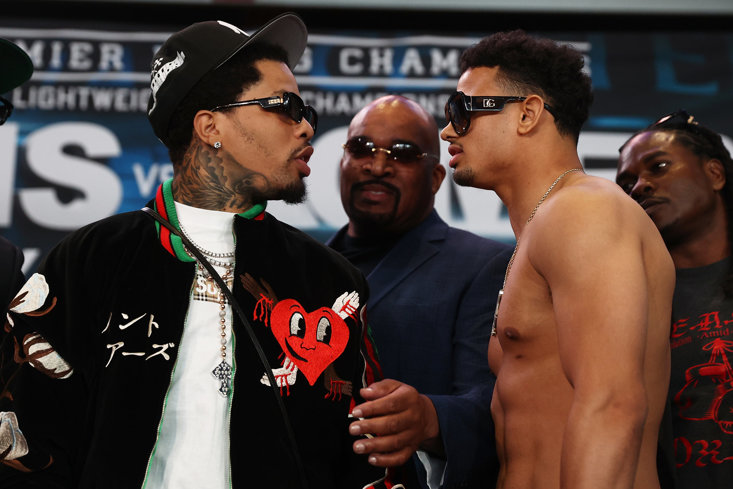 “We saw how he choked up when the lights are in his face. We’ll see how he reacts when everyone is cheering against him on fight night.

“Some people are made to do it, and some people just talk their way through it. We know what we’re coming here to do on May 28.

“We’ll see what this guy brings on fight night, under the bright lights. I had to walk through the door when it was time and become the man. Come fight night, it’s time to step up to that plate.”

“I think ‘Tank’ is an amazing fighter, but this is going to be the easiest fight of my career. It’s going to say a lot about my legacy when I knock him out.

“’Tank’ gets punched a lot. I think he’s going to run right into something big.

“I’ve always been underrated. May 28, you’re going to see my ring IQ on display. He’s the best fighter at 135 pounds and he’d be the best if he were at 130 pounds. It doesn’t matter to me though. I know what I’m capable of.”