Football
News
A number of promotion issues could come closer to resolution in an action-packed round of games
Conor Keane
18:00, 14 Apr 2022

Some call it the ‘business end’. Sir Alex Ferguson coined the term ‘squeaky bum time’. Whatever the moniker, the final throes of the football season brings its inimitable jubilation, heartbreak and everything in between.

All across the EFL there are fascinating storylines still to be told, but the Easter weekend is normally when destinies start to be decided. And this year’s holiday is no exception, with a bumper crop of critical fixtures to stick on the gogglebox over the next few days.

A lot has been said about Steve Cooper’s revolution at Nottingham Forest, dragging them from the pit of the Championship to promotion hopefuls. They currently lie in fourth, one place ahead of their hosts on Friday, with just two points between them. This game is going to be key for both sides’ momentum in the final weeks of the campaign.

Forest are in astounding form at the moment having won five on the bounce. Cooper’s side are just six points behind Bournemouth, who occupy the second automatic promotion spot, and many have expressed the feeling that Forest can pinch that spot from Scott Parker’s team. As is cliche with this league, anything can happen and it is these congested weekends which tend to separate the men from the boys.

Nathan Jones’ side have had an incredible year and it has been another excellent excerpt from their meteoric rise over the last few years. Their team spirit is something to be admired and it has helped guide them through an incredible campaign thus far. This is set to be a great clash to kick-start the Bank Holiday weekend.

The Cherries possess a talented squad, but as form tends to prove vital at this key stage of the season, their position in second is at risk. They have won two of their last five, only losing once, but with Forest flying there will be concern at the Vitality Stadium. Parker will be aware of just how defining this weekend could be for their hopes.

Bournemouth welcome Chris Wilder’s play-off chasing Middlesbrough, whose form has also dipped recently with back-to-back defeats. You can never write off a Wilder side, though. The former Northampton Town and Sheffield United manager will have fired his players up for this clash, knowing just how much of a positive impact a win could have on their players ahead of a vital run-in. 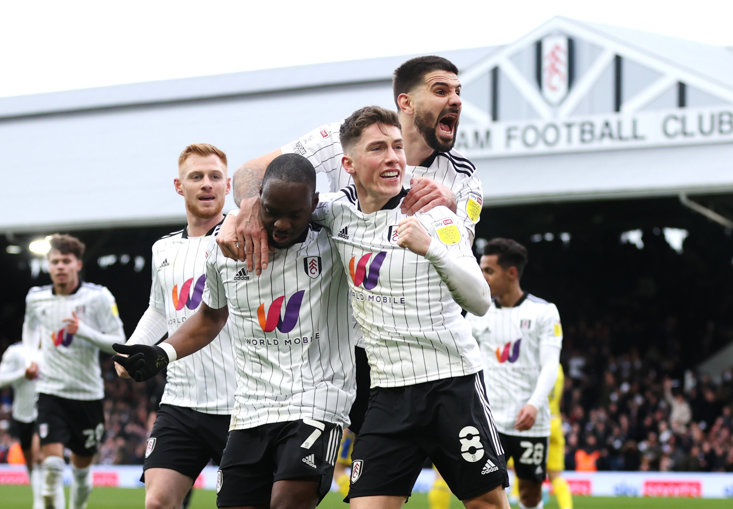 FULHAM COULD CLINCH PROMOTION TO THE PREMIER LEAGUE ON FRIDAY

Fulham have the chance to confirm their return to the Premier League with a victory over Derby County at Pride Park if Forest fail to collect a point at Luton. Manager Marco Silva has called for his side to retain their focus after the shock 3-1 defeat against Coventry City last time out. They will have to work hard to seal promotion at the second attempt because Wayne Rooney’s side have put up a fight all year, winning widespread praise. The Rams also still have a chance of staying up, even if it is slim. Much of Fulham’s success this season has been down to striker Aleksandar Mitrovic’s astonishing form, having scored 38 league goals - blitzing the Championship goal record for a single season.

Rotherham have always been a commanding force in the third tier of English football in recent years, but in recent weeks Paul Warne’s men have suffered three straight defeats to put what appeared to be a runaway promotion run into serious jeopardy. As things stand they are in third place, three points behind Milton Keynes Dons, who are not only in much better form with three wins in their last five, but also play a more exciting style of football which has helped steer them into a strong position late in the season. The Millers have a game in hand on their promotion rivals and they will need to make it count if they are to avoid the traumatic play-offs.

They face Kieran McKenna’s Ipswich Town, who have bounced back from a difficult start to the season under Paul Cook to show there is enough quality in their ranks to further disrupt Rotherham’s plans for a swift return to the Championship. While this game won’t have any meaning for their season, McKenna will look to finish strong as they prepare for a better tilt next term.

Rotherham will keep a close eye on the crunch clash that follows their match in the evening with both sides having much to play for. Milton Keynes will be looking to strengthen their grip on second spot while Wednesday aim to fight off a host of challengers for one of the final play-off places. Liam Manning’s side could have the potential to move six points ahead of the Millers in the race for second with three games to go, so there is a huge incentive there for them to claim their fourth win in five at Stadium:MK.

Darren Moore’s visitors are currently level on 73 points with both Sunderland and Wycombe Wanderers, who are all fighting to finish in the top six. Wednesday’s recent form isn’t as strong as their rivals’, and while their record at Hillsborough is as good as any in the entire country, their difficulties on the road will be of concern going into the business end. The stage is set for cheers and tears, however they are divided out.