Ufc
News
Ahead of his UFC 264 clash with Dustin Poirier, we take a look back at five of Conor McGregor's best performances in the Octagon
Steven Allen
06:55, 08 Jul 2021

Conor McGregor, the UFC’s divisive poster boy, returns to the cage on Sunday morning at UFC 264 to face Dustin Poirier for a third time, with the current scores sitting at one win each. Dana White went on record this week to say that the winner of this fight “100% has a shot at Charles Oliviera” for the lightweight championship, meaning this bout could be the last chance for both the ‘Diamond’ and ‘Notorious’ to get their hands on a belt before it’s too late.

Now it’s time to remember the fights where McGregor turned up and shook the world. Here are our favourite performances from the Irishman in the Octagon.

McGregor vs Cerrone: The Return 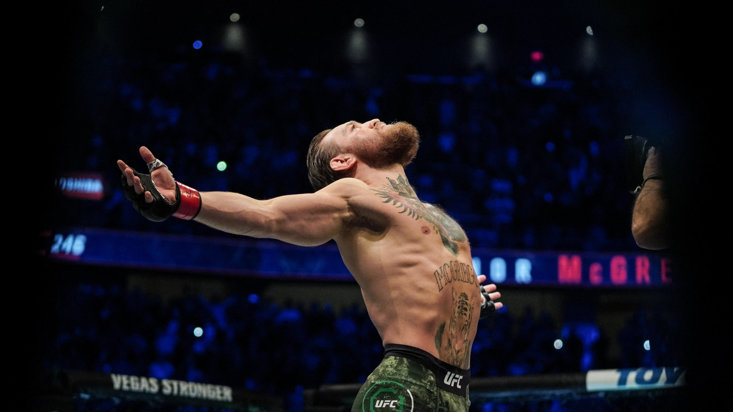 In the run up to this fight, UFC fans hadn’t seen McGregor in the cage since his loss to the undefeated Khabib Nurmagomedov. In the 15 months away from the sport, fans were seeing him tweet that he’d retired, videos of him punching old men in pubs and him actually being arrested for smashing a fan’s phone at a hotel in Miami. It was a grim time to be a McGregor fan with more criticism being directed at the fighter than ever.

Out of almost nowhere, the UFC announced that the Irishman will return to the cage in January 2020, facing off against lightweight veteran Donald Cerrone in a headline event at UFC 249. As with all McGregor fights, the PR machine got rolling and fans were reminded of the incredible KOs, the wars with Nate Diaz and the rapid dispatching of Jose Aldo - but there was always a lingering thought that he wasn’t the same fighter he once was.

Any thoughts were put to bed in just 40 seconds, with McGregor flying out of the blocks against Cowboy, engaging in clinches, throwing shoulders strong enough to knockout a rhino and overpowered Cerrone to hand him his first KO loss of his career.

McGregor vs Diaz II: The Revenge

McGregor vs Diaz is a fighting tale that will go down in history, and hopefully we will see it become a trilogy before it’s too late. The first chapter saw the Irishman’s initial opponent, Rafael dos Anjos, pull out of the fight, leaving Dana White scrambling for a competitor to fight his number one prospect who was about to become the highest earner in the promotion. Up steps Ultimate Fighter season five winner Nate Diaz, brother of Nick, who’d been a huge character for the UFC in years prior.

The first fight saw a late submission win for Diaz, who went down in history for his breathtaking fighting style and incredible heart to stay in the fight and eventually find the win, but the second fight was pretty much guaranteed from the second Herb Dean lifted the Californian’s hand.

UFC 202 was the highest-selling PPV in the history of the promotion at the time, with McGregor and Diaz headlining in the most anticipated rematch that any fan had seen to date. The post-fight scenes were of a crimson cage, two men covered in each other's blood and the Irishman taking the spoils after five rounds of attritional MMA.

McGregor vs Mendes: The Interim 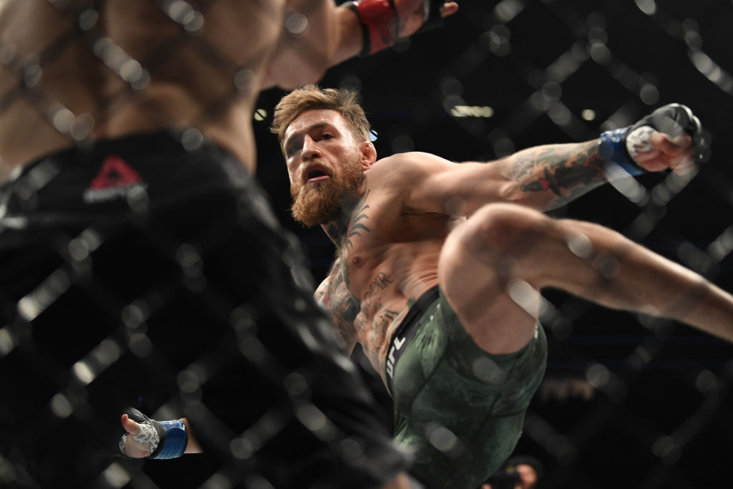 After a promotional world tour, Jose Aldo called off his bout with McGregor due to a broken rib, leaving Notorious without an opponent, yet again. Up stepped Chad Mendes, who came in to fight McGregor for the interim featherweight title in the absence of Aldo.

From the ring walk with Sinead O’Connor to the incredible TKO with three seconds left on the clock, there were scenes of elation in Las Vegas as the Irishman finally got his hands on the UFC gold he craved. It was an emotional end for Notorious as he knew he had sealed his chance to return to the cage next time to face the Brazilian featherweight champion...

McGregor vs Aldo: The Record Time

That’s all it took for McGregor to win the featherweight title. Months of build-up, after the initial fight had been cancelled and replaced, it only took the Irishman 13 seconds to catch Jose Aldo with a straight right in a rapid trade of blows, and the Brazilian tumbled to the floor.

It remains to this day the fastest KO in a title fight and no one will ever forget it. Unfortunately for Aldo, it is a quagmire that looms over his career despite him being one of the greatest ever fighters in the division.

McGregor vs Alvarez: The Champ Champ 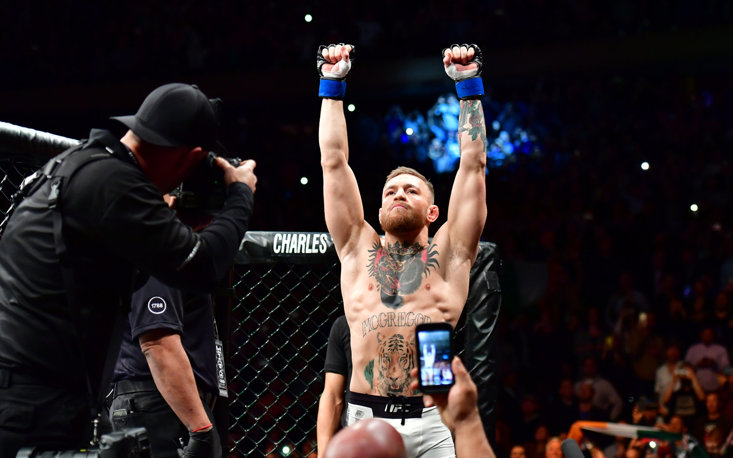 This fight was truly the peak of McGregor. Stepping into the Octagon with lightweight champion Eddie Alvarez after weeks of trash talk at press conferences, McGregor found the pockets of space to attack Alvarez and dropped him multiple times in the first round, without being able to finish the fight. The second round saw him land a nice combo to sit Alvarez down before pouncing on top of him to land the final shots of the fight.

Notorious became the first ever two-weight champion in the division, replicating the success that he found in the Cage Warriors promotion where he also won the featherweight and lightweight titles in 2012. It’s an incredible feat that launched an incredible sporting career inside and outside the cage and showed that the Irishman is box office, no matter if he wins, loses or draws.