Football
News
There has been a lot of speculation suggesting the World Cup might be Southgate's last tournament in charge of the Three Lions
Conor Keane
15:00, 07 Dec 2022

England are bracing themselves for a tough test against France in the World Cup quarter-finals and the excitement is building for Saturday’s showdown.

Gareth Southgate has guided the Three Lions to a third consecutive quarter-final in major tournaments and yet there are still people out there who are convinced that England would be better off without him.

Despite recently signing a new contract with the Football Association to coach England through to Euro 2024, there has been a lot of speculation that this current tournament could end up being Southgate’s swansong, regardless of if they win it or not.

Throughout his tenure we have seen the same collective of names linked with the post for when he departs, such as Graham Potter, Eddie Howe, Brendan Rodgers and Mauricio Pochettino. Each would certainly have a lot to offer the role down the line but there is also a good chance the FA could keep the appointment in house.

After all, Southgate was in charge of the Under-21s when he initially took over on an interim basis from Sam Allardyce in 2016. The circumstances of his appointment were certainly unplanned but it has turned out to be one of the FA’s biggest successes and that one decision could shape the future surrounding the hiring process for the England job.

We have seen the senior side enjoy some degree of success (in comparison to past attempts) in major tournaments, and there has also been measurable success throughout the youth levels across the past six years.

The Under-17s side, featuring the likes of current senior stars Phil Foden and Conor Gallagher, became world champions in 2017 under the guidance of current Nottingham Forest boss Steve Cooper. Paul Simpson also led the Under-20s to World Cup glory that same year as the FA’s plan for the future of English football showed signs of great promise. Then earlier this year, Ian Foster guided the Under-19s to the European Championship title and he is now in charge of the Under-20s group. 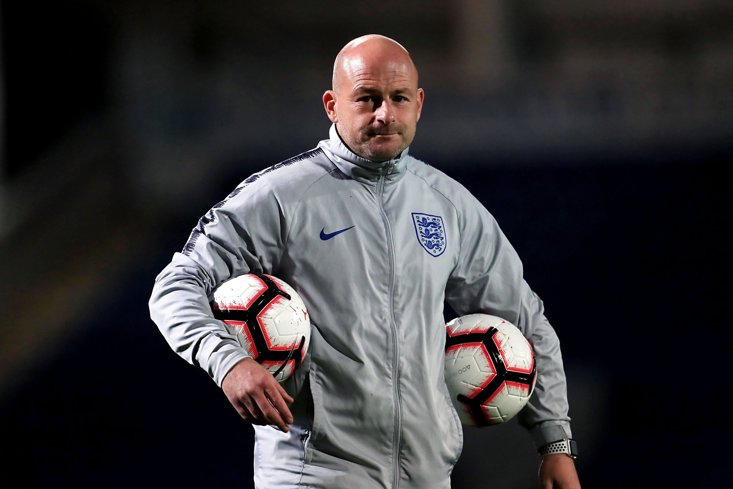 Both Cooper and Simpson have gone on to have careers at domestic level, with Simpson currently at the helm of League Two promotion chasers Carlisle United. While it is perhaps difficult to keep the coaches at youth level to stay on board when an enticing club offer arrives, sometimes the wait might just be worth it if it leads to them being in pole position for the top job in the future.

For example, Lee Carsley took over the Under-21s in the summer of 2021 and his main role has been to help prepare the players on the cusp of breaking through to Southgate’s side, which means he is constantly in communication with the senior boss and his assistant Steve Holland. The coaches inside the FA will learn off one another and be exchanging ideas, but the fact that Carsley is closer to Southgate than others means he might just be a leading candidate for the position further down the line. It was also reported that Carsley made a detailed presentation to highlight Senegal’s weaknesses before the Three Lions’ round of 16 clash. Make of that what you will.

The advantage of the FA hiring someone from within the organisation is that they know all the ins and outs of the coaching setup in effect. All age groups have their coaching styles and philosophies synergised to help make the progression between each category as seamless as possible for the players. The likes of Potter and Howe may be the bigger draws when it comes to the search for England’s next head coach, but Southgate’s chance selection in 2016 could have delivered the FA their most sensible hiring model moving forward and that brings names such as Carsley and Foster into the picture.