Boxing
News
On this day in 1966, Chuvalo gave Ali his toughest night. But the Canadian boxer would find life much harder outside the ring
Joey Mills
16:00, 29 Mar 2022

On this day in 1966, George Chuvalo took a prime Muhammad Ali the full 15-round distance for the heavyweight championship of the world. ‘The Greatest’ won via unanimous decision, but the bout was savagely brutal. A landmark in the history of Canadian boxing, this Toronto affair was one of the toughest nights in the career of Muhammad Ali. The champion deservedly won the fight on the scorecards, but the intensity of the action is best summed up by what followed. After the fight, Ali spent the night in a hospital bed. Chuvalo spent his evening out dancing with his wife.

The victorious champion would later recall Chuvalo as “the toughest guy I ever fought”. But fighting arguably the greatest heavyweight of them all was not even close to being the toughest night in the life of George Louis Chuvalo. In fact, it was a bed of roses compared to what he would endure outside of the ring.

Enjoying his prime during the peak of heavyweight boxing, Chuvalo was a fixture of the world rankings in the 1960s and 1970s. His record reads like a roll call of iconic names. Alongside Ali, who he fought again in 1972, Chuvalo mixed it with George Foreman, Joe Frazier, Floyd Patterson, Ernie Terrell, Jimmy Ellis, Oscar Bonavena, Cleveland Williams and Jerry Quarry amongst many others. Like many fighters in those talent-rich times, Chuvalo would surely have been a champion at some point during boxing’s modern four-belt era. His knockout power, good for 63 stoppages from 73 wins, would have seen to that.

Chuvalo would fight for the heavyweight championship of the world on two occasions. The first saw him drop a unanimous decision to Ernie Terrell in an exciting bout that he nearly snatched in the home stretch. The war in Toronto was the second, where the big Canadian had Ali hurt and holding on for dear life on multiple occasions.

This was the fleet-footed Ali of yore, the nigh-on untouchable Superman who could make the finest prizefighter look like a novice with one impetuous flick of his head out of range. But Chuvalo did not just lay gloves on him, he absolutely mauled him. The champion was good value for his win, but it was one he had to go to hell itself to collect.

But nothing, not the 27 rounds with Ali, not the crushing knockout defeats to Foreman and Frazier, and not the two heartbreaking losses in world title fights can compare to the tragedies that befell Chuvalo when he left the sport behind. 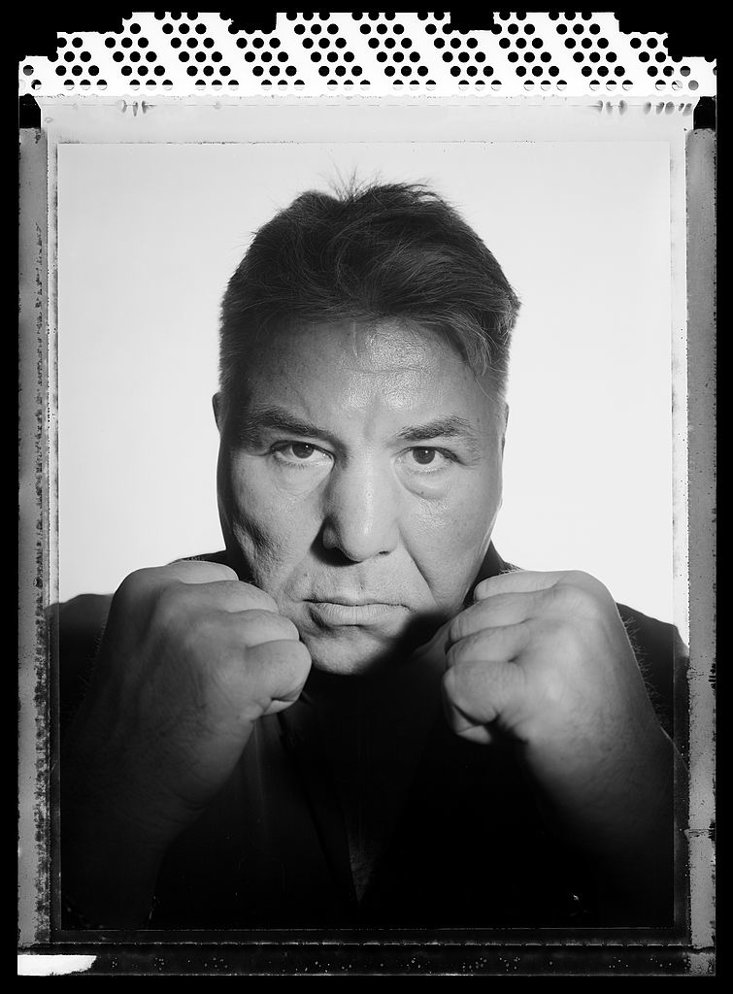 still fighting: chuvalo is still battling, this time against the devastating effects of dementia

Chuvalo was never knocked down in his astonishing 93-fight professional career, but what happened to him in retirement would floor any man walking the face of the Earth. The youngest of Chuvalo’s five children, Jesse, committed suicide in 1985. This was followed in 1993 by the tragic death of another of George’s sons, Georgie Lee, from a heroin overdose. The dark cloud thickened over the Chuvalo household just days later, when George’s wife Lynne, grief-stricken at the loss of two sons, committed suicide herself. Just three years later, Chuvalo’s son Steve also succumbed to a heroin overdose.

This horrific chain of events is scarcely believable, such is the breadth of the tragedy and suffering. Understandably the aftermatch was fraught, with Chuvalo’s two remaining children and his second wife becoming embroiled in an ugly legal battle when the onset of the ex-fighter’s dementia left him needing constant care. It says everything about George Chuvalo’s strength of spirit that before the cruel, merciless disease took hold, he was a touring anti-drugs advocate and public speaker. Chuvalo spent his last cognizant years fighting, with the same ferocity Ali felt in 1966, so that others would not have to endure the same hardships as his family. They don’t hand out heavyweight championship belts for that sort of incredible resilience and bravery. Perhaps they should.