Football
News
The Gunners will enter the Champions League next season if they win this tournament
Elliott Bretland
12:00, 29 Apr 2021

How times have changed. Twenty years ago, Manchester City were relegated from the Premier League and PSG finished mid-table in France. Meanwhile, Arsenal and Manchester United were playing out one of England’s greatest rivalries as they battled for the title.

Now, with City in a Champions League final so long as they avoid defeat by the Ligue 1 giants in their semi-final second leg, the Gunners and Red Devils are gearing up for less glamorous last four ties as they face Villarreal and Roma respectively in the Europa League on Thursday evening.

While winning the tournament would be a welcome boost for United, they are second in the Premier League table and look set to return to the continent’s premier competition. For Arsenal though, this tournament could have a bearing on their short and long-term future. It’s huge.

Mikel Arteta’s side have stuttered and faltered all season domestically and they are tenth in the table having lost 13 matches, the same number of games they have won. If they are to return to former glories and get back into the Champions League, winning the Europa League, and nothing else, will be their only route. 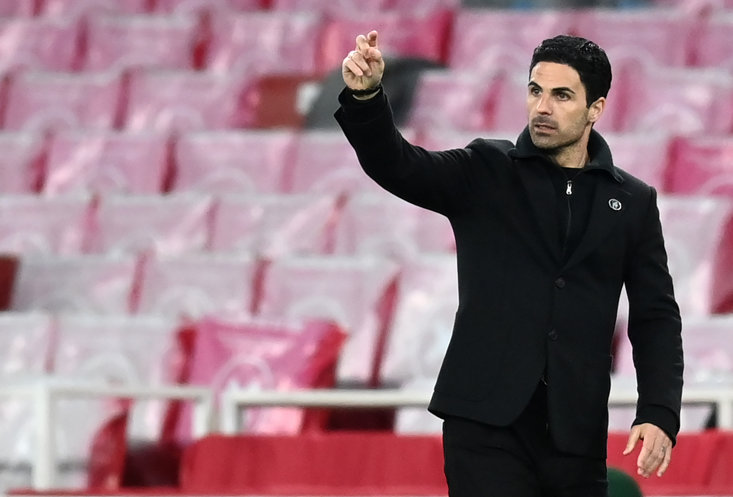 Since winning the tournament has sealed a place in the Champions League, no club has needed it like Arsenal. Sevilla have won it three times, while Manchester United, Chelsea and Atletico Madrid have also lifted the trophy. The four clubs are European regulars. Not winning the Europa League would not have harmed their European participation. For Arsenal though, the reward would be huge and could potentially save the club years of building.

With fan protests against current owner Stan Kroenke continuing, the players and staff on the training field will still be firmly focused on what is occurring on the pitch. Winning the Europa League would mean so much more than the glory of the night, it would put Arsenal back on a track they wandered from many seasons ago. They have lost their way but success here could set them back on the right path.

Arsenal will find it much easier signing talent playing in the Champions League, the top competition. With zero European football to offer though, and it would be extremely hard, seeing them slip further behind rivals who don’t currently see the Gunners as rivals as they fight Leeds, Aston Villa and Wolves for a top-ten finish.

Champions League via the Europa League is a must, and it would be deserved after getting the better of Villarreal, United or Roma, Benfica, Olympiacos and Slavia Prague.

“The table says that Arsenal are a long way behind,” former Gunners defender Lauren told the Daily Mirror this week. “But I think the team in some periods, they play brilliant games, play very good football and have some outstanding young players.

“If they want to catch up, they have to make a real effort to build in the long term with more top players. You can’t compete with Manchester City, Chelsea, if you want to win the league you have to fight with the same weapons.

“You can’t win the league against City when they have De Bruyne, Sterling, Gabriel Jesus, Gundogan, they’ve got so many top players in their squad. You have to build and try to catch them.

“You need to play the Champions League every single year, that will give you the tools and ability to attract those players in order to win the league. Honestly, we are one step behind Manchester City, Chelsea or even Liverpool. Unless you have the tools, then you can’t win the league.”

Having slipped so far this campaign, the Europa League could help catapult them back to the top. Rarely has a tournament felt so decisive for a club’s long-term future.