As Erik ten Hag came into his first derby as Manchester United boss, he would have been eager to end a rut that has lingered among the Red Devils since the retirement of Sir Alex Ferguson.

All five managers to follow the Scottish legend - David Moyes, Louis van Gaal, Jose Mourinho, Ole Gunnar Solskjaer and Ralf Rangnick - had failed to win their maiden Manchester derbies. And while Manchester City are unbeaten so far this season, the Dutch boss would have been forgiven for feeling that his side were an entirely different prospect to the one that lost 4-1 in this fixture in March, having won five of their last six, playing some excellent football along the way.

Instead, that optimistic feeling lasted barely five minutes as Pep Guardiola’s Citizens mauled their neighbours in one of the most dominant derby day performances in recent memory.

Though the home side were undoubtedly first class at the Etihad this afternoon, particularly the record-breaking, superlative defying Erling Haaland, who became the first Premier League player to score a hat-trick in three consecutive games in the competition, it was United’s defensive frailties that ultimately lead to the 6-3 scoreline. 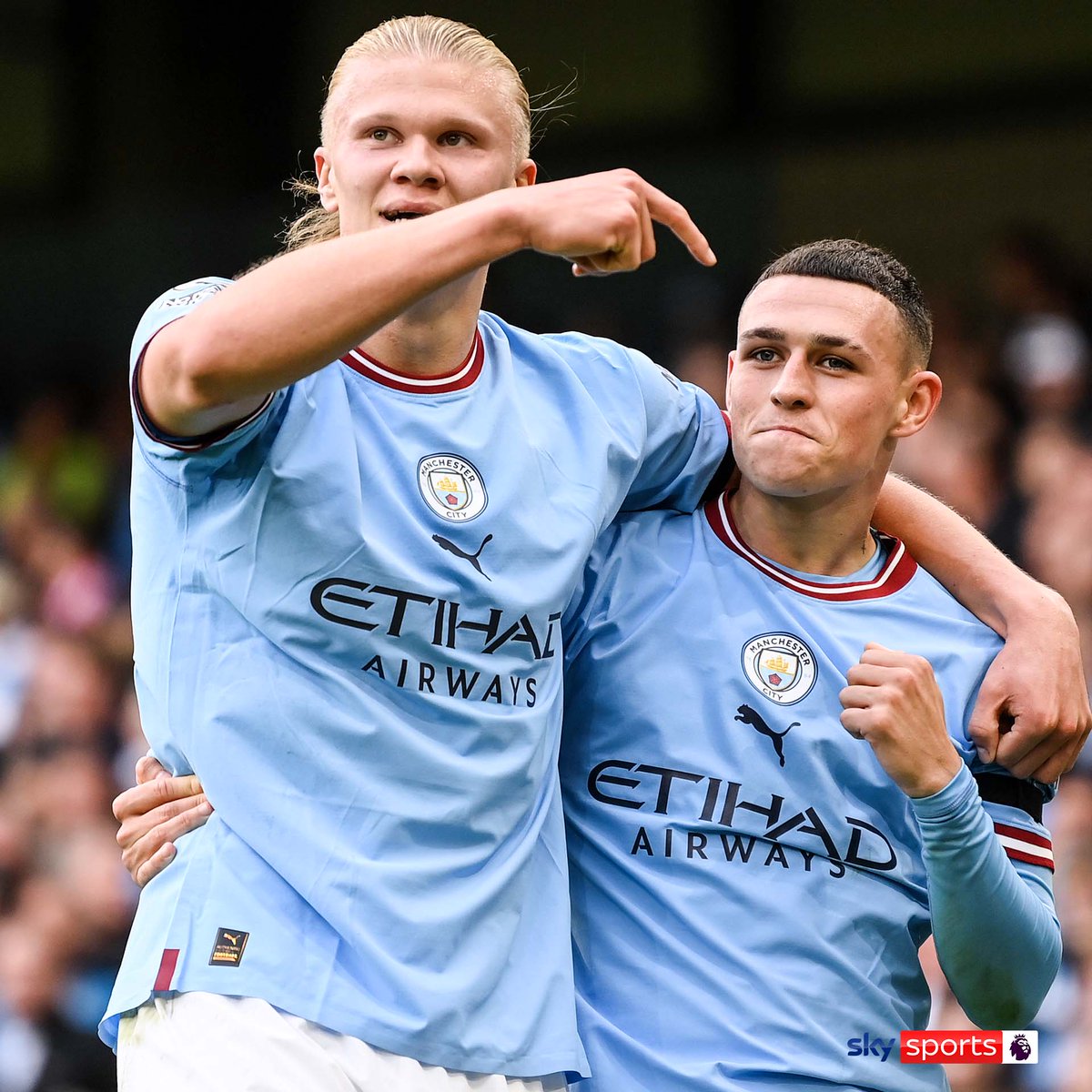 Ten Hag claimed pre-match that he wanted to take City out of their comfort zone, instead his side’s woeful showing meant that their opposition could have hardly had a more comfortable game this season.

Both United full-backs, Diogo Dalot and Tyrell Malacia, were on a booking before a quarter of the game was done, putting the backline on tenterhooks from the off. The decision making was dreadful while in possession and simply invited City to pile on the pressure. Christian Eriksen meanwhile looked like a lost man as he was curiously tasked with keeping Kevin De Bruyne and man mountain Haaland at bay.

City broke the deadlock after just five minutes through Phil Foden The local boy was picked out in the centre of the box by Bernardo Silva, sweeping home past a helpless David De Gea. The 22-year-old became City's youngest Premier League scorer in a derby since Kelechi Iheanacho in 2016.

It was always a matter of when and not if City got their second and it was the in-form Haaland who doubled the lead. The Norwegian superstar rose highest from Kevin De Bruyne’s corner, shrugging Eriksen aside, to power home.

Things went from bad to worse minutes later when Haaland grabbed his second of the game, essentially putting the game to bed in less than 40 minutes. De Bruyne was once again the orchestrator, playing in a sumptuous low cross from the right that found its way through the middle of Raphael Varane and De Gea, leaving Haaland to slide it in from close range.

Who knows what Sir Alex Ferguson, watching on from the stands, was thinking as Foden clinched his second on the stroke of half-time, prompting some of the visiting fans to leave early. This time Haaland turned provider, putting in a cross De Bruyne would have been proud of for Foden to poke in for City’s fourth.

The remaining visiting fans were finally given something to celebrate in the 56th minute as Antony pulled one back out of nowhere. Found by Eriksen, the Brazilian curled in a brilliant effort from 25 yards out into the far corner.

Any belief that United might up the ante and pull off the unlikeliest of comebacks was swiftly evaporated as Haaland, who now has 17 goals since his summer switch from Borussia Dortmund, wrapped up his hat-trick. 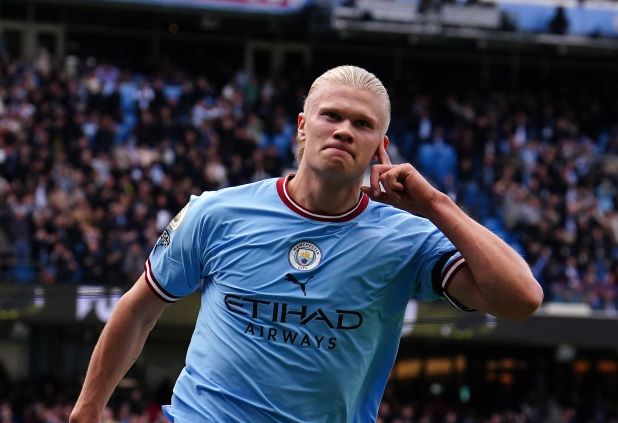 Foden wrapped up his own hat trick on 72 minutes. Jack Grealish, who put in one of his best performances in a City shirt this afternoon, running the United defence ragged, slipped in Haaland, who found Foden with space in the box. Kept onside by Luke Shaw, the Stockport star had all the time in the world to fire home.

Anthony Martial pulled another back five minutes from time after City switched off at the back, bundling home after Shaw kept the ball in play on the byline. United had their third of the match on the 90th, giving some respectability to the scoreline, from the spot. Martial was brought down in the box by Joao Cancelo and duly rifled home to secure brace.

Man City have now won three consecutive Premier League games against Man United for the first time since a run of four between April 2013 and November 2014 and move within a point of league leaders Arsenal. United remain sixth.