Football
News
There are several World Cup stars who may catch the eye of Europe's elite ahead of the January window
Conor Keane
17:00, 07 Dec 2022

It’s common knowledge that the January transfer window is the worst in football from both a club’s and fan's perspective. You know, the one in the middle of the season where player prices skyrocket because clubs are given just one month compared to conduct business rather than the three-month summer stretch.

Well, the upcoming month of movement mayhem is going to be significantly worse for a lot of clubs and it’s all thanks to the Fifa World Cup. Tournament football serves as a shop window for much of the talent on display. Whether it's world-renowned superstars such as Kylian Mbappe or any of the heroes for unlikely quarter-finalists Morocco, a handful of strong performances on this stage could lead to a player's life changing completely.

We saw it with James Rodriguez’s £71 million move to Real Madrid after blowing us away with his dazzling displays for Colombia at the 2014 tournament, and unfortunately he didn’t go on to have the career we thought he would. He is not alone in that scenario. It happened with Belgian centre-back Thomas Vermaelen when he swapped Arsenal for Barcelona, also in 2014. A lot of people might have forgotten that he even played for the Spanish giants, so badly did that move go.

Casting our minds further back, the same thing occurred to striker El Hadji Diouf when he joined Liverpool from Lens for £10 million after Senegal’s incredible run to the World Cup quarter-finals in South Korea and Japan only to flop massively at Anfield.

There is no doubt that the dazzling displays we have seen from some of the stars in Qatar will lead to some frantic auctions in January - and not all moves that follow a World Cup are destined to have a detrimental effect on a player's career.  The gargantuan interest the major tournament brings on superstars will see an even bigger inflation than there already is for January transfers. 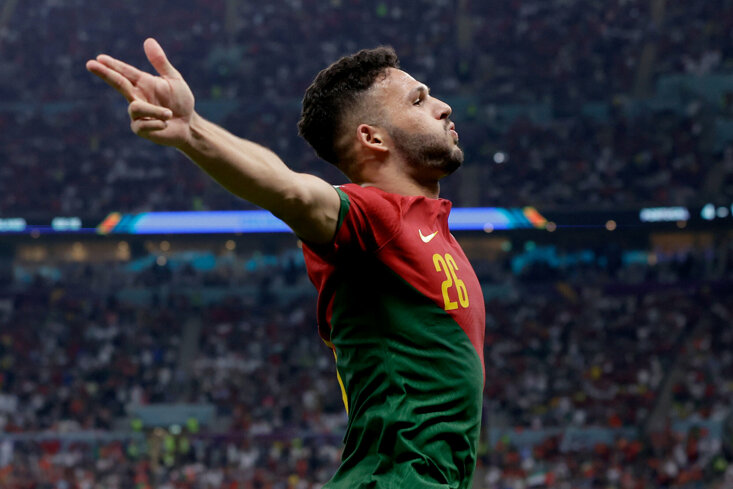 Two players expected to drive a big auction in January are the Netherlands’ Cody Gakpo and Portugal’s Goncalo Ramos. Gakpo has found the back of the net on three occasions for Louis van Gaal’s side this tournament and his stock has risen significantly over the past few weeks, despite already being the leading marksman in the Eredivisie.

As for Ramos, he may have only made one start at the World Cup but he grasped his opportunity with both hands. In Portugal’s last 16 clash with Switzerland, the 21-year-old came in for veteran Cristiano Ronaldo and he exceeded all expectations. Ramos scored a stunning hat-trick in what was a sublime performance from the Portugal team to really lay down a marker in Qatar.

To highlight just how much the World Cup changes the landscape of the transfer market for such desirables, Gakpo was subject to interest from both Southampton and Leeds United in the summer, with the Dutchman nearly joining the Yorkshire outfit in the summer window. The Saints were also tracking Benfica’s Ramos six months ago and both teams will be blown out of the water by clubs who will be looking at acquiring these stars in January now that they had done big things on the world stage.

When January 1 rolls around and you have the traditional flash sales in the British retailers, the same applies in football but the difference is shoppers are getting discounts. Football clubs will end up paying over the odds for new recruits next month because that is the nature of the mid-season window, but now it will include an added World Cup tax. Selling clubs exploit buyers who are in desperate need of reinforcements, either if a player leaves or there’s an injury crisis. They like to cover their own backs, not just financially, but depending on the time of the month, to leave them time to bring in their own replacement.

So with this traditionally frantic transfer window just around the corner, and plenty of World Cup talent likely to stir up some bidding wars, it’s almost time to strap yourselves in and await the drama that is going to unfold.