Boxing
News
The YouTuber has been invited to watch Claressa Shields on the undercard of Chris Eubank Jr against Liam Williams
Seb Parkinson
14:05, 25 Jan 2022

YouTube sensation Jake Paul has a ringside seat reserved at Claressa Shields’ world title defence against Ema Kozin in Cardiff next month as the Americans move to end their online feud.

Earlier this month, their war of words reached a peak when Paul’s team leaked emails that suggested Shields had requested a spot on Paul’s undercard. The two-time Olympic gold medallist denied the offer had come directly from her and Paul, somewhat surprisingly, responded with an olive branch in the name of elevating the women’s game, tweeting:

“Let’s put this behind us and work together to continue to build women’s boxing.” 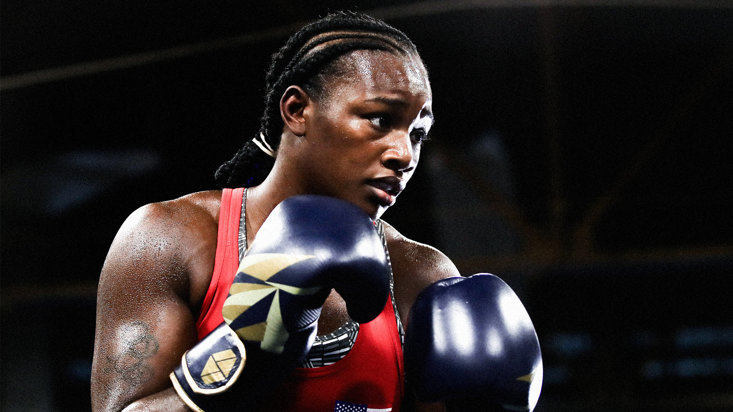 Shields’ promoter Dmitriy Salita has welcomed Paul's call for a ceasefire by inviting the 25-year-old to the UK to watch his trailblazing compatriot in action on the undercard of Chris Eubank Jr against Liam Williams. Speaking via the Vegas Insider Blog,Salita explained:

“I attended Jake’s first fight with Woodley and invite him to be ringside for Claressa’s next fight February 5th, which will air live on Sky and on pay-per-view in the USA.”

“Our goal is to continue to grow women's boxing. Claressa and Jake Paul are stars in their respective fields. The more people know the story, the struggle, the skills, the amount of work which led to the growth of women's boxing, the better it is for the sport.

“Claressa is the first woman in the history of the sport to be a main event fighter on premium cable television on Showtime. Her incredible progress and desire to lift other women fighters is second to none.

“She is a two time Olympic gold medallist, only man or woman in US history, and a three division world champion, faster than any man or woman ever. She did all of that while growing up in Flint, Michigan. If you are a person with a heartbeat, who has a basic understanding of what it takes to compete in sports at the highest level, you bow with respect to Claressa’s incredible accomplishments personally and professionally.”

Paul already has a vested interest in women’s boxing as manager of unified featherweight champion Amanda Serrano, and is in talks with Katie Taylor’s promoter Eddie Hearn for an undisputed clash, touted for April at Madison Square Garden.

Whatever you think of Jake Paul’s exploits in the ring, as well as his growing list of opponents who are not boxers, his commitment to growing the women’s game through Serrano and possibly Shields is admirable.