Joao Cancelo has such a presence in the Manchester City side and with a goal to his name in their 5-1 victory over Club Brugge in the UEFA Champions League, the versatile star is showing why he is the key to City’s success. The Portuguese defender has evolved into a special player at the Etihad Stadium and it doesn’t matter what position he plays in; he is still instrumental to his side.

While City were showcasing their usual antics in possession, they were lacking that cutting edge that they usually have in the final third, but Cancelo’s goal flipped a switch and sparked them into their most threatening gear. We have seen him play either side of the back four for Pep Guardiola and he has even played a role that he would move into a lot last season, pushing forward and acting as a sitter just in front of the defence - while also acting as the catalyst for the Citizens on the break. He constantly shows his intelligence on the pitch, always knows when to stay back and when to push up-field and provide offensive support for his teammates and his quality on the ball is simply undoubted.

As the side’s catalyst, he arguably holds the most important role for City and yet he is so well-rounded that he can play in so many positions. Considering he is naturally right-footed, he has never looked out of place on the left side and while playing there would hinder many right-footed players, he is still able to deliver for his side which further highlights his quality and how much of an impression he has on this team.

The club need to make sure that he is fit and raring to go all season because if he were to sustain an injury, Guardiola will lose one of his strongest players who is practically irreplaceable in that starting 11. Whereas City have a wealth of options in midfield, given the lack of depth behind him at left-back, it would be a huge loss for the manager if the Portuguese man was to miss any sizable part of this campaign. 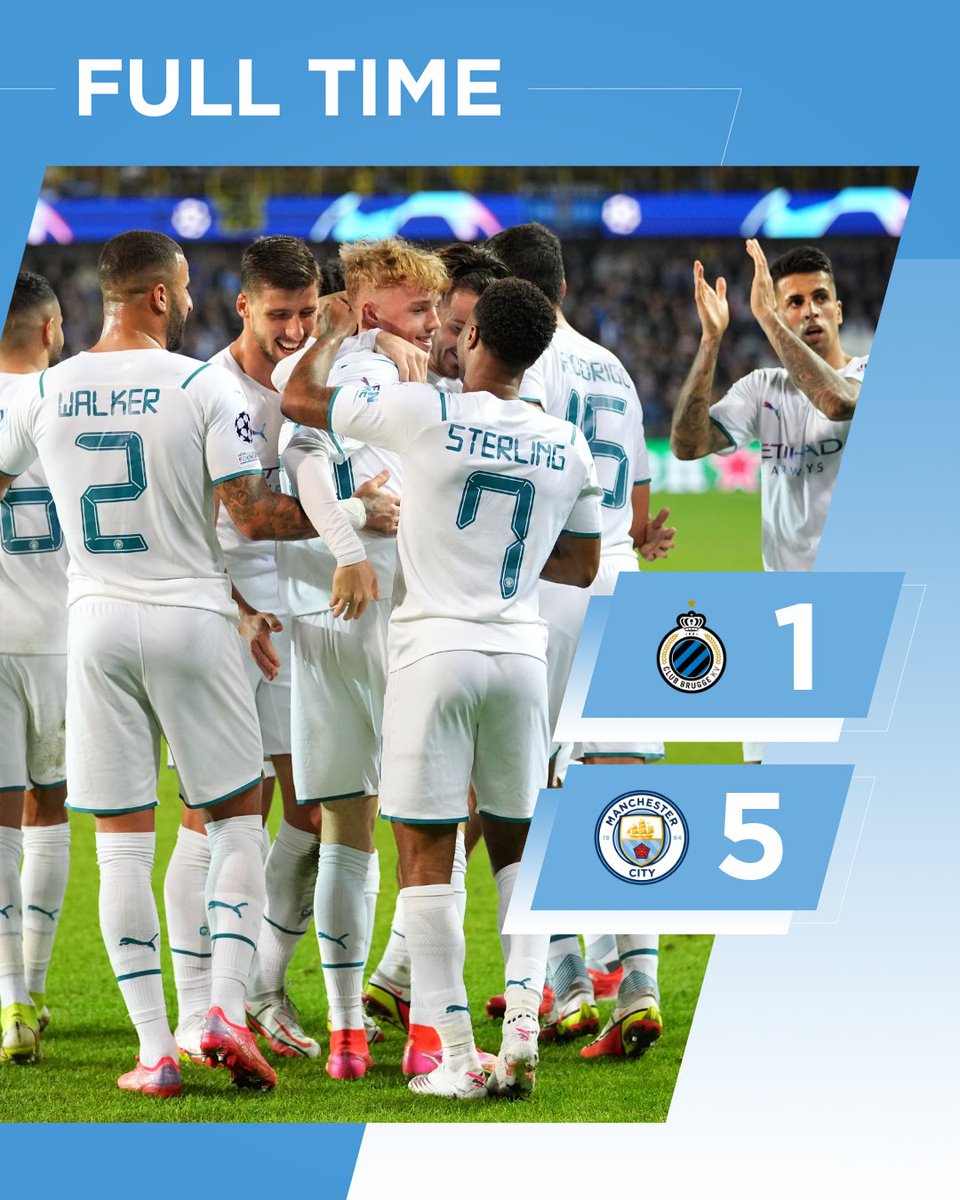 In Belgium, City were in total control early on as they split open their opponents’ defence with ease but their final pass was always lacking the quality that they normally show. They finally broke the deadlock when the majestic Phil Foden brilliantly picked out the instinctive run of Cancelo who showed great composure to chest the ball down before slotting the ball through Simon Mignolet’s legs and into the back of the net. This lifted the away side who had now found their goalscoring touch and they were able to double their lead on the stroke of half-time. Riyad Mahrez was caught just inside the penalty area and the Algerian converted from the spot with a well-placed penalty into the far corner, sending Mignolet the wrong way.

In classic Guardiola fashion, he wanted his side to continue the goal-fest and fellow full-back Kyle Walker got in on the action early in the second-half after the ball was threaded through to him by Kevin De Bruyne and that put the game beyond doubt. The Belgian outfit gave a valiant effort but they crucially couldn’t get close to City in the midfield battle, as Foden and De Bruyne sparkled.

One of the stories of the night came as City’s young academy star Cole Palmer got on the scoresheet with a delightful finish for his first goal in the competition, on his first appearance. That rounds off a sensational few days for the teenager and although the hosts were able to conjure up a consolation late on as Hans Vanaken beat Ederson with a thumping finish - Mahrez went up the other end to put the icing on the cake of a comfortable 5-1 win.

This was a great night for Man City and a spectacular night for Cole Palmer - yet Joao Cancelo may just have emerged as the pivotal cog in this trophy-chasing machine.