Football
News
Ahead of the North London Derby, it’s Mourinho who is flying and Arteta who is still trying to find the right recipe for success
Elliott Bretland
09:00, 06 Dec 2020

It’s fair to say that the reputations of Tottenham boss Jose Mourinho and Arsenal manager Mikel Arteta preceded them when they arrived in north London at the end of last year. The contrast was stark too. While doubts lingered over Mourinho despite his massive success in the past, with some claiming his powers have been diminished in the modern game and that he had been left behind tactically, Arteta was seen as the next big thing, the young guy with bright and fresh ideas having learned from the best after working under Pep Guardiola at Manchester City.

However, as the pair prepare for the north London derby on Sunday evening, it’s Mourinho who is flying and Arteta who is still trying to find the right recipe for success. As we entered derby weekend Spurs sat at the top of the table, while the Gunners were all the way down in 14th, something unimaginable during Arsenal’s decades of local rule as they claimed the title at White Hart Lane, home of the enemy, in 2004. This is their worst start to a season since 1981, a record Arteta will not enjoy but will likely ignore as he knows this is a building job and a process. The fans will not ignore it though and he and his team have to get it right against Tottenham, for London pride depends on it. 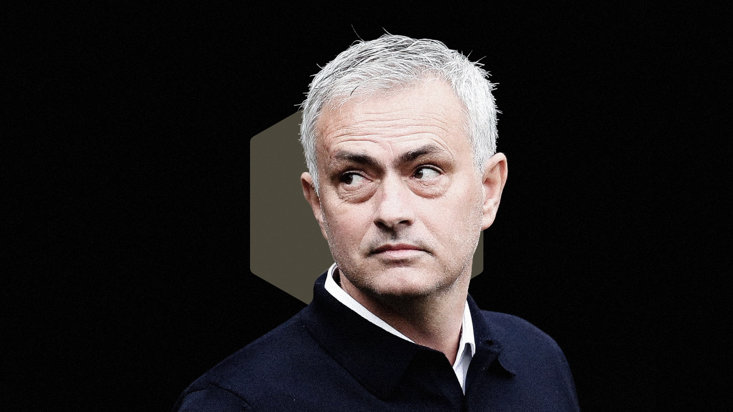 Spurs, thanks to Harry Kane and Son Heung-min, have been in the goals with clinical counters on the back of a sturdy defence, a Mourinho staple, and are the only side to not have double figures in the goals conceded column of the table so far this season. Though for Arsenal, they haven’t been able to find such synergy in the team.

Arteta has made them more compact and difficult to play against, that’s for sure. On the back of the difficult final Wenger years and the mess under Unai Emery, he has certainly fixed some issues and, having come in fresh from a crash course in football with Pep, Arsenal fans will have been hoping to see swashbuckling, attacking football with verve at the other end. That’s not really been the case though - in doing the work at the back, the frontline is broken right now and Arsenal, even with Pierre-Emerick Aubameyang leading the line, the man with 22 goals in each of his last two seasons, are stuttering in the final third. There is a lack of creativity and guile upfront - the Gabon international’s last goal from open play came on the opening day of the season against a porous Fulham and the Gunners have scored just ten goals in ten league games. Only the bottom three have hit the back of the net fewer times. 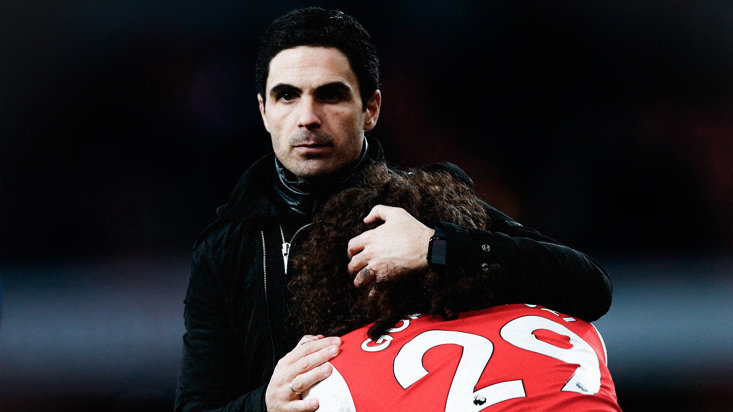 That is where experience comes into play. Mourinho knows how to tighten things up but still punish teams. Arteta is still learning and finding out. For context, ‘the Special One’ came into a relatively settled Spurs squad that enjoyed an upward trajectory under Mauricio Pochettino which included a Champions League final appearance. Arteta had a much bigger job on his hands and did win the FA Cup while juggling several problems.

The time the pair have had in management is vast - when Mourinho was winning the European Cup with Porto, Arteta was a 22-year-old struggling for game time at Real Sociedad after spells with PSG and Rangers and soon to be rescued by Everton. Nobody is saying Arteta should be anywhere near Mourinho right now, but the demands of the club he is at means comparisons will always come.

So, while Arteta may have been en vogue last year, he has much to prove though still has plenty of time to add substance to his style. Their stocks will rise and fall depending on Sunday’s result but Spurs fans will tell you, you just can’t beat a classic like Mourinho.

x
Suggested Searches:
Tyson Fury
Manchester United
Marcus Rashford
Lewis Hamilton
F1
Air Jordan
More
football
Fireworks, Fallouts And Attacking Football, Here's What Tuchel...
Well, it’s Groundhog Day, again. Chelsea are once more preparing to welcome a new manager to the [ ... ]
football
Aston Villa Have Their House In Order, Newcastle’s Is Crumbling...
If the Premier League was a building site, Aston Villa’s terrace would be taking shape nicely. [ ... ]
football
Diogo Jota’s Return Is The Light At The End Of The Tunnel For...
Jurgen Klopp must have some regrets right now. More so than ever before, his decision to play Diogo [ ... ]
football
Forever Lauded For Their Attacking Prowess, Man City Are Shining...
Stereotypes and reputations can be hard to shift. Pep Guardiola’s teams play beautiful, expansive [ ... ]
football
Rooney’s Experience As A Wonderkid Will Pay Dividends For Derby’s...
“Thomas and Wayne, they were shooting fireworks at each other,” recalled David Moyes, on [ ... ]
football
From Cantona’s Collar To Robbing Shearer’s Minibar, Razor’s...
Millwall, Saints, Spurs, Liverpool, West Ham. I’m A Celeb, Wife Swap, The Jeremy Kyle Show, Big [ ... ]
football
The Star-Studded Harry Redknapp Podcast Hoping To Raise The...
Get the jam roly polys out of the oven, wind your window down and let all and sundry know that there [ ... ]
football
Get A Core Like CR7 With Two Of Cristiano Ronaldo’s Quick-Hit...
As the winner of 30 major trophies, five Ballon d’Ors and someone who is widely recognised as [ ... ]
football
Finally! The Definitive Book Separating Fact From Fiction In...
The branches of the great royal oak that is football are endless. A continuous weaving narrative, rich [ ... ]
football
British Football’s Greatest Grounds, The Book Celebrating Every...
Great Britain no longer predominantly finds its religion in churches and cathedrals. It’s more [ ... ]
football
Cracking Christmas Gift Ideas For The Fanatical Football Fan...
The footy-mad person you’re buying for this Christmas has probably been kitted out since the summer, [ ... ]
football
Stocking Filler! Believe Us: How Klopp Transformed Liverpool...
Few journalists have followed Liverpool so fervently and passionately over the past several years as [ ... ]
football
With A Wealth Of Talent, The Players Podcast Flips The Script...
A collaboration between BBC Sport and Copa90? Yes please! Totally devoted to the ever burgeoning, ever [ ... ]
football
Gareth Southgate Looks To Inspire Next Generation Of Footballers...
There was a time. A most glorious time. Smiling faces congregated closely together in large, open spaces. [ ... ]
football
Andy Cole Shoots From The Hip In His No Holds Barred Autobiography,...
There may be a plethora of sports books being released this winter ahead of the festive season, but [ ... ]
football
Jamie Carragher’s Greatest Games Is The Book Football Fanatics...
Over the past seven years through his stellar television punditry work, one-club man Jamie Carragher [ ... ]
football
The Opportunities Given To Players By Southgate Is Paying Dividends...
Ok, so the Republic of Ireland didn’t lay a glove on them. But England’s performance in [ ... ]
football
Gomez Injury Latest Reminder Football's Eating Itself Whole...
Just when Liverpool thought their defensive crisis couldn’t get any worse, along came the news [ ... ]
football
The New adidas Podcast Putting Premier League Players Through...
Aiming to put some of the fastest players in football through their paces, host Ben Haines has recruited [ ... ]
football
Jurgen Klopp Has To Pick Jota Over Firmino And Not Just Because...
“Football is a simple game made complicated by people who should know better.” Fine words, [ ... ]
football
Goals And Punctures! The Biking Passion And YouTube Vids Of...
The general consensus, whether rightly or wrongly, is that footballers are all about the beautiful game. [ ... ]
football
Schoolboy Defending Leaves Man Utd And Solskjaer Facing The...
It happened again. It keeps happening. Manchester United came up against a well-drilled opposition who [ ... ]
football
Jurgen Klopp's Ruthlessness Has Allowed Diogo Jota To Become...
He’d netted goals in Liverpool’s previous three fixtures, including second-half winners [ ... ]
football
The Fascinating Book That Lifts The Lid On Brazil's Glorious...
“If we had won that game, football would have been different. That defeat for Brazil was not beneficial [ ... ]
football
Covid Can't Stop Ronaldo, Five More Weekend Sport Stories You...
Cristiano Ronaldo is still brilliant, Mercedes are still untouchable and Manchester City are still FA [ ... ]
football
Man United vs Arsenal's Narrative Has Changed But The Fixture...
Manchester United versus Arsenal. You read the fixture and what do you think of? Roy Keane and Patrick [ ... ]
football
Marcus Rashford Captured Our Imagination, He’s Sports Personality...
There’s a storm a brewin’. A Sports Personality of the Year size storm. It might seem like [ ... ]
football
‘The Red Apprentice’ Explores Solskjaer’s Surprising Path To...
To many, Ole Gunnar Solskjaer was a shock choice to relieve Jose Mourinho as manager of Manchester United, [ ... ]
football
Dazzling In Europe Again, But It's Time For Man Utd To Up Their...
In many ways it was a typical Manchester United win under Ole Gunnar Solskjaer, and yet it was also [ ... ]
football
Liverpool Need To Show What They're Made Of During Injury Crisis
Now we’re really going to find out what the Premier League champions are made of. Liverpool’s [ ... ]