Boxing
News
Dom McGuinness and Anthony Crolla turn their attentions to a huge fight north of the border this weekend
Seb Parkinson
15:02, 25 Feb 2022

Dom McGuinness and Anthony Crolla are on the road again and this week their focus is north of the border in Glasgow, as undefeated Scottish fighter Josh Taylor (18-0-0) puts all of his super-lightweight belts on the line against the fellow undefeated and WBO mandatory challenger Jack Catterall of England (26-0-0).

The fight is being dubbed the Battle of Britain, but Josh Taylor has rebuked that moniker due to his large following heading to the OVO Hydro from England, Wales and Northern Ireland this Saturday.

Glasgow isn’t the only host of world class boxing this weekend as Lawrence Okolie faces off against Michal Cieslak to defend his WBO world cruiserweight title at the 02 Arena in London on Sunday evening.

Starting with proceedings in Glasgow and working our way south, Dom and Anthony Crolla dissect each main event, starting with a visit to Jamie Moore and Nigel Travis’ stable in Astley, on the edge of Salford, to speak to Jack Catterall ahead of his long-awaited shot at the WBO and subsequently all of the super-lightweight belts opposite Josh Taylor.

Speaking on the Lightweight Boxing Show, Catterall, who stepped aside to allow Taylor to fight Ramirez in 2021 explained: “A lot of people forget this is the fight I wanted. I wanted these big names for the last couple of years.

“I’ve been mandatory for well over two years now and there was a lot of bumps in the road. The unifications, undisputed, the Covid etc. I felt that this fight or a world title fight for me wasn’t going to happen. To say it’s come ten-fold to be fighting for all the titles, I’ve definitely got a spring in my step.” 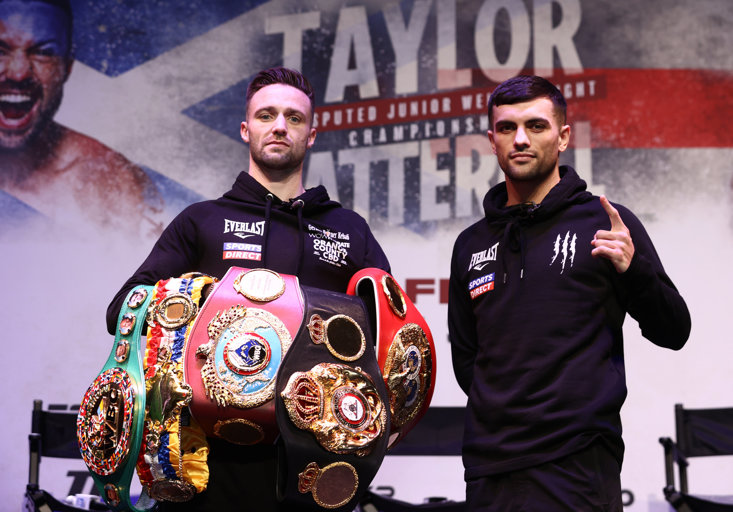 Catterall is walking into the lion’s den on Saturday as he challenges Scotland’s number one fighter, but he isn’t worried, in fact he’s extremely cool, calm and collected.

“This is Josh’s homecoming party and I have to go there and upset the odds. I felt like I’ve been in this position before, maybe not on this magnitude, but I’m comfortable going up there as the underdog.”

Speaking of his fighter, trainer Jamie Moore echoed Jack’s confidence. The former commonwealth super-welterweight champion said: “He’s 26 and 0, an unbeaten fighter so for anyone to write Jack off is crazy in my opinion. I understand Josh is a big favourite.

“But to write Jack off is insane. We’ve seen how good Jack is with some of the stuff he’s done in the gym.

“In fights he can allow himself to be lowered to the level of his opposition. But, that works both ways. The better fighter he’s in with, the better he performs and I firmly believe that that’s going to happen on Saturday.”

On the other side of the ring stands Taylor, with the crowd firmly in his corner despite Catterall bringing a contingent of his hometown of Chorley up to Glasgow. Speaking to The Sportsman in December, Josh Taylor gave an update on his knee injury, which resulted in the fight, which was originally scheduled to take place on December 18th, to be rescheduled.

“[The knee injury] is just frustrating really, it’s not affected my preparations or anything like that, it's just the fact we couldn’t get the fight before Christmas. I have a gym in my garage just ten-feet from my house, so I’m able to train on Christmas day. It’s not affected me, I’ve just had to adjust my training accordingly to the injury.”

On the fight itself, Taylor oozes confidence as seen in The Gloves Are Off and in the press conference on Thursday. Josh Taylor is a talker, he’s a great tongue and does his research to keep the upper-hand where a war of words is concerned. 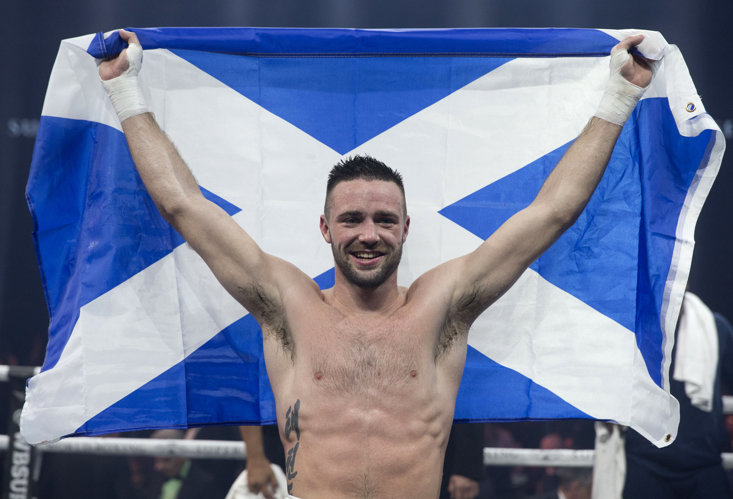 “So unless I switch off or underlook him or overlook him or whatever; there’s no possibility of that happening, so I just don’t see a way he can win the fight unless I have an off night,” Taylor explained when asked how he sees the fight going.

In London, Lawrence Okolie defends his WBO world cruiser title against Poland’s Michal Cieslak. Promoter and Matchroom Sport president Eddie Hearn spoke to the Lightweight Boxing Show’s Dom McGuinness about the fight, which unusually takes place on Sunday evening, at the not so unusual 02 Arena.

“I’ve always felt as a fan I’d like to watch boxing on a Sunday. You have your Premier League football and once you get to 4, 5, 6pm I don’t know what else there is to do other than go back into the Fridge, so this is good news for people not to go back into the fridge and sit down and watch a great night of world championship boxing.”

On the fight itself, Hearn explains: “Lawrence Okolie in the toughest fight of his career so far against Cieslak, an elite cruiserweight. The main event will be in the ring at 9pm.”

“For me Lawrence Okolie is the best cruiserweight in the world. This is the final stage for Okolie, before unifying. But I tell you, this is a real fight. Cieslak is better than some of the world champions out there at the moment, so by far the toughest test of his career so far. And yeah Mairis Briedis [The Ring and IBF cruiserweight world champion] will be there and hopefully we get that fight on in the summer”.

The Lightweight Boxing Show airs on YouTube Fridays at 5pm where Dom McGuinness and Anthony Crolla dissect the boxing scene and speak to the biggest and best names in the sport, from promoters to fighters, journalists and trainers. Subscribe to the YouTube channel to be first to know when a new show, interview or feature goes live.