Football
News
The Reds could face Chelsea in the semi-finals should they progress
Elliott Bretland
11:26, 19 Mar 2021

Liverpool will face Real Madrid in the Champions League quarter-finals, while Manchester City will take on Borussia Dortmund and Chelsea will meet Porto.

Should the Reds of Merseyside and Blues of west London progress, they will meet in the semi-finals for a rematch of their famous 2005 clash while Pep Guardiola's City side will face the victors of Bayern Munich vs Paris Saint-Germain should they get the better of the Black and Yellows.

City's clash with Dortmund is sure to be an interesting tie for the Erling Haaland household, with the striker heavily linked with a summer move to City, the club his father Alf-Inge played for in the equivalent of the Championship, rather than Champions League, twenty years ago. 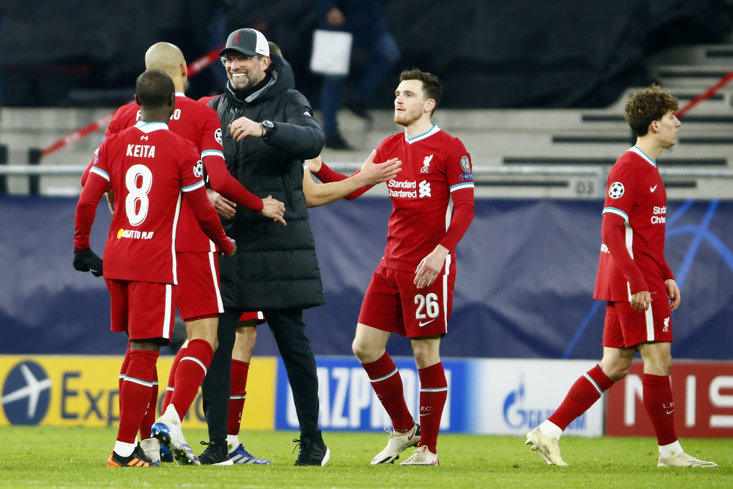 Liverpool certainly face a tricky test against Real after getting the better of RB Leipzig with a 4-0 aggregate victory. They are faring much better in Europe than they are in the Premier League, having lost their last six home matches at Anfield, but tackling Los Blancos will be an altogether different challenge as last year's finalists go head-to-head. Chelsea, meanwhile, look to have an easier tie on paper though Portuguese giants Porto have already dumped Juventus and Cristiano Ronaldo out of this season's competition in the last 16.

As for City, it's another German outfit to get the better of after they swept aside Borussia Monchengladbach. Ilkay Gundogan will be hoping to continue his insane goalscoring form against his former club after notching his 15th strike of the season in the last round. PSG, like City, are still searching for their elusive first Champions League crown but will be confident of taking on Bayern after knocking out Barcelona and Lionel Messi.