Football
News
England and Wales have been relegated from Nations League Group A. But does anyone care?
Joey Mills
17:00, 26 Sep 2022

The dust has settled on England and Wales’ relegation from Nations League Group A. The ramifications of this major fall from grace will be felt for generations to come, as the two sides look to rebuild from their shock exits. Except, the ramifications were barely felt at the time and few care about them now. Portions of the audience still aren’t even aware of the rules of this convoluted mess of a competition. UEFA’s baby was supposed to eliminate meaningless friendlies. But this round of fixtures, serving as the last action before Qatar 2022 this winter, feel like friendlies.

No sleep has been lost by England or Wales fans over playing a different set of teams in the next instalment of Nations League irrelevance. Just like no Portugal fan considers their 2019 triumph to be on a par with winning Euro 2016. Nor do France supporters file their 2021 Nations League win alongside their two World Cups and pair of Euros successes. Competitions can only be considered major tournaments when they matter and the Nations League just doesn’t seem to matter to enough people.

The proximity of this round of games to the World Cup doesn’t help. A competition founded in 2018 is always going to come out second best when compared to one that has created 92 years of memories. Even though the Qatar World Cup is rightly being criticised for its winter kick-off, the rampant human rights abuses of its host country and the organisational failures of the preparations, the pull of the brand is strong. So strong that most broadcasters and even players have framed these games as World Cup warm-ups rather than crunch Nations League ties. You get the idea nobody is losing sleep over relegation or even dreaming of lifting the trophy.

The end of the “meaningless” friendly is the most commonly cited benefit of the Nations League, but that argument only holds water if the alternative meant something. It doesn’t to most fans. The confusing rule set has already been rebuilt once and is still difficult to follow for the layman. Groups and knockouts are a universal language in football. So is promotion and relegation. To mash the two together into an apathetic paste is a step too far.

Further layers of mind-melting bureaucracy are added in order to link the tournament to its more illustrious forebears. Qualifying spots are doled out to various teams in the competition for one of the major tournaments. But due to the fact that the Nations League runs concurrently with, rather than replaces, the usual qualifying schedule means that often the best teams have already qualified. This sees the places trickle down to weaker teams who have failed to qualify through the traditional route. While giving lowlier teams a shot at big tournaments is an altruistic approach, all it does is serve to water down competitions that are supposed to showcase the best of the best. 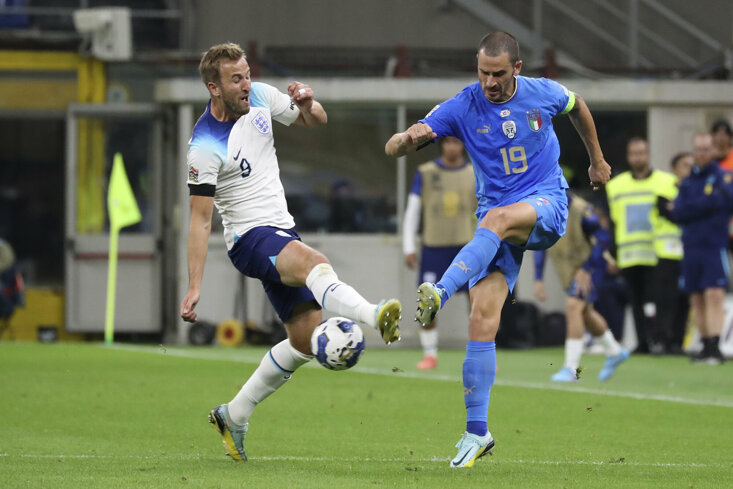 What of those lowlier teams who, even with this hackneyed second chance of qualification, will never reach a major finals? For them is the ghetto of Groups C and D. This is ostensibly to give teams accustomed to getting a kicking in mainstream Euros and World Cup qualifying a chance to play and beat teams of a similar standard. The Gibraltars and Andorras of this world have actually won football matches thanks to this brave new tournament. But are they learning anything from getting to beat up on the few teams in the world weaker than them before getting slapped by everyone if and when they get promoted to the next group up?

The limited scope afflicts the bigger sides too. Forcing European teams to play against opposition from the same continent, when they already do so during tournament qualification, is regressive and dull. Surely supposedly “meaningless” friendlies in which teams can test themselves against the likes of Brazil, Argentina and Uruguay would be far more appealing for fans and players? European football is insular enough as it is, with the Champions League ruling the global game. Seeing teams from different continents meet is more exciting for the supporters and educational for the sides.

The Nations League was an admirable experiment but a failed one. It sought to quell the churn of modern international football and instead added cement to the over-egged pudding recipe. The idea of putting importance on friendlies missed the point. Friendlies are important because they aren’t important. They are a freeing experience that allows for experimentation. They are a platform for debutants, a chance to face off with teams from further afield than the UEFA family. What we do not need is the faux-drama of teams being relegated from a tournament that has no consequences or lifting a trophy that has no prestige. The Nations League feels unimportant because it tries too hard to be important. Long live the meaningless friendly.