Boxing
News
Despite fewer fights than ever overall, we were still treated to some boxing classics this year
Kieran Spratt
09:00, 26 Dec 2020

It’s been a strange old year for boxing, with fewer events than ever thanks to the onslaught of the Covid pandemic, but fight fans were still treated to some modern classics over the last 365 days or so. From heavyweight shocks to lightweight classics, here are our picks for five of the best boxing matches in 2020....

In October, light welterweights Jose Zepeda and Ivan Baranchyk engaged in five rounds of unadulterated war. Honestly, you could have shut down the polls for Fight of the Year immediately after this brutal bout came to an end.

From the opening bell the fight had all the hallmarks of a classic, with Zepeda going down twice in the first round, both fighters tasting the canvas in the second, Baranchyk going down in the third, again in the fourth, and in the fifth and final round, Zepeda was dropped for a fourth time.

This could have gone on all night, until a perfect sledgehammer of a left from Zepeda put the brave Baranchyk down for good, a chilling KO that put the Belarusian unconscious for several minutes. If aliens invade between now and December 31st demanding to watch the best boxing match on planet Earth in 2020, make sure you show them this. 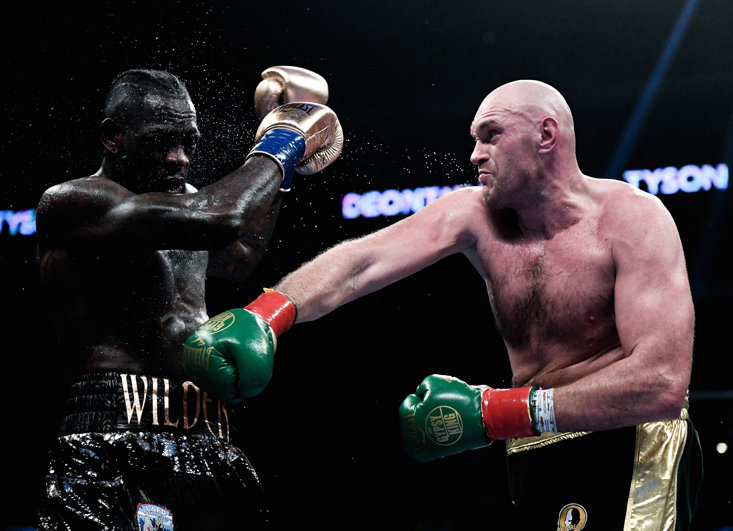 Given all that happened in 2020 after this February showdown between Tyson Fury and Deontay Wilder, it’s hard to believe that this heavyweight masterclass from ‘The Gypsy King’ even took place this year.

Having been hard done by in their first encounter, which was ruled a draw, Fury made no mistakes this time around putting in a punch perfect performance against the American and pummelled him to win a seventh round TKO. Fury cemented himself as the man to beat in boxing’s marquee division that night.

In another classic where knockdowns were traded like Christmas presents, lightweights Masayoshi Nakatani and Felix Verdejo lit up December with an absolute barnstormer in Las Vegas.

Verdejo was once considered boxing’s next big thing and he showed his class by dropping Japan’s uber-talented Nakatani twice in the opening around and again in the fourth but was left helpless when his opponent came back strong in the ninth, dropping the Puerto Rican twice himself, before the referee was forced to step in and stop proceedings. Verdejo was ahead on all three scorecards at the time of his stoppage, too.

This fight might not have got the attention it deserved, but anyone who did catch it will be clamouring for a rematch next year. 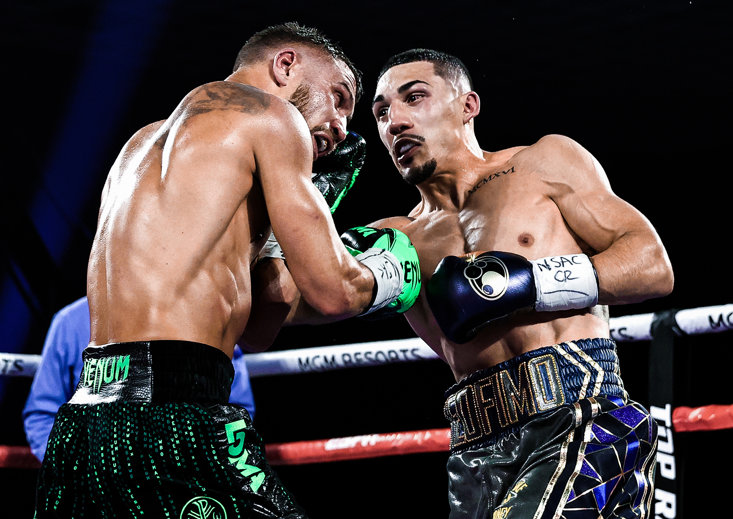 When it was announced that Vasyl Lomachenko, arguably the pound-for-pound best fighter on the planet, would take on the exciting Teofimo Lopez, 23, it had fight fans salivating. A rare bright spot in an ultimately damp squib of a year in boxing.

Thankfully, the meeting between the two on that October night more than lived up to all of the pre-fight hype with Lopez making a huge statement by out-boxing a man who many thought could never be out-boxed, snatching the Ukrainian’s WBC ‘franchise’, WBA and WBO belts and adding to them IBF strap he already had, with a unanimous decision win. We named Lopez our Fighter of the Year for good reason.

Dillian Whyte promised “maximum violence” in the build-up to his heavyweight showdown with Russia’s Alexander Povetkin and, to be fair to him, he was bang on the money. Unfortunately, he probably wasn’t expecting to be the victim himself.

It started off well enough with Whyte out-boxing his opponent with ease and looked well on his way to a routine win, knocking Povetkin down twice in the fourth stanza. Then came round five and Povetkin, on the verge of imminent defeat, unleashed a beauty of a left uppercut on Whyte’s chin to put the man flat on his back and in need of a rebuild in 2021.