A star performance from Kevin De Bruyne helped Manchester City to a comfortable 4-1 win over bitter local rivals Manchester United at the Etihad on Sunday.

It was a monumental derby win for Pep Guardiola’s side, whose Premier League title defence was starting to look far from secure in recent weeks, and they move six points clear at the top of the table, although Liverpool have a game in hand.

Victory will come as a relief for the Cityzens, having fallen to defeat against their neighbours in the last three meetings in all competitions. Braces from De Bruyne and Riyad Mahrez sealed just the second league double over United under Guardiola, but in all honesty, it could have been more, and in a display of almost complete dominance, City laid down the marker as the title race edges closer to boiling point.

For United, the fight for a spot in the top four just got a little tougher, especially with Arsenal’s 3-2 win over Watford earlier today. The Red Devils are fifth, just a point behind the fourth-placed Gunners, but Mikel Arteta’s side have three games in hand.

De Bruyne gave the home side a perfect start after just five minutes, marking the 50th Premier League Manchester Derby with his 50th Premier League goal. Orchestrated by Jack Grealish and Bernardo Silva, the pair combined wonderfully to give the latter space on the right flank and promptly feed the ball into the Belgian, who had the freedom of the box to himself. From there it was an easy finish through the legs of Harry Maguire and past a helpless David De Gea. 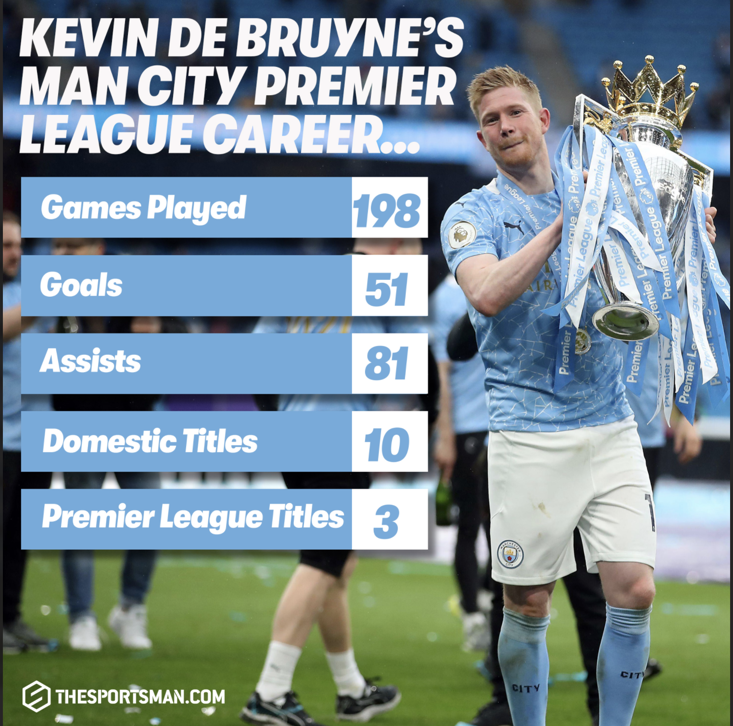 That early set-back gave the visitors a huge mountain to climb, teams have so often been pummelled when conceding early blood at the Etihad, but they responded well and grew into the game immediately. Bruno Fernandes sent Fred through on goal, but Ederson was quick to react and City snuffed the opportunity.

The equaliser came through ex-City man Jadon Sancho after some brilliant build-up play from United. A rapid counter led by Paul Pogba picked Sancho out on the wide left and after cutting back inside, the former Borussia Dortmund man finished with quality from 20 yards out into the bottom corner. With that goal, Sancho became the fifth player aged 21 or younger to score a Premier League goal for United in the derby, following Marcus Rashford, Wayne Rooney, Paul Scholes and Cristiano Ronaldo.

The magnificent De Bruyne grabbed his and City’s second goal of the game shortly before the half hour mark. This time it was Phil Foden who was the architect, capitalising on some poor clearing from the away side. The 21-year-old’s shot, which followed a delightful flick past Maguire, and Silva’s follow-up were saved and blocked respectively, but the ball diverted into the path of De Bruyne who duly fired home.

United’s high-pressing and aggressive approach, though admirable, was playing into City’s hands and they found themselves under the cosh for most of the second-half. Maguire, who had a wretched shift, had his name put in the book for unnecessarily scything down De Bruyne, highlighting United's angst.

Riyad Mahrez hadn’t scored in 11 appearances against United before tonight, but the Algerian put an end to that rotten run with aplomb to make it 3-1. De Bruyne, this time played the role of provider, floated in a marvellous corner and set Mahrez up for a fine half-volley finish via a Maguire deflection.

Like buses, Mahrez got his second goal of the game in stoppage time after latching on to Ilkay Gundogan's pass and smashing a shot past de Gea to put the icing on the cake. VAR had a good look, but the goal, his 75th in the Premier League, stood. 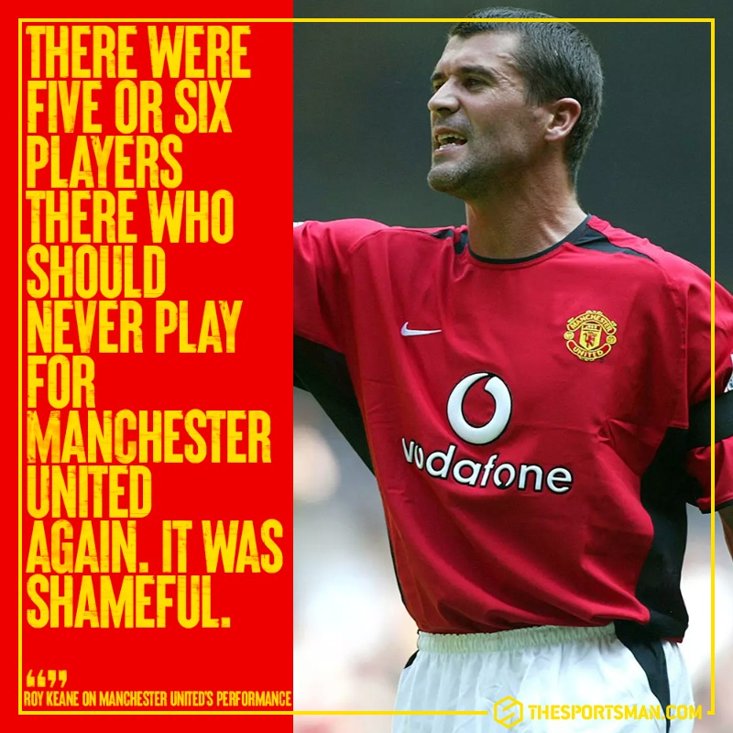 Ralf Rangnick’s United were Cristiano Ronaldo-less today and reports differ on the reason why. The official club response is that he’s injured but other reports suggest that the Portuguese star had simply refused to be part of the squad today. His absence even left Manchester United Roy Keane legend flummoxed.

Speaking to Sky Sports after the match, interim boss Rangnick said, "I think we played a good, if not decent first half. We were competitive. Difficult to concede an early goal. We came back, scored a brilliant goal ourselves then conceded another on the counter.

"It was a very difficult game against one of the best teams in the world. We conceded a fourth in the last minute of the game. It is a difficult game that shows we have a long way to go to close that gap."