Boxing
News
The stakes could not be higher for this light heavyweight rematch.
Joey Mills
10:00, 03 Dec 2021

British light heavyweight standouts Lyndon Arthur and Anthony Yarde will renew hostilities 364 days since their controversial first fight at the M&S Bank Arena in Liverpool this Saturday. Arthur won that first encounter via split decision, which still doesn’t sit right with Yarde. Both fighters are promising a more decisive end as they prepare to square off on Merseyside.

Arthur was a firm underdog going into their first encounter. While he had been excellent at domestic level, capturing the Commonwealth title in 2019, Yarde had operated in world class. ‘The Beast From The East’ had come close to knocking out Sergey Kovalev in a 2019 tilt at the WBO title, and had rattled off two wins since that loss. It looked like ‘King’ Arthur had a mammoth task ahead of him.

It was a task he took to as bravely as the mythical king that bears his name, outworking Yarde on the way to a tight, but deserved, decision. The win took Arthur to the top spot in the WBO rankings, and the Manchester man was hopeful that a shot at world honours would follow. It hasn’t panned out that way, with WBO belt-holder Joe Smith Jr opting to face another Brit in Callum Johnson. Instead, after a July TKO of Davide Faraci, Arthur returns to the scene of the crime to meet Yarde.

It is a dangerous fight for Arthur, and one he should be applauded for taking. With his number one ranking with the WBO, he would have been front of the queue for a mandatory shot at the Smith Jr vs Johnson winner. Instead, he takes a rematch where the first fight was very close, and he once again enters as the betting underdog. While this displays incredible fortitude on the part of ‘King Arthur’, it is also a tremendous risk. One need only look at the example of Dillian Whyte, who was levelled by Alexander Povetkin in a stay-busy fight while he was the WBC number one contender. A boxer mortgages their future when they step into the ring, none moreso than those on the cusp of a world title opportunity. 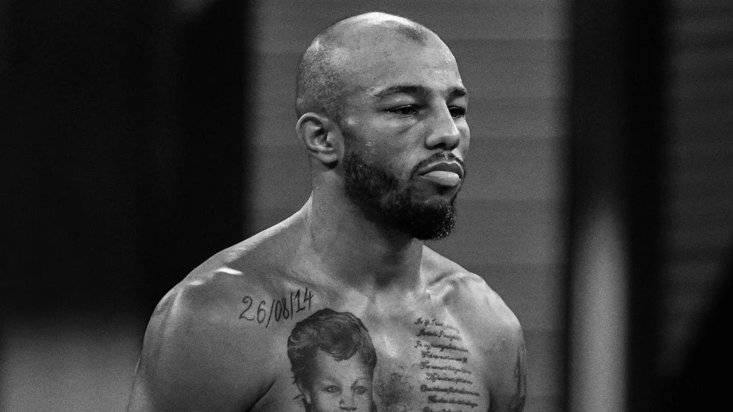 Yarde is also a man with plenty to lose as he prepares to step into the ring in Liverpool. Going into the first fight, he was a man who had only been defeated by one of the best light heavyweights of his era. Yarde remained a world-ranked contender, and was aiming to take care of this piece of domestic business before returning to the world scene. A loss, one he hotly disputes, is one thing. But if he is defeated again in the rematch, there isn’t anywhere else for him to go. At 30 years old, the road back to world level would be a difficult one to traverse. Instead, he would probably slot permanently into the domestic scene and have to watch while his conqueror goes on to bigger things.

Another layer of intrigue in this contest concerns their respective trainers. There has been several eruptions between Yarde’s coach Tunde Ajayi and Arthur’s cornerman Pat Barrett. At the press conference to announce the rematch, the two fighters could barely get a word in as their trainers verbally sparred in front of the assembled media. Two trainers entering the fight needing to win as badly as their boxers is a fascinating ingredient in this top domestic clash.

The first match was tactical, with few punches landed as a game of human chess played out. Both men have promised more ferocity this time. If this fight is more violent than the first, that plays into the hands of Yarde. He struggled to push the pace in their stop-start first affair, but if Arthur tries to trade he could come unstuck against a man with 20 knockouts from 21 wins. If Arthur sticks to his clever boxing, he could repeat the trick and finally secure a deserved crack at the world championship. Either way, it’s going to be fascinating to watch this fight of fine margins unfold.