Tennis
News
The Serbian is on high-alert waiting as the tournament begins on Monday
Simon Lillicrap
14:05, 23 Aug 2022

As he raised the Wimbledon trophy aloft in July, Novak Djokovic moved to within one Grand Slam title of Rafael Nadal’s men’s record. This August, he could have equalled the record, but it looks as if his unvaccinated status, which caused him to miss the Australian Open in January, will mean he cannot enter the United States for the US Open.

On hard courts, where the Serbian has picked up 12 of his Grand Slam titles, Djokovic would have been a key contender in both Melbourne and New York, but now, given the current rules, he will miss the chance to go level with Nadal.

According to the rules currently in place, a non-US citizen must "show proof of being fully vaccinated against Covid-19" before travelling by air from a foreign country. This law prevented Djokovic from competing at the Cincinnati Open last week, while he also missed events at Indian Wells and Miami earlier this year.

"The principles of decision making on my body are more important than any title or anything else,” Djokovic said in February, while he also ruled out getting the jab so that he could compete in the US Open. 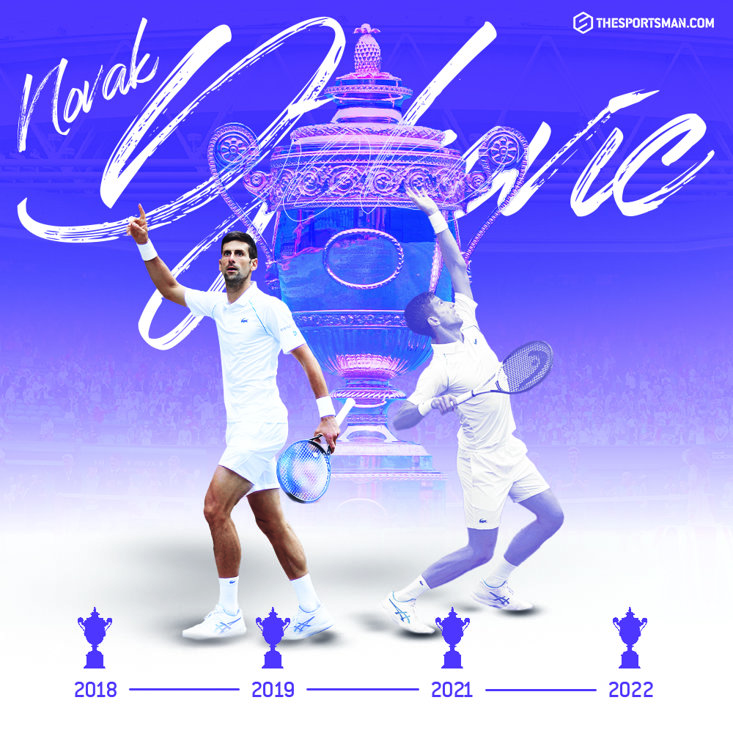 However, there was hope that the Serbian would be able to compete after his success at Wimbledon. Great Britain has completely relaxed its rules on unvaccinated travellers and given The Centers for Disease Control and Prevention (CDC), has loosened the laws on unvaccinated US citizens, there was an outside chance that Djokovic could compete. However, the rules on non-US citizens have not changed in the slightest and that is why the Serbian will not be competing as things stand when the tournament gets underway on August 29.

Questions have been raised over the rationale behind the laws as unvaccinated Americans are now allowed to travel abroad, but unvaccinated foreigners aren’t allowed in the USA. 50,000 fans have now signed a petition begging the authorities to let Djokovic play, but it seems unlikely that it will change the current state of affairs. He will not be given special dispensation to enter the country so it will take a full law change on unvaccinated foreigners to see the world number six compete in the Big Apple.

Djokovic has repeatedly stated that he is ready and raring to go and if the current laws do change, he will be on the first flight over. But there is now only a handful of days for that to happen and time is not on his side. As things stand, we will not see Novak Djokovic compete at the US Open, or the Australian Open in January.