Novak Djokovic has won Wimbledon for the 7th time after a four-set victory over Nick Kyrgios. The Serbian dropped the first set but came through against a frustrated Kyrgios 4-6 6-3 6-4 7-6 (7-3), to claim his fourth Wimbledon title in a row and his first Grand Slam of the year.

It’s an era of dominance that matches Pete Sampras’ run of victories in the late 1990s and is certainly where the Serb plays his best tennis. Once again, he was so relentlessly consistent under pressure and although Kyrgios produced some excellent tennis in the first set, he couldn’t keep up with the reigning champion.

On court after the win, the Australian gave an interview as entertaining as his tennis has been over the last two weeks.  "Yeah, he's a bit of a god, I'm not gonna lie," is Kyrgios' assessment of Djokovic. Then when asked if he was hungry for more, he responded in the only way he could.

"Absolutely not, I'm so tired!"

Meanwhile Djokovic, on his wedding anniversary as Sue Barker reminded him after the win, was enjoying his new found friendship with Kyrgios. “I never thought I would say so many things about you. Okay, it's officially a bromance,” he laughed on Centre Court, having taken the acclaim of the crowd.

The pair had agreed on social media that the winner would pay for dinner, and although Kyrgios wanted to move their bet to a nightclub, it seems the seven-time champion will have other plans, with his wife, tonight.

For the Australian, this felt like a once in a lifetime opportunity but perhaps this taste of a major final will give him motivation to keep his focus on court in future. He didn’t get to play Rafa Nadal in the semi-finals, but this was still his greatest tournament performance by quite some way and perhaps Djokovic can act as his inspiration moving forward. 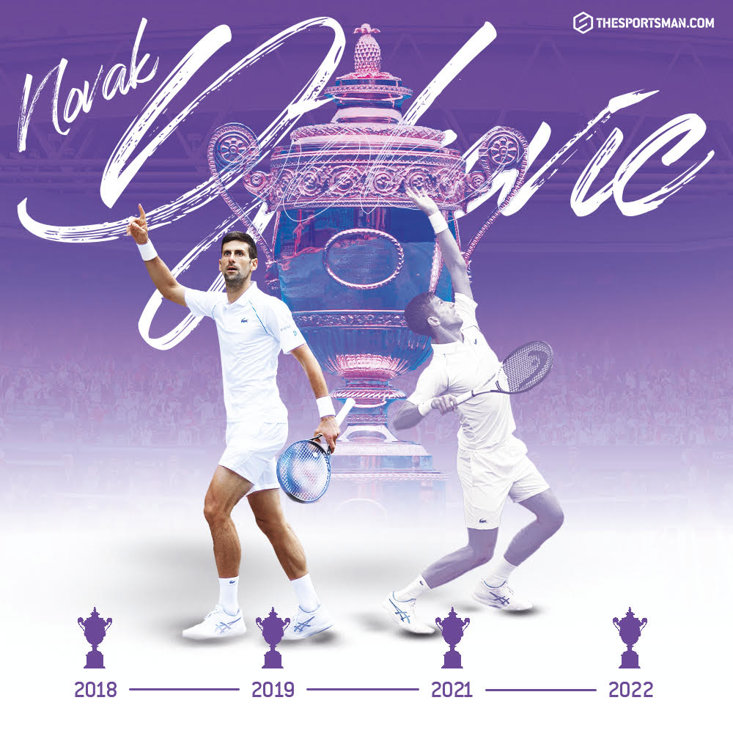 Djokovic, having been banned from the Australian Open earlier in the year, is currently unable to enter the United States due to his vaccination status, and it is a decision that could see him miss out on the Grand Slam record. Rafa Nadal, winner of the Aussie and the French this year, is now on 22 wins, Djokovic moves to 21, ahead of Federer on 20.

But Federer has passed the Wimbledon baton to the great Serbian. He has been so utterly dominant on grass over the past five years, and this win was an extension of his greatness. Kyrgios deserves praise for his conduct after the match, as he was gracious in defeat and waited for Djokovic to finish his celebrations before the pair exited the court together.

Djokovic will almost certainly be back at the Wimbledon final. It remains to be seen whether Kyrgios can get back to this stage after the best two weeks of his tennis career.