Tennis
News
The 18-year-old will have to consider the rest she will need after each tournament if she is to continue her epic rise
Conor Keane
16:10, 14 Oct 2021

After falling at the first hurdle in Indian Wells last week, tennis’ golden girl Emma Raducanu has just added the annual Abu Dhabi exhibition to a busy winter schedule as part of her build-up to the Australian Open in January. Having claimed her first Grand Slam title at the US Open last month, her return to the everyday tennis circuit has not start brilliantly and now she has to be careful when plotting her way through the coming months.

The 18-year-old’s stock has risen at an astronomical rate in the last few weeks after becoming the first British woman to win a Grand Slam since Virginia Wade 44 years ago. For now, it seems that she has been brought back down to Earth but because she’s eager to bounce back from her early exit in her most recent tournament, she has decided to add the Mubadala World Tennis Championship, which takes place between December 16 and 18, to her calendar.

She has been supported by fellow Brit Andy Murray since her defeat in California, with the former world number one calling the setback a “little bump” in the road while also referring to how far ahead she is than he was at her age. On first view, her desire to add another competition to her preparation for the Australian Open is a testament to her character and her will to further develop her game.

While there are rules in place regarding a minimum number of tournaments each WTA Tour pro must play to be entered into the higher-ranking tournaments, it is also important that Raducanu eases her way into the grind of everyday competition wherever possible. The Mubadala Championship is just the latest event she has added to her schedule, with the Kremlin Cup in Moscow next week being her next competition and the Transylvania Open in her father's home country of Romania another penned into the calendar in the coming weeks. She will commit to more in the near future as well as she prepares for her third career Grand Slam tournament at January's Australian Open, but it is key that she doesn't try to take on too much at an embryonic stage of her participation on the pro tour.

While her enthusiasm to play as much as she can is good, she is still at a raw age, and many young champions have been quick to burn out under the weight of too much tennis in a short space of time. With her having achieved success at a young age, Raducanu is in a very strong position to rapidly mature on the court, but there is no need to rush it. There are very few players who have achieved Grand Slam success in their early years as a professional and continued winning titles consistently, with Serena Williams the standout in that category. 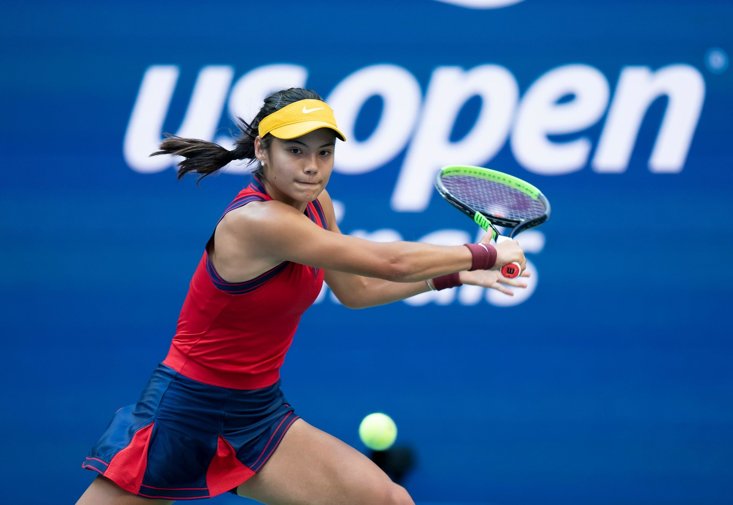 The Toronto-born star will have to consider the rest she will need after each tournament if she is to continue her epic rise. If she were to sustain an injury from overworking herself or her form suffers from fatigue, she may find it difficult to recover and get back on the upward trajectory that is currently before her. Martina Hingis is an example of someone who won all her titles while in her teens and then struggled to replicate her performances on court as she got older. Raducanu should take note of this and judge if she would rather have short-term or long-term success. While her current schedule is manageable enough, she needn't be in a rush to pile too many tournaments onto her calendar. A four-week break after her US Open triumph may have left her somewhat undercooked heading to Indian Wells, but neither would a packed agenda be to her long-term benefit at this stage.

Maybe this will be one of the first things for her new coach to address when she makes a decision on who will replace Andrew Richardson. Raducanu parted ways with Richardson after her victory at Flushing Meadows, only a few months on from bidding farewell to previous coach Nigel Sears. She has talked of needing a more experienced mentor for the next stage of her career, which is an admirable decision, but once she has somebody in situ they will need to ensure that the workload is right for her entire career, not just for her immediate future.

Tennis is a year-round sport, and it can be easy to get caught up in the whirlwind. It is to be hoped that Raducanu doesn't get caught trying to do too much too soon.