Tennis legend Rafa Nadal insists that he has never let any of his many career injuries distract him from the job in hand – and stresses that this year at Wimbledon will be no exception.

The 36-year-old is now the player having won a record number of Grand Slam singles titles at 22 having already this year enjoyed success at the Australian Open and then for an incredible 14th time at the French Open on his favourite clay surface in Paris.

That came in spite of the chronic foot pain due to the Mueller-Weiss syndrome that Nadal has suffered with to some degree for most of his career, a degenerative condition that affects the Navicular bone in the feet. Injections helped numb the pain sufficiently to lift the trophy in France, and the fears that the two-time Wimbledon winner’s participation could be at risk have been allayed.

Nadal, who starts his campaign for a third title against Argentina’s Francisco Cerundolo in his first appearance at SW19 for three years, said: “It is obvious that if I am here, it's because things are going better. If not, I would not be here.

“So I am quite happy about things. I can't be super-happy because I don't know what can happen. But I only can speak about the feelings that I am having the last two weeks. There are a couple of things that are so important for me. First of all, I can walk normally most days, almost every single day. That's for me the main issue. When I wake up, I don't have this pain that I was having for the last year and a half, so I am quite happy about that.

“And the second thing is practicing. Over the last two weeks, I didn't have not one day of these terrible days where I can't move at all. Of course, some days are better, some days a little bit worse. The feeling and overall feelings are positive.

“But we cannot be talking about my foot every single day. If not, we forget the most important thing: that is tennis. Of course, the treatment that I did didn't fix my injury, not improving my injury at all, but it can take out a little bit the pain. That's the main goal. “Sometimes the things in the medical world, and mathematics,  is not predictable 100 per cent. But in theory that can help the foot because it is about the nerve. You touch the nerve, so then the nerves is like asleep in some way for a while, but then recovers. So how long the nerve is going to be that way, I can't tell you. 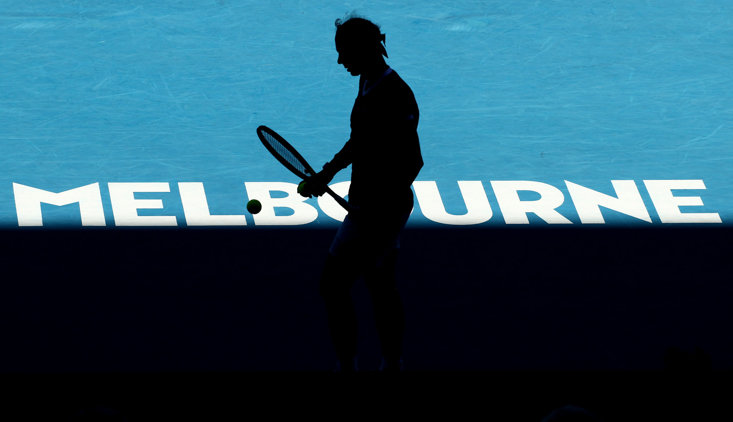 “In my life, it's very clear; I have had a lot of problems in my life in terms of injury. I am not thinking every day going on court thinking ‘How I going to be today?’ No, I am positive. I think I'm going to be fine. Then if something goes wrong, I accept it. You can't compete and be thinking all the time if that happens, if the pain comes back, because then you are not focused on what you have to do. I think I was good managing that during all my tennis career.

“Tennis is the second part of your life. Probably the most tough part is having pain in your life on a daily basis. If you don't have pain outside of the tennis, it's fine. And then maybe you don't play tennis. But the problem that I have is that I have pain walking every single day. That sometimes affects your happiness.

“But in general terms it has been an amazing, positive six months in terms of tennis results. Yeah, I enjoyed it because it has been unexpected. Though now is the moment to keep going, if I am able to be better with my body. The main thing for me is keep enjoying my daily work and my day by day playing tennis.”

But there is also someone missing this year, a significant part of Nadal’s tennis life, and a rival that has pushed him on to ever greater heights - with the Spaniard fairly sure that the reverse is true. With Roger Federer himself still recovering from injury and knee operations, the Swiss is pencilled in for an autumn return in his home tournament of Basel that could yet even prove a farewell despite earlier indications he might like to play on in 2023.

It is the first time that Wimbledon has been staged since 1998 that Federer has not featured in the main draw of the singles, a title he has claimed on no fewer than eight occasions. And there must be at least a doubt whether he will ever play there again.

Nadal reflected: “We shared lot of important things together, no? I think in some way all the things that we achieved…it is difficult to think of tennis over the last 15 to 20 years without thinking about the rivalry that we have had because we have been playing in every big stadium apart from New York. We shared the court, fighting for the most important things.

“I think in some way we pushed each other. I always want to think that my motivation never comes to me because of the others, just it's a personal motivation. But, of course, if you have somebody like him, like a rival, that he's amazingly good, it helps you to let you know the things that you have to do to be better. In some way it's easier to have a way to improve when you have an example in front that is better than you.”