Celtic’s Scottish Premiership opener will include a reunion with ex-goalkeeper Craig Gordon when they face Hearts on Saturday night.

Veteran shot-stopper Gordon spent seven years at Celtic, amassing 188 appearances at Celtic Park. The club saw fit to release him at the end of the 2019-20 season and he returned to Hearts, where his senior career began almost 20 years earlier.

He was not the only key player to depart Paradise in recent times, as captain Scott Brown bade farewell to the club he had spent 14 years with and captained in the most successful period of their history. He led the team to nine consecutive league titles and three consecutive trebles.

That leaves midfielder Callum McGregor as the most senior representative in a very raw-looking Hoops squad. The 28-year-old was named as Brown’s successor for the captain’s armband, and he will be tasked with fixing a shattered dressing room. He will need support and the club must look to add some experienced heads to the squad to ignite their title challenge and make them as competitive as they were only a few years ago.

The SPFL side have lost two experienced heads in the dressing room, and, after a disappointing campaign for Celtic last season, their departures couldn’t have come at a worse time. They finished 25 points behind Rangers last time around and the task to close the gap this season will be a daunting one. They’ll need as many wise heads as they can get ahead of their upcoming battle with their Glasgow rivals. 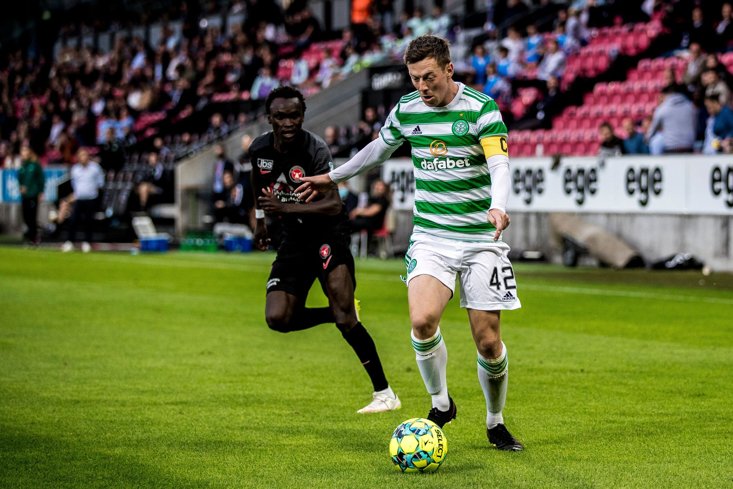 McGREGOR IS NOW CELTIC'S CAPTAIN AND MOST SENIOR PLAYER

New boss Ange Postecoglou has taken on this strenuous challenge, and he has already suffered an early setback in his post as Celtic were eliminated in the second qualifying round of the UEFA Champions League against Danish side Midtjylland in midweek. This will have opened his eyes to the magnitude of the job ahead of him.

The Australian coach took responsibility for his side’s failure to reach the next qualifying round, but it is worth remembering that Celtic have not reached the group stage of the competition since 2018. He also put some pressure on the board, who have been the real villains of Celtic’s rapid recent decline, calling for more signings, which the club desperately needs.

For now, he must deal with the resources he has available and it is clear that there is a lack of leaders in the dressing room without Gordon and Brown. Gordon’s seniority and experience will be a huge boost to Hearts as they hope to get their season off to a flying start by capitalising on Celtic’s shortcomings.

For the Hoops, there’s the prospect of closing the gap on Rangers at the top without the luxury of calling upon exactly the kind of experienced heads that usually permeate through title-challenging squads.