One word used more than any other at this point in a rugby league season is the M word.

Salford and Leeds have it, and used it to produce stunning victories over higher-ranked teams in the opening playoff eliminators.

The Rhinos’ win in Perpignan over a Catalans side who had destroyed them 10 days prior, was as much down to dogged determination and professional game-management as it was to an extraordinary disciplinary implosion from the French side.

The Dragons always play on the very edge of legal brutality, but got it so badly wrong in this one that it ended their season. Three sin-binnings - two to the same player in former NRL Grand Final winner Mitchell Pearce - and a late red card for a headbutt by giant prop Gil Dudson, marked an awful end to the Catalans’ season and the latest giant stride forward from resurgent Leeds.

Even more remarkable was that this was an under-strength Leeds team missing points machine Rhyse Martin, who simply just found a way to win. Catalans coach Steve McNamara has some rebuilding to do this winter. Having come within minutes of an historic first ever Grand Final win 12 months ago, this will feel like a big failure. 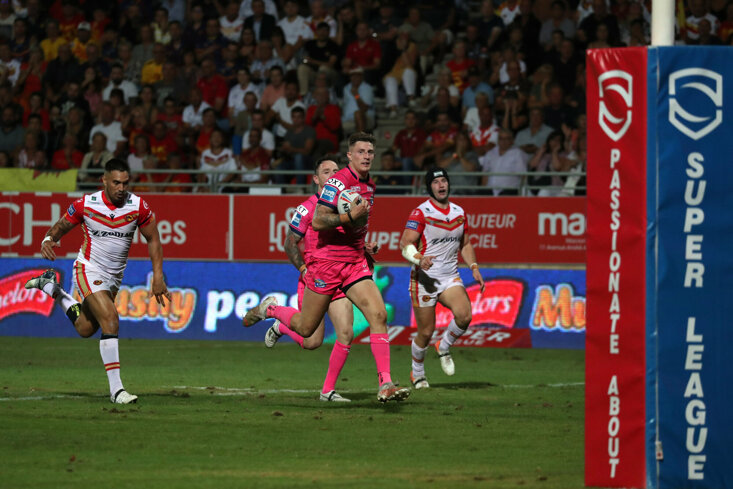 Leeds will head to Wigan this Friday as big underdogs in their semi-final, still without Martin, but with momentum, and bags of confidence to produce another giant upset.

This Rhinos side may lack the iconic leaders of their champion teams boasting Kevin Sinfield, Jamie Peacock, Kylie Leuluai, Rob Burrow and Danny McGuire. But having watched those sides win Grand Finals from fifth, this Leeds team has the belief, if not the stardust, to be able to do the same.

Speaking of stardust, Salford’s blossoming playmaker Brodie Croft produced his latest game-breaking display to fire the Red Devils past Huddersfield and into the last four.

Paul Rowley’s side did exactly what they have become known for this season, blowing the Giants away with a devastating first half of attacking rugby league for which Man of Steel contender Croft was again the inspiration.

The big blow for Salford was that the former NRL ace was knocked out cold and will miss Saturday’s semi-final at champion St Helens, with his team-mates now desperate to secure a Grand Final place in his honour. Expect Ryan Brierley and Mark Sneyd to step up and lead by example in the absence of their star man.

Salford are the embodiment of playoff momentum, winning nine of their last 11 games and inflicting the biggest defeat of the season on a Huddersfield side who have just run out of steam. The Betfred Challenge Cup finalists “played real dumb” according to their talented head coach Ian Watson and will now endure the pain of watching the season reach its climax on television.

So that leaves us with a semi-final line-up comprising the two best teams in the competition in champions St Helens and Cup winners Wigan, and the two form teams in Leeds and Salford. 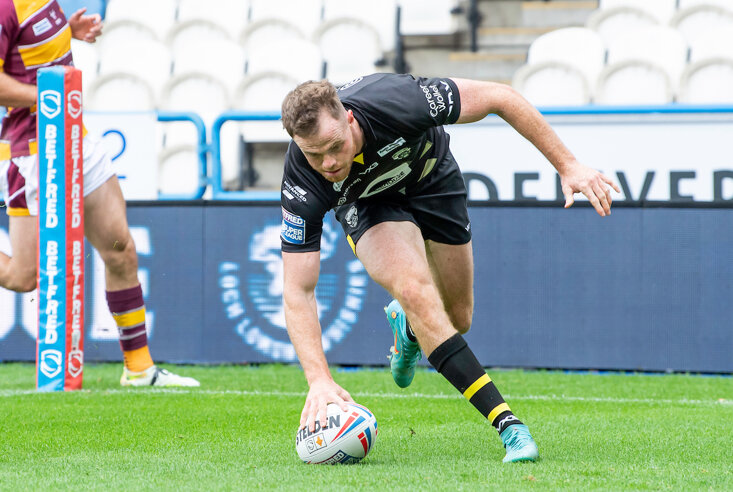 Saints have been stretched with injuries and even without Croft Salford will fancy it. While Leeds will reflect on their thumping 42-12 win over Wigan seven weeks ago as proof of their own capabilities to spring another shock. Regardless of form, Wigan v Leeds games are always like derbies. Full of fire, hatred and respect. A guaranteed blockbuster.

Smith has made a huge impact with every club he has joined and while Hull KR fans will be miffed at seeing Smith join their arch enemy, Black and Whites supporters can be confident of an upturn in fortunes. Smith lives and breathes rugby league and his immediate return to coaching shows his appetite remains strong. Incredibly he will now have coached five of the 12 clubs in the Betfred Super League.

Ironically Smith’s long-time assistant Willie Poching, who earned his stripes under Smith at Leeds before working as his number two at both Warrington and Hull KR, is now also out of work.

Despite rescuing Wakefield from the very real threat of relegation this year in his first full season as a head coach, Poching has lost his job. The club called it a “particularly difficult” decision given Poching’s passion and energy. But with the rugby league landscape changing, Wakefield’s early move is a telling one to ensure they are not left playing catch up again in 2023.