Tennis
News
The Swiss Maestro is preparing for an emotional retirement at the Laver Cup
Hector Nunns
13:30, 21 Sep 2022

It must have been nigh on impossible trying to pick out a few special and personal moments from a 24-year professional career so packed full of highlights and records. But the sporting icon and legend that is Roger Federer, preparing for an emotional retirement at the Laver Cup at London’s O2 Arena, had a go on Wednesday.

The 41-year-old from Basel in Switzerland announced earlier in September that this largely ceremonial if prestigious invitation tournament would be his last ATP Tour appearance - the surgeries on both knees having finally taken their toll and sent him a clear message.

And that news was greeted with the social media equivalent of a worldwide standing ovation. Because for Federer, it wasn’t just what he won – and that was impressive enough, with a CV boasting 20 grand slam triumphs, a total of 310 weeks at No1, 103 ATP titles and Olympic doubles gold. It was more the way he did it, much like a Ronnie O’Sullivan in snooker.

Watching Federer play tennis, especially live, was an event and an experience in itself. Seeing the ball so much earlier than most gave him an almost unmatched ability to whip the ball back over the net with lightning-fast racket speed past hapless opponents from almost any court position. And more than that, it made an incredibly tough sport look effortless. Throw in a swashbuckling serve to add to the buccaneering style off both wings, and you were witnessing sport at its very best.

Seeking to summon up his own best memories, Federer said: “It’s funny, I haven’t really gone deep-diving yet into thinking about what are those special career moments. Off the top of my head you think about the first Wimbledon win in 2003…the match [win] against Pete Sampras at Wimbledon in 2001…the 2017 comeback and winning in Australia…and the 2009 French Open. ​​​​​​ 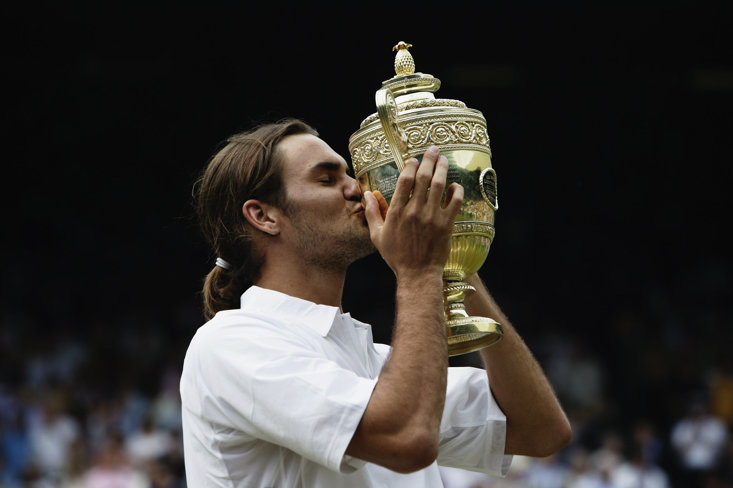 “One of my other big moments was winning my 15th grand slam at Wimbledon when Pete was sitting there. Anything after that was a bonus, that was the record.

“I am most proud of my longevity. I was famous for being quite erratic at the beginning of my career, and not being so consistent. So to go on to become one of the most consistent players ever has come as quite a shock to me as well. So staying at the top for so long for me personally, I have really enjoyed. I never understood how Michael Schumacher and Tiger Woods did it. Next thing you know you are part of that group.

“But I know there are also a lot of different little nuggets as you go along. It could be a quarter-final at an ATP 500 event maybe where you learned something. I will have to really go back into the memory to find those moments that meant a lot. And often they may have been off the court, meeting someone or with the team. I am fortunate I can pick and choose which moments were the best, because there were so many.”

Federer also remains arguably the greatest living proof that nice guys can still be winners in sport. So nice, that he is regularly forgiven the many fashion nightmares along the way that brought us such monstrosities as the cardigan, the blazer, the three-piece suit and the Gucci cobra jacket.

And on the issue of his demeanour, he added: “You need everything including grit and determination, fight and toughness to stay at the top, even if people will talk about the other things. It’s not gifted to you. For some players it is easier and more ingrained in their DNA. I had to go and find it. I was lucky to be gifted with racket head speed and that stuff. But I struggled with the other stuff and was criticised fairly or unfairly.

“Why wouldn’t I fight more when I was losing? It was thought I didn’t give it all I had when losing – even though I cared probably more than most players. Was I supposed to run more, sweat more, shout more, be more aggressive towards my opponent?

“But that wasn’t me, I am not like that and it wasn’t my personality. I was told to be tougher and not so nice. I tried that – but it was all an act. So I decided ‘try the nice way, and let’s see where that takes me’. Be normal and authentic, and be myself. 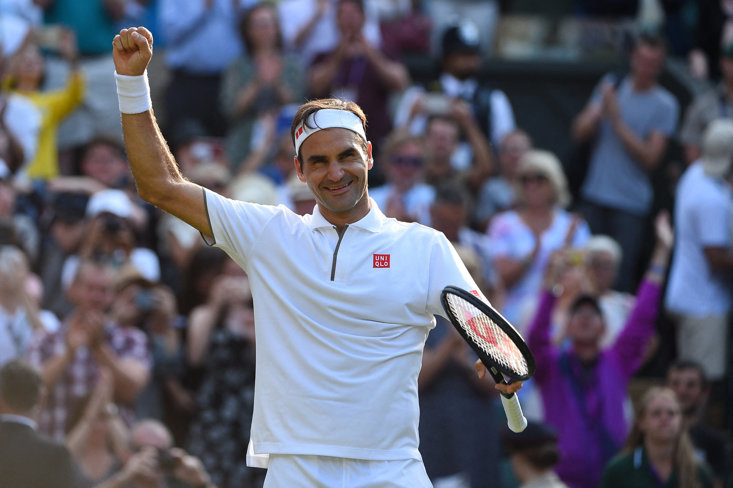 “In terms of what I will miss, the fans are central to everything. I lived through the Covid times as well like we all did, and it wasn’t fun, not great, I didn’t like it. And had my whole career been like that with no fans, it would have taken away 80 per cent of my emotions and feelings of what it meant. I will miss every interaction.

“I was in a scared place about facing the music with this and talking about it without getting emotional. But I wanted to be happy and for it to be fun, and this event seemed very fitting. Having Bjorn Borg on the bench with me and the other guys, it felt like I wouldn’t be lonely announcing my retirement! The next few days will be very special.

“But I want fans to know I won’t be a ghost. It’s funny, I don’t think Bjorn returned to Wimbledon for 25 years and that in a way hurt every tennis fan. It was totally acceptable, his life and his reasons, but I don’t think I will be that guy. Tennis has given me too much, I have been around the game too long and fallen in love with too many things. You’ll see me again. In what capacity, I don’t know.”