Football
News
Snatch of the Day: How ITV Brought Us The Greatest Title Race In History
Matthew Crist
15:15, 15 May 2018

The climax to the 1988/89 First Division season was the most exciting in history with the title race quite literally going down to the very last seconds of the final game; and what’s more we were able to enjoy the drama in a way we never had before thanks to something of a broadcasting revolution.

Unlike today for much of the 1980s football and television didn’t really go hand-in-hand. A number of high-profile fall-outs between the clubs and broadcasters, combined with the fact that the sport just wasn’t that sexy back then, meant that unless you went to the match you had little chance of seeing any of the action.

But when ITV paid £44 million to secure the exclusive rights to be the sole broadcaster of top-flight football in 1988 (the previous deal in 1986 had been £6.3 million) it would ultimately change our viewing habits forever courtesy of The Match, which burst onto our screens and broadcast live games to an increasingly hungry audience.

Previously the rights for English football had been shared by ITV and the BBC, but ITV's desire to show more live football, along with the arrival of other significant players such as BSB, meant that this partnership would be split; leading to a vastly inflated bid.

So some four years before Sky Sports promised to bring us a “whole new ball game,” with their coverage of the newly formed Premier League in 1992, ITV Sport set about revolutionising the way we watched our national sport with their new flagship show, as armchair viewers enjoyed an unprecedented amount of live football; making host Elton Welsby a household name almost overnight.

“The head of Sport at London Weekend Television back then was John Bromley,” he tells The Sportsman “He called me into his office and said: ‘How do you fancy presenting the live football for ITV?’ I thought he was joking.”

Starting out with regional channel Granada in the late 1970s Welsby had become a well-known face in the North West as well as fronting live games for ITV Sport; but such was the sporadic nature of football on TV at the time games were few and far between, with only six top-flight league games being shown on the network the season before; but that was all about to change.

“It was our intention to involve the viewer as much as possible,” he explains as ITV introduced a number of never seen before features including in-goal cameras, goals from the previous day’s games while viewers were encouraged to phone-in and choose their Man of the Match; a fresh and innovative approach which suited his laid-back presenting style.

“Instead of an autocue I used to prepare a handwritten script, which I would memorise and work around before going on air, something I was encouraged to do by Paul Doherty who was Head of Sport when I started at Granada.

“We tried to tell a story around football and let the pictures speak for themselves. There was even a magazine that would coincide with the live game while you could go and buy the programme for that live match from your local newsagent if you wanted to.”

As it turned out that campaign couldn’t have been more enthralling for the new broadcaster and after beginning their exclusive coverage with a 1-1 draw between Everton and Manchester United at Goodison Park that October viewers were treated to an almost weekly dose of gripping action as the most exciting campaign in years was played-out to the nation, culminating in an incredible final twist.

Having held a nine point lead over Liverpool at the turn of the year George Graham’s Arsenal were chased down by Kenny Dalglish’s Liverpool who - following a 3-1 defeat to Manchester United at Old Trafford on New Year’s Day which was watched by millions on The Match – embarked on an incredible 18 game unbeaten run including nine straight wins.

Their momentum was only halted due to the terrible events which took place at Hillsborough on April 15, 1989 when 96 supporters died as a result of a crush at the Leppings Lane end of the ground during their FA Cup semi-final with Nottingham Forest.

“I was hosting the ITV results show that day and the information came through to us bit-by-bit,” remembers Welsby. “First we heard the death toll was 25 and then it just kept rising.”

Football was rightly put on hold but when the action did resume two weeks later Liverpool’s incredible form continued meaning that when Arsenal travelled to Anfield for the final game of the season on May 26, to be played on Friday night due to the subsequent fixture congestion, the maths were simple; Arsenal had to win by two clear goals if they were to claim the title; and of course the game was shown live on The Match.

“Nobody thought they could do it,” remembers Welsby, who was fronting the ITV coverage that night as an audience of around 20million people tuned in to see the league title decided one way or another on the final day live on TV for the first time ever as the top two sides went head-to-head.

“Probably the only person who did was Arsenal boss George Graham,” he explains. “I did an interview with him before the game and at the very end he said to me, ‘I tell you what, if we score one, we will get two.’ I knew George pretty well at the time and he had a glint in his eye and I could see that he really meant it. He certainly convinced me. However, in their infinite wisdom the editors that night never put that bit in the broadcast.”

Watching with Welsby in the ITV studio that night was the then England Manager Bobby Robson, one of many familiar faces who appeared regularly on The Match as ITV called upon a host of top names to provide in-depth analysis and opinion.

But even for a man who had seen as much in the game as the late Sir Bobby, Arsenal’s 91st minute winner, a goal which sealed a 2-0 win for the Gunners and ultimately clinched the title in the most incredible way imaginable, was simply too much to comprehend.

“When Michael Thomas scored that goal with almost the last kick Ian St John, who was watching in the studio with us, threw his head back in anguish and actually fell off his stool,” explains the man whose job it was to anchor one of the most watched sporting events ever.

“For Arsenal to go to Anfield and win by two goals, well, it just wasn’t going to happen, was it? That’s why it will always be the greatest finish to a season ever and I’m glad to have just been part of it.” 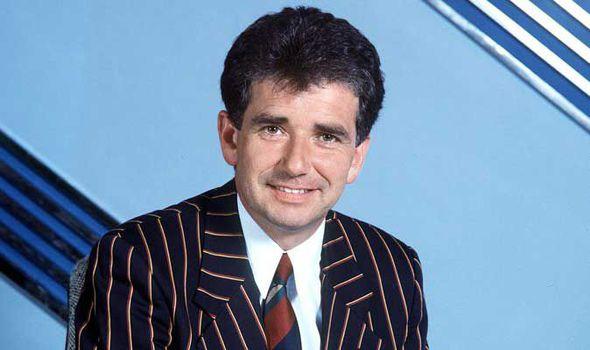