Football
News
On Wednesday, Spain look for revenge against Italy before France take on Belgium in the other semi-final on Thursday
Hector Nunns
15:32, 05 Oct 2021

The Nations League climax, delayed from June after Euro 2020 was pushed back, features a semi-final line-up to grace any World Cup. And the sheer quality on show should remove any danger of the tournament finale being overshadowed, coming so soon after the summer drama and alongside key qualifiers for Qatar 2022.

With the debate still raging over how much international football is played, the Nations League format has, unlike some of the qualifying tournaments for supposedly bigger events, consistently served up exciting and well-matched contests for spectators and TV audiences. Having delivered on that brief, it fully deserves a share of the spotlight.

On Wednesday hosts Italy, still basking in the warm glow of their European Championship success and on a world-record unbeaten run of 37 games under Roberto Mancini, take on Spain on home soil in Milan in a repeat of their Wembley semi-final in July won 4-2 on penalties after a 1-1 draw.

And then in a no less glamorous and alluring match-up world champions France take on the No1-ranked side Belgium in Turin 24 hours later on Thursday, with once again a host of Premier League players involved. The final will then take place back at the San Siro Stadium on Sunday.

Italy’s two home qualifiers since their latest Euros glory have both been played in front of very limited crowds, and with restrictions now eased Wednesday will see tens of thousands of supporters get to properly hail their conquering heroes.

One player that is slightly more nervous about the reception that awaits is former AC Milan goalkeeper Gianluigi Donnarumma. Having moved to Paris Saint Germain as a free agent in the summer, many Rossoneri fans were furious that 22-year-old star Donnarumma refused to sign a new deal and so left for nothing. 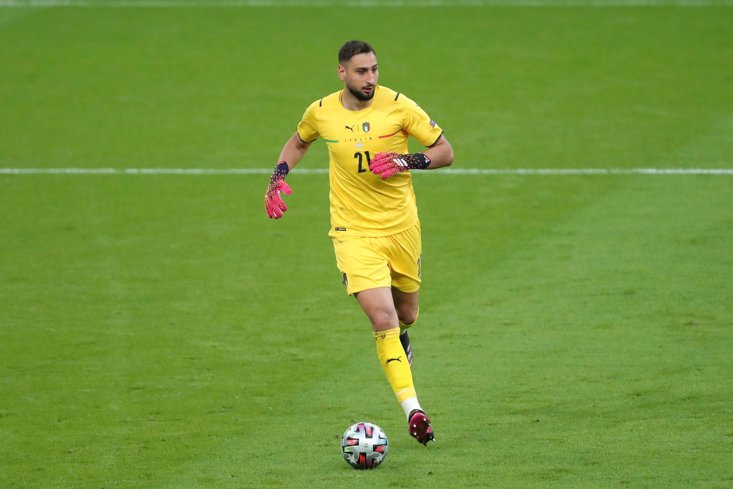 Asked if he could expect some stick on his return to the city, Donnarumma said: “It would be sad if that happened. I always gave everything for Milan and I hope the subject can be put to one side.”

With striker Ciro Immobile pulling out of the squad, Juventus forward Moise Kean, on loan from Everton was called in and it looks likely either he or Domenico Berardi will come in up front alongside Federico Chiesa and Lorenzo Insigne. Two other young talents to watch out for if they get on are Roma’s in-form teenage midfielder Lorenzo Pellegrini, and Sassuolo’s Giacomo Raspadori.

Mancini acknowledged that “Spain were the team we struggled against most during Euro 2020 - they are a good team, with good players”.

Chelsea flop Alvaro Morata, who both scored for Spain in normal time in the Euro2020 semi-final and then agonisingly missed a crucial spot-kick in the shootout allowing Jorginho to win it for the Azzurri, will not get his own chance for revenge - as the Juventus striker is injured. Manchester City’s Ferran Torres may well get the nod up front in his place.

And for the rest of Luis Enrique’s squad, redemption will be uppermost in their minds. Beating Italy and then going on to lift the trophy on Sunday night would not banish all the unhappy memories of the summer, but it would go some way towards achieving that goal.

Marcos Alonso’s good form for Chelsea has seen him recalled to the squad where he joins team-mate Cesar Azpilicueta, while Tottenham winger Bryan Gil has been drafted in after the withdrawal of Atletico Madrid midfielder Marcos Llorente.

And while one of Spain’s star teenagers, Pedri, is missing the other in the form of Barcelona’s 17-year-old Gavi has been selected despite limited La Liga appearances this season and some concern expressed by pundits over whether the call-up comes too soon.

Spain head coach Enrique revealed that the team’s psychologist had offered the players hope of ending Italy’s extraordinary unbeaten run. He said ahead of the clash: “We'll be facing a great Italy team but like our psychologist says, defeat comes to every team. And that means that they're closer to losing, that time is getting nearer. We could have beaten them in July.”

What can only be described as a second main course will then be served up on Thursday, as Belgium’s ‘golden generation’ attempt to finally land some silverware against France, who beat the Red Devils 1-0 in another semi-final on their way to winning the World Cup in Russia.

The soap opera that seems to have surrounded France in recent years - even during their reign as the world’s best - shows no signs of letting up.

And the 22-year-old striker Kylian Mbappe, such a key player for both Les Bleus and PSG, has hoovered up most of the headlines in the build-up with forthright revelations about his own Euro 2020 campaign – largely seen as disappointing having failed to score and then missed a penalty in the shootout against Switzerland as pre-tournament favourites France crashed out in the last 16 having led 3-1 after 80 minutes. 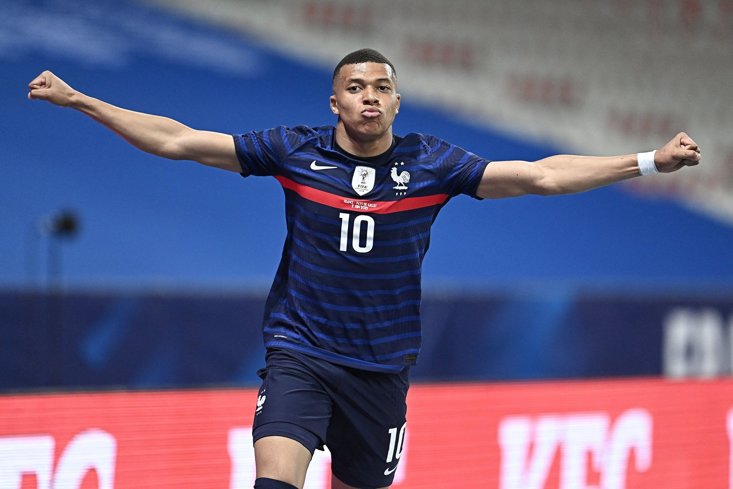 Mbappe, still set to win a 50th cap on Thursday, was criticised at home, accused by some of letting his ego run amok, and a very public bust-up with Olivier Giroud was felt to have destabilised team morale. And he has admitted that quitting playing for France did cross his mind.

Mbappe even spoke with FFF president Noel Le Great, and was unhappy that the administrator made public details of what he had understood to be a confidential exchange.

And the Karim Benzema saga that briefly disappeared as he was accepted back into the France fold by Didier Deschamps after five years in exile, may be about to flare up again. He is preparing for a court appearance later this month on charges of being involved in blackmailing former team-mate Mathieu Valbueana over a sex-tape - something the striker has always denied.

Elsewhere veteran Giroud, just five goals shy of equalling Thierry Henry’s all-time France record of 51, has again been left out by Deschamps though Manchester United's Anthony Martial made it in.

Apart from Belgium boss Roberto Martinez being linked with the Real Madrid job, things are quieter in their camp although they also will be motivated by the thought of some revenge for that damaging World Cup semi-final loss in St Petersburg. Though they remain without Dries Mertens and Thomas Vermaelen, the big hitters Romelu Lukaku and Eden Hazard – with now exactly 100 international goals between them – along with Kevin De Bruyne are all fit and firing for what should be another thrilling meeting.