Tottenham Hotspur striker Harry Kane is reportedly open to signing a contract extension with the North London club. The Athletic have revealed the England captain is scheduled for talks over a new deal when the winter transfer window closes at the end of the month. Spurs cannot afford to lose a player who is a beacon of stability in a sea of uncertainty.

Manchester United have been circling Kane as Tottenham’s talisman enters the final 18 months of his contract. The forward had been at loggerheads with the club’s owners in the past when he was denied a move to the Red Devils’ rivals, Manchester City. But with Erling Haaland lighting up the Etihad, there are less domestic avenues for Kane to earn the sort of money, prestige and silverware he feels he deserves.

Kane won’t risk his legendary status at the Tottenham Hotspur Stadium by moving to bitter enemies Arsenal. Chelsea are a possibility, but Stamford Bridge is a bit of a graveyard for top strikers, as Alvaro Morata, Romelu Lukaku, Timo Werner and Pierre-Emerick Aubameyang can attest. Liverpool’s attack is stacked, with Jurgen Klopp needing reinforcements in midfield instead. United stand alone as a domestic option that makes sense for Kane if he does leave Spurs.

But the three-time Premier League Golden Boot winner is now considering staying put. It is vital that Tottenham try and make this a reality if at all possible. With questions being asked about the club at all levels, from the boardroom to the pitch, Kane is the one certainty at a club in turmoil.

One element of flux at the club could also provide a barrier to a new contract for Kane. The identity of the Spurs manager from next season and beyond is currently up in the air. Incumbent Antonio Conte’s contract runs out in the summer, with considerable doubt surrounding his future. 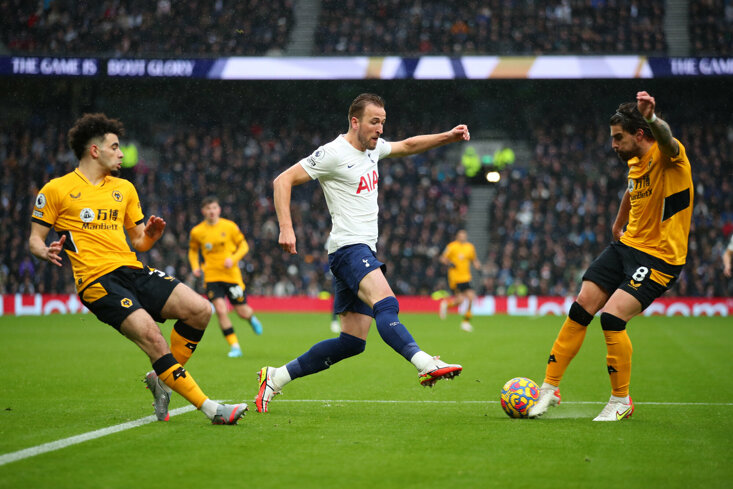 With the Italian’s methods being questioned by the fanbase and the team sliding out of the Champions League places, some feel it is time for a change. Former Chelsea manager Thomas Tuchel has been linked with the role while the perennial talk of Mauricio Pochettino’s return looms large. But convincing Kane to commit his future without giving him an idea of what that future will look like borders on brinkmanship.

Kane is reliable in a way that other Spurs players just aren’t. He has 15 Premier League goals in 20 games this season as part of a team underperforming against their potential. Strike partner Son Heung-min has just four in 18 as he struggles to recapture his best form. New signings either haven’t quite gelled, such as Ivan Perisic, or have had no discernable impact, like Djed Spence. In amongst a misfiring squad, Kane is a totem of consistency.

Even off-pitch matters seem to be working against the North Londoners at the moment. Managing Director of Football Fabio Paratici has just been banned from Italian football for 30 months. He has been charged with false accounting during his time as Chief Football Officer at Juventus. The ban is not applicable in the United Kingdom and he has not been found guilty of any wrongdoing while at Spurs. But the charge still brings controversy and uncertainty at a time when Spurs are plagued by numerous issues.

Perhaps Kane doesn’t want to be the saviour of a club facing all of these issues. But, like Alan Shearer at Newcastle United before him, he has remained loyal thus far. While there have been wobbles, he has remained at Spurs through thick and thin. Every club has problems, including Manchester United, who seem his likeliest alternative destination. Perhaps Kane has acknowledged that fact and decided this is a case of better the devil you know. Time will tell, but Spurs fans should certainly not give up on keeping their superstar striker just yet.