Leeds United and Brentford played out a goalless draw at Elland Road in the Premier League on Sunday afternoon and there were signs of progress for Jesse Marsch’s side.

Leeds recorded their fourth Premier League clean sheet of the season which will no doubt have a huge impact on the dressing room as their season has been defined by leaking goals which have cost them in many of their matches.

Both teams’ defences were the winners in the first half as there were no clear-cut chances at either end. From a Leeds point of view, supporters will have been pleased to see some organisation amongst their back line and perhaps new signing Max Wober being handed his first Premier League start had something to do with it.

The Austrian and his fellow Leeds defenders did really well to nullify the threat of Brentford’s star man Ivan Toney and his strike partner Bryan Mbeumo. Robin Koch made a key interception in the first half to stop Rico Henry from finding Toney at the back post for a simple finish and you get the feeling that the Leeds defence are starting to understand their roles and responsibilities which could be huge for them moving forward, and it certainly took them long enough.

Marsch has been under increasing pressure this season due to several exciting signings being made and the team still struggling to push their way up the Premier League table. There have been a lot of concerns from fans about the American being the right man for the job but we have certainly seen a lot of promise from his side this term. You just have to remember when they outclassed Chelsea at home in their 3-0 win earlier in the season, then of course their incredible comeback at Anfield to beat Liverpool 2-1 in October. 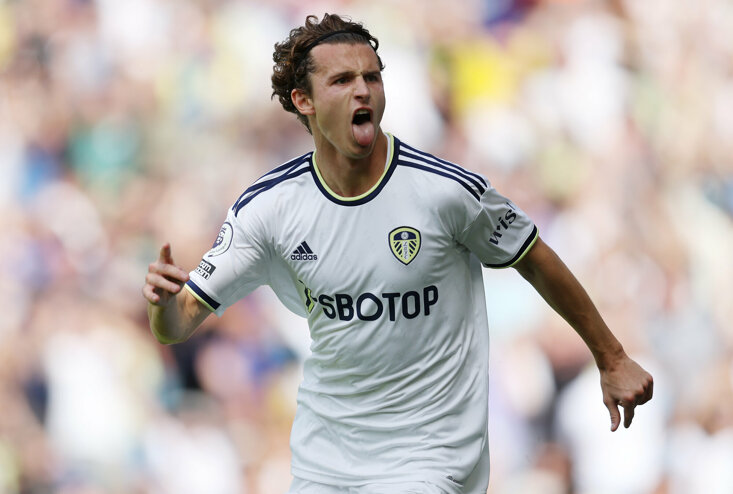 Consistency has undoubtedly been a huge issue for Leeds but in recent weeks you feel that they are close to changing the tide. They may have been beaten by Aston Villa at Villa Park in their last league fixture but they were largely the better team and were rather unfortunate to not take anything from that match. Then they had their FA Cup Third Round replay at home against Cardiff City which they won 5-2, with a far better showing than the reverse fixture.

Then in their match on Sunday against the Bees, they mostly outplayed the team that have become renowned for outplaying the bigger opponents in the division. Not to mention they asked Brentford’s defence a lot of questions which throughout the season not many teams have been able to do because of how well Thomas Frank sets his team up. Leeds attackers Rodrigo, Wilfired Gnonto, Jack Harrison and Brenden Aaronson all had some good chances to score but they were either thwarted by David Raya or they weren’t clinical enough with the opportunities they were presented.

You can see what Marsch is looking to implement at Elland Road and it looks as though he has got some of the key cogs in place for the team he wants. It may not bring success overnight but he definitely needs the patience from the supporters to build this team. Arsenal fans wanted Mikel Arteta out over a year ago, and now they all love him as he has them in a great position to win the Premier League - all he needed was time.

Fans will certainly be pleased to see the team come away from this game with a point against a team fighting for European football, and to get a clean sheet as well is a greatly appreciated bonus. The players have shown they have what it takes to show their strength as a defensive unit, and we know that they can break forward well, they just need to be more ruthless in front of goal. If they can do that, while adding a few more clean sheets in the remaining matches of the season, they could easily pull themselves away from relegation danger.